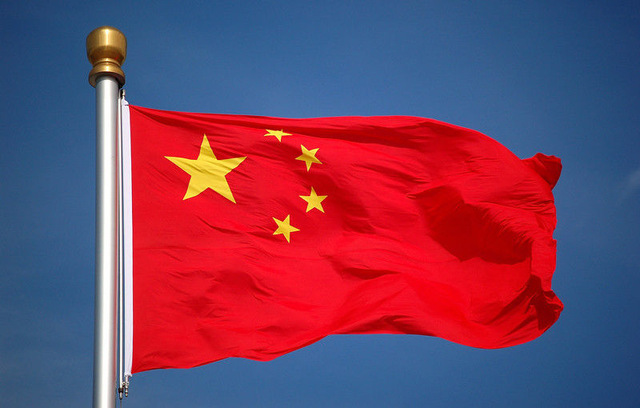 The rise of China as the second largest economy in the world has initiated discussions on China’s future position in the international system. Could China be the next world superpower, one that passes US hegemony? It can, but it needs to gain power in the political and cultural realms, through the gaining of military power and technology, allies and politics, currency and financial markets and language. It must be kept in mind that it is the United States’ ability to operate globally is what it makes it a superpower.[1]

The United States’ military is arguably the most powerful and advanced military in the world.  The US military has “control over the air, space and the open sea, along with the necessary infrastructure for managing these domains”[2] because “the United States has built up a massive scientific and industrial base.”[3] The United States’ technology, and more specifically, its military technology is far superior to China, and it will take China a lot of time and money to reach the United States in one of those domains, let alone all of them. It is important to note that “China’s defense industry is still in its infancy,”[4] and “it takes a very particular set of skills to use all these technological weapons.”[5] These factors highlight the difficulty China faces in obtaining the same technology and amount of weapons as the United States but also the infrastructure and the skills to use them.

Allies and the political systems also play a role in world dominance.  If China wants to be a superpower, China will need an appealing political system that can be a model for the rest of the world and influential friends who may choose to follow that same system.  After the cold war, the democratic and capitalist model of the United States became the system to emulate for developed nations.  Many other countries in the world, especially in Europe, have been using the same system and are among the most developed countries in the world. China, however, has been using a different method to achieve economic growth. This system seems fragile to the rest of the world because it holds all the decision power in a powerful central government without opposition, rather than the market or the will of the citizens. Also, no other country in the world, if any, is using the Chinese economic system and achieving the same amount of economic development. Therefore, China’s policy has yet to prove itself as a successful financial system.  China also does not have robust allies that can help it become a world leader, as its closest allies are Pakistan and North Korea, neither of them is substantial enough to support China in becoming the world leader.

Currency and financial markets also provide the United States its status as the world’s superpower. The dollar is the most used currency in the world, and many countries use the dollar as their monetary reserve. On the other hand, the Chinese government has been accused of fixing their exchange rate many times thereby weakening the Yuan to help exports from China.  Also, financial markets play an essential role in making the US as a dominant nation.  Many countries invest their money in American financial systems like bonds and stocks because of the guarantees inherent in the American political and economic system. China does not have this strength in their financial system, as many countries do not have confidence in the Chinese system, and therefore, they cannot trust their money in an order that might repossess their investments at any time without any justification.

Finally, language is a factor that plays against China if it wants to become the world leader.  Thanks largely to the British Empire, English is the most common language regarding business and diplomatic relations, and the use of English worldwide allows the United States to operate globally. It seems very implausible that Mandarin will be the language that dominates the international arena because it is vastly different from the western languages. Mandarin is the most spoken language in the world, yet it is far away from being the dominant language in the world, because of its substantial differences with western languages.

After examining these issues, it is hard to believe that China will become the next superpower, at least for the time being.  To overcome these difficulties, China needs a long time and the power to establish themselves, first as a regional hegemon, to be able to compete with the United States for global dominance. However, it also needs the will of the United States to let them gain military, political, and cultural influence in the rest of the world, something that appears to be impossible at this time.

Juan C. Garcia is a Social Media Editor at the Journal of Diplomacy and a first-year graduate student specializing in International Economics and Developments and Global Negotiation and Conflict Management.  A strong believer in free and fair trade.