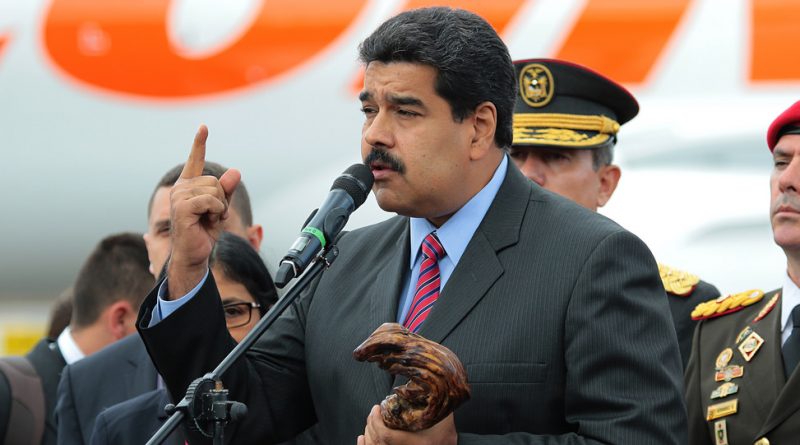 Venezuela’s Future: More of the Same?

How different would Venezuela be without President Nicolas Maduro?  Three things are certain: 1) many of the country’s humanitarian issues, such as, shortage in basic humanitarian goods and violation of political freedoms would be greatly alleviated; 2) many of the economic issues, such as, hikes in inflation, budget expenditures, and job losses would come under control; and 3) many of the political issues, such as, the constitutional crisis and powers of the president would be checked.  These are issues that any public figure that can supplant President Maduro would address. Beyond these issues, however, how different would Venezuela’s future be?  Would a Venezuela without Maduro bring “real” change?

Leopoldo Lopez, one of the most charming, eloquent, and prominent leaders among the opposition forces to President Maduro’s United Socialist Party of Venezuela (PSUV), making him one of the strongest critics to President Maduro, which, consequently, has had to spend time in jail for, and is now under house arrest and is banned from participating in politics, had the leisure to compose a letter, during his time spent in an isolated cell, addressing what Venezuela’s future should be like, that is, how to fix the economic catastrophe wrought by mismanagement, not just by Maduro’s administration, but by prior administrations that date back several decades.  In one sentence, this is what he had to say: “Oil has Cursed Venezuela but Could Also Save the Country.”  Does this sound like a bright vision for Venezuela?  Let’s walk it through.

Venezuela has no other industry but oil. Half of Venezuela’s GDP and 95% of its exports are based off this industry. It makes sense, therefore, that the first precursor to salvation would depend on this industry. The problem is that Venezuela’s oil industry faces many challenges.  One challenge, for example, is that its refining capability has deteriorated significantly, meaning that Venezuela must now import about 30% of its oil needs, which increases Venezuela’s debt burden. In addition, oil production has declined so drastically that it is difficult to imagine how prudently can Venezuela’s coffers be replenished. While these challenges can be addressed by technical support, international assistance, and foreign direct investment (FDI), which would all be possible in a Venezuela without Maduro, the fact of the matter is that this industry only employs a small percentage of Venezuelans. If Lopez believes that Venezuelans, although not employed in the oil industry, can still benefit from the oil industry through wealth distribution, that is, all royalties from Venezuelan oil sales going directly to citizens in equal proportions rather than to the state, then there is hardly any difference between him and Maduro per se—the cycle of dependence that gives life to the vicious cycle of political and economic instability remains unbroken.

While it can be agreed upon that Venezuela’s oil industry needs better management to get rid of its many troubles, what shall not be agreed upon is to let Venezuelans think that the oil industry remains their salvation. Alleviation yes, but not salvation! Venezuelans need a real vision for their country’s future. A vision that does not simply embraces prosperity, but one that guarantees it.  A vision that does not simply states that the cycle of dependence can be broken, but one that shows guidance in how to do it and why it is necessary to do so. A vision that does not simply allow charming, eloquent, or populist leaders to prop up into political surface with idealistic rhetoric, but one that stops such figures from taking advantage of people’s ignorance.  Such vision begins by forming and building robust political parties.

The horrible nightmare that Venezuela is going through right now would not end with Maduro gone. The Maduro-caused humanitarian, economic, and political issues would surely be addressed and alleviated, but a prosperous future, that is, a real change to Venezuelan society, which has long been in need for, would not be in its making without robust political parties.  Opposition leaders should rethink their anti-demonstration strategies and instead conserve their energies and direct it toward forming and building robust political parties.  The first step needed to begin this process is to acknowledge that building robust political parties is a difficult, rigorous, and long task.  This implies that Maduro and the PSUV will not be defeated today, or tomorrow.  Accordingly, the following steps are what opposition leaders need to take:

Edder Zarate is an Associate Editor at the Journal of Diplomacy and a first-year graduate student specializing in Foreign Policy Analysis and International Economics and Development.  He is a pragmatist at heart, and a devil’s advocate by choice.

[i] Kenneth F. Greene, Why Dominant Parties Lose: Mexico’s democratization in comparative perspective, (New York, NY: Cambridge University Press, 2009).  In this case study, Greene demonstrates that dominant parties are able to stay in power for long periods of time not because they have more resources (e.g., money) at their disposal to use during campaigns, nor because they have the power to legislate electoral rules that put their party at an electoral advantage during an election, but because opposition parties are able to transform themselves into robust political parties, which to a large extent requires creating political platforms that go beyond their core constituents’ interests.  This is why the Mexican PAN party was able to defeat the Mexican PRI party, which had been the dominant party since 1929, in 2000.  Interesting enough, the PAN party loss to PRI in the 2012 national election because PAN had resorted back to old campaign strategies that only satisfied PAN’s core bases rather than the general and median voter.  Similar similarities between Mexico’s PRI and Venezuela’s PSUV can be drawn, as to the resources at their disposal and electoral rules putting their parties at an electoral advantage, and similar similarities between Mexico’s opposition parties and Venezuela’s opposition parties can be drawn, as to why they continue to be none-robust political parties, which is costing them electoral victories.