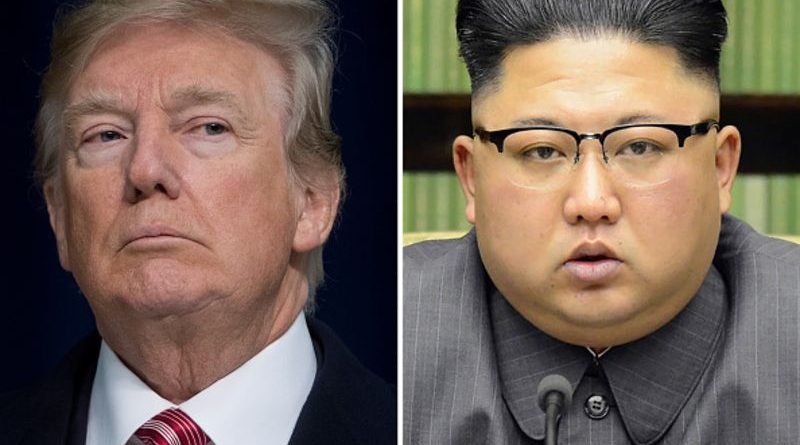 Talks between the U.S. and North Korea?

On Tuesday, March 6th, after meeting with North Korea’s Kim Jong Un, senior South Korean officials announced that North Korea would be willing to engage in talks with the United States. South Korean officials met with President Trump on Tuesday and extended the invitation for talks on behalf of the Kim Regime. According to South Korea, Kim Jong Un has put denuclearization on the table and hopes to discuss normalizing relations with the United States. Two days later, on Thursday, March 8th, President Trump shocked many when he announced that he would meet with Kim Jong Un for talks by the end of May. Prior to this statement, Trump and other senior White House officials expressed their concerns over the sincerity and legitimacy of Kim’s offer for talks. These announcements come on the heels of last month’s Olympics in PyeongChang, in which North Korea engaged in Olympics-fueled diplomacy with its southern neighbors, as well as amid escalating pressure in the form of new sanctions on North Korea imposed by the U.S. and the United Nations in recent weeks.

President Trump’s announcement to engage in talks with North Korea by the end of May could indeed represent a breakthrough in relations between the two countries, which have been engaging in more and more animosity and aggression in recent months. Many feared that the U.S. and North Korea were on the brink of a nuclear war in East Asia due to months of exchanged threats, insults, and hostile rhetoric. President Trump has threatened to unleash “fire and fury” on North Korea while North Korea has continued to launch long-range missiles, including intercontinental ballistic missiles capable of reaching the U.S., and threats of its own. If President Trump and Kim Jong Un do in fact meet, it will represent the first time a sitting U.S. president has agreed to meet face-to-face with the ruler of North Korea. South Korean officials have reported that the North Korean leader has put the discussion of his country’s controversial nuclear weapons on the table for the proposed talk. They have also said that Kim Jong Un has even promised to halt nuclear and missile tests during the talks.

Discussing his decision to meet with Kim Jong Un, President Trump tweeted, “Kim Jong Un talked about denuclearization with the South Korean Representatives, not just a freeze. Also, no missile testing by North Korea during this period of time. Great progress being made but sanctions will remain until an agreement is reached. Meeting being planned!” The President is viewing the situation with optimism, yet the U.S. remains committed to its policy objective of the denuclearization of North Korea. Vice President Pence indicated that this breakthrough was the result of the pressure and isolation that the U.S. imposed on the Kim Jong Un regime and stated that the U.S. will continue “the maximum pressure campaign until North Korea takes concrete, permanent, and verifiable steps to end their nuclear program.” These sentiments were echoed by South Korean officials, who the Trump administration and its “maximum-pressure policy,” along with international solidarity, for bringing the North Korean leader to the table.

While President Trump and White House officials are moving forward with the planning of the talks, former U.S. officials and analysts have expressed their uncertainty regarding the offer from Kim Jong Un. Many of these officials have noted North Korea’s history of making promises, only to break them, as it did during President George W. Bush’s second term. They also question the legitimacy of Kim’s offer to discuss denuclearization, as he has expressed complete resistance to the idea in the past. We have provided some important analysis regarding President Trump’s decision to accept Kim Jong Un’s offer for talks. For more on what experts in the field think about the proposed U.S.-North Korea summit, check out Vox’s article, “Great opportunity or trap? 12 experts weigh in on the Trump-Kim summit.”

In a series of tweets, Jeffrey Lewis, head of the East Asia Nonproliferation Program at the Middlebury Institute of International Studies and Foreign Policy columnist, expressed his dismay with President Trump’s agreement to speak with Kim Jong Un. Lewis argues that these recent events mirror the ending of a North Korean propaganda film “The Country I Saw,” in which an “American President visits Pyongyang, compelled by North Korea’s nuclear and missile programs to treat a Kim as an equal.”

US-Korea Institute Chairman, Ambassador Robert Gallucci, in an interview with CNBC, said, “”One lesson from this is that you can do a deal with the North Koreans, and you can get substantial value out of a deal, which we did for about a decade. But you can also expect, from our perspective at least, that they will cheat on the deal.”

In a piece for Foreign Policy titled “Trump is Peacemaker Korea Has Always Needed,” Patrick M. Cronin, the senior director of the Asia-Pacific Security program at the Center for a New American Security, argues that President Trump historic announcement is a potential beginning to the end of the Korean War. Cronin credits Trump’s dual strategy of engagement and pressure, along with Kim’s recent diplomatic dexterity, for bringing about the proposed summit and urges “cautious support.”

Writing in the New York Times, foreign policy columnist Nicholas Kristof argues that President Trump’s decision to meet with Kim Jong Un is “a dangerous gamble and a bad idea.” He contends that the U.S. is offering international legitimacy and respect to the North Korean regime by agreeing to direct talks between the two leaders right off the bat.

A piece in The Economist argues that the proposed talks between the U.S. and DPRK play right into Kim Jong Un’s desire to be treated as an equal to an American president, rather than as an international pariah. According to the article, the talks will effectively boost the Kim regime’s legitimacy and respect at home and abroad and are unlikely to be fruitful for the U.S. as Kim’s promises to discuss denuclearization are simply a “cynical ruse.”

Writing in The Washington Post, Mark S. Bell, assistant professor of political science at the University of Minnesota, argues that the denuclearization of North Korea is unrealistic, but that the talks are important to U.S. interests for three reasons: (1) restricting the growth of North Korea’s nuclear program; (2) deterring the export of nuclear technologies; and (3) avoiding accidents and miscalculations.

Afua Hirsch, a columnist for The Guardian, explores calls for an “African Trump,” someone who will put “Africa first” and protect the continent and its interests. She deliberates over the prospects of protectionism and regional integration, while pointing out that the leaders in capitalism have taken to these trends themselves.

In a piece for the Financial Times, Laura Pitel and Rebecca Collard argue that Turkey’s launch of an attack on Afrin, a Kurdish-controlled city in Syria, would present two trials for Turkey: (1) the start of a new and challenging phase of Turkey’s Operation Olive Branch, which aims to clear the wider Afrin region in north-west Syria of members of a Syrian Kurdish militia; and (2) heightened tension between Turkey and its NATO allies, some of whom, like the U.S., support Kurdish People’s Protection Units (YPG) fighters.