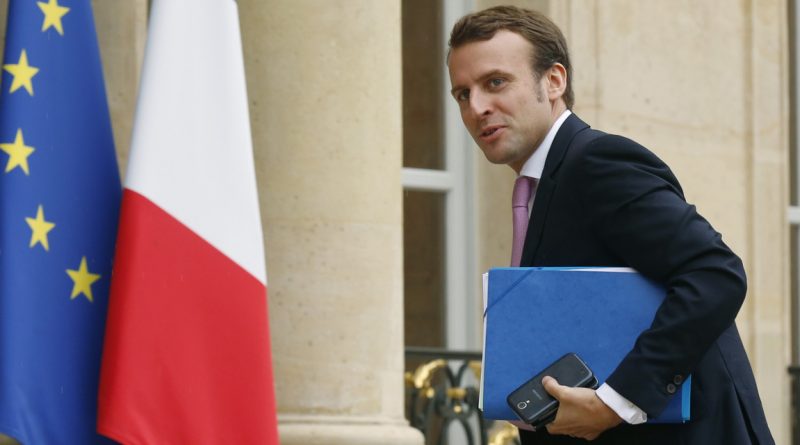 This summer The Economist ran a story titled Drawbridges Up in its pages, arguing that the traditional divide of Left vs. Right is giving way to a new one, Open vs. Closed. The champions of ‘drawbridges-up’ vow to protect their people from the ravages of globalization. They will protect their jobs from global trade and their cultural heritage from being corrupted by mass immigration. It was this divide that defined the Brexit campaign, with the Leavers arguing the need to wrest back sovereignty from the continent to keep out dangerous immigrants and refugees. The wall builders scored their greatest victory this fall when Donald Trump was elected 45th president of the United States on a platform to build a wall on the southern border, vastly curtail both legal and illegal immigration and embrace a protectionist trade policy. This battle that is raging across the West now moves to France where Emmanuel Macron has embraced the mantle of openness making him the true challenger to Marine Le Pen of the National Front and their drawbridge-up vision.

“We are all Berliners, we are all Europeans,” Macron announced in Le Monde in the aftermath of the terrorist attack on a Christmas market in Berlin last year. While other presidential hopefuls advocated for more barriers, Macron went against the grain, calling for greater integration and solidarity with European community to confront the common threat of radicalism. A former banker and economy minister for François Hollande’s socialist government, Macron seems to relish blazing his own path. He quit the socialist government in 2015 to found his own political party, En Marche! (“Forward!”) which he sees as the political vanguard of those who would advocate for an open society. Striking out on his own angered some of the socialist party apparatus, but just as Trump rode his outsider status to the presidency, perhaps Macron can as well. Macron kicked off his campaign on Saturday with a rally at a packed stadium in Lyon. In his speech, he did not address Le Pen by name but said, “They betray liberty by shrinking our horizons, they betray equality by stating that some are more equal than others, they betray fraternity because they hate the faces that don’t look like theirs;” a scathing reference to the republic’s motto, Liberté, égalité, fraternité.

Macron would certainly love to brandish his status as an outsider, but Marine Le Pen would claim that title as her own. The National Front, long relegated to the fringe of French politics, has seen tremendous success in the past several years, and now Le Pen seems assured to score a victory in the first round of voting. She is an unabashed populist, campaigning on preserving the French identity by curtailing Islamic immigration and wants to claw back sovereignty by taking France out of the EU in a “Frexit.” She kicked off her campaign on Sunday at a rally in Lyon a day after Macron’s. In her speech, she proclaimed that “We are at a crossroad … This election is a choice of civilization,” the crowd full of factory workers and former soldiers applauded while the words “In the Name of the People,” were projected onto a screen behind her. She has been boosted by the recent string of Islamic inspired terrorist attacks across the continent in the past year and has been gathering supporters from both the right and left with her blend of intense nationalism and support for the welfare state. The Front has also been lifted by the success of other populist surges in the west, following Trump’s victory Le Pen’s Deputy Florian Philippot tweeted, “Their world is crumbling, ours is building.”

Macron’s path to victory requires him to unite the center-right and center-left, recent developments seem to be a boon to that strategy. On January 29th, the far-left Benoît Hamon, a former education minister clinched the Socialist primary defeating the more moderate Manuel Valls. Valls, a former prime minister who bristled at Macron’s run around the party structure, could have competed with him for the moderate wing of the Socialists. Hamon’s ascendance shows what may be an irreconcilable split within the ranks of the Socialist party, even before the primary members of the moderate wing were defecting to Macron. With the center-left cleared, developments on the center-right also seems to be moving in Macron’s direction.

François Fillon who beat Nicolas Sarkozy and Alain Juppé in the Les Républicain’s primary was the favorite to win the presidency in the second round of voting. His campaign is now mired in scandal, with his poll numbers cratering. As of this writing Fillon is still under investigation and has promised to quit the race if he indicted but regardless, the prospects for any Les Républicain candidate making it to the second round of voting seem slim.

With the center-right clearing, Macron seems well positioned to capture the center. The most recent polling has him at 21% right behind Le Pen at 25% and ahead of Fillon at 18%. Polling has also shown that Macron is the most popular of the candidates and could defeat both Fillon and Le Pen in the second round of voting. I began this article with a piece from the Economist, I shall end with another; in November the editors of The Economist called Le Pen’s presidency Europe’s Biggest Populist Danger. If she succeeds, her promise for a Frexit would likely end the European Union, an institution that has provided peace and prosperity for the continent. Such an outcome would be a tragedy and another victory for the drawbridge-up forces and their misguided policies. Given the stakes for Western liberalism, this American loudly and proudly proclaims En Marche! Monsieur Macron.