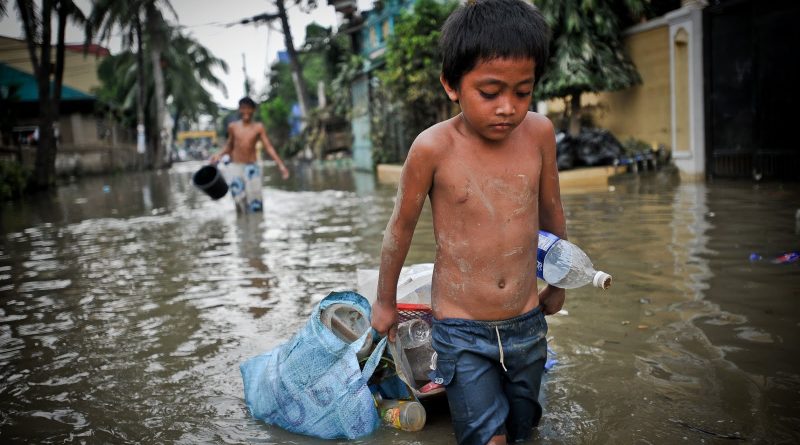 There is no denying the overwhelming fact that climate change is real. Critics will argue otherwise, but the evidence speaks differently. Nations around the world have recognized the dangers inherent in our changing global weather patterns. On Friday, November 4th, 96 U.N. member states put pen to paper and formally joined the Paris Climate Agreement allowing it to become international law. While the Paris Conference of the Parties (COP) did not specifically address the security implications climate change poses, it is obviously a crucial step forward in addressing the world’s growing concerns over the threat of climate change.

The question to be asked next is: Do these tectonic shifts in climate patterns require an even greater focus on this problem from an international security standpoint? The answer to this query is unequivocally yes. From a human security point of view, extreme droughts in Africa and the effects of intense heat, massive flooding, and disease in South Asia, place previously fragile states in greater peril by increasing their level of poverty. Already impoverished nations must now deal with an even greater burden. Several consequences occur that affects the basic needs of people in these countries: Shortages of food as the result of a decrease in agricultural production; the ability to access clean drinking water due to the frequency of flooding and droughts and; the unsettling of energy supplies occurring due to massive sea ice and excessive storms.

Such climate-altering events promote instability and increased political tensions in regions of the world that already suffer from unsound political institutions and inadequate leadership. On the continent of Africa, numerous civil wars continue unabated and the threat posed by a changing climate compounds the problem. States in Africa and South Asia do not possess the funding or resources to properly address the needs of their populations, which has the effect of only heightening the financial tensions in these parts of the world.

At the U.S. Department of Defense, officials have strategies and plans in place to mitigate the security risks climate change presents. As with any preparation for battle, there must be contingencies put in place to prepare for the uncertainty that may lie ahead. Climate change is no different in this respect; one cannot predict how specific weather patterns will occur. In this respect, the Pentagon prepares for all possible scenarios. The DoD refers to the sum of these problems as “threat multipliers” because of their ability to add to the host of issues already confronting the world, particularly international terrorism. The security challenges of today require the military and policymakers alike to adapt and innovate with new solutions to problems arising from a constantly warming world.

The National Intelligence Council (NIC) in its report in September 2016 titled: “Implications for US National Security of Anticipated Climate Change” adds to the growing evidence that a changing climate presents significant security threats. The report looks out over a twenty-year time period and foresees acute problems related to shortages of water and increasing sea levels in the U.S. directly attributable to intense weather events.

The NIC cites several examples in its report of how a changing climate has had a direct effect on the stability and security of certain states. Yemen is an Arab country located in western Asia that has been hit hard with conflict causing a humanitarian crisis and severe water shortages. In 2015, the Arab state was rocked by two tropical cyclones that significantly added to their troubles. Yemen has had a difficult time servicing the needs of its populace and heavy rains have caused an outbreak of locusts that threatens its agriculture. The Yemeni Civil War has greatly limited the ability of officials to eliminate the locusts plaguing the country’s agricultural production.

The NIC report asserts that over the course of the next 20 years hotspots created by water scarcity, as the direct result of climate change, could present more significant security challenges for the international community. The report cited an example from 2012 where violence occurred in Nouakchott, Mauritania due to shortages of water. A mass migration of 70,000 refugees had fled Mali given the worsening conditions in the country. Moreover, the influx of refugees into the country placed added stress on resources already weakened by drought and desertification.

The unpredictability of a changing climate will continue to prompt the sudden and severe weather events we have witnessed in recent times. The mass migration of peoples fleeing their homeland as a result of unexpected weather phenomena has shown the ability to burden already fragile resources in bordering states. Despite the critics, the nations of the world recognize that the problems are real and not imagined. The Paris Climate Agreement affirms their willingness to tackle this problem. And this is a very good sign.