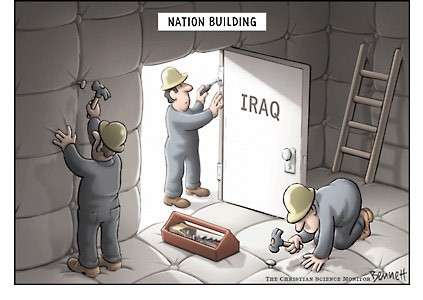 By the UN’s definition, 17 colonies still exist in the world. The current majority are governed by the United Kingdom, whose empire was so massive that the famous description was that ‘the sun never sets on the English empire’. Though large swaths of India, North America, Eastern Europe, the Asia Pacific, and nearly the entire continent of Africa are no longer the standard for colonies. The current list is comprised of small, almost exclusively island territories and serves toreminds us of the former, archaic standard for nation building:the extraction of resources, obtaining a territory by force, and the coerced assimilation of cultures It was straight forward, but messy leaving generational scars, economic turmoil, and resentment for the colonizer in the wake. Though the number of colonies in the world today seems small compared to the historic precedent, the paradigm has changed, and with it a whole host of new problems emerge.

Perhaps the only thing positive about colonization was the ironic aspect of ownership. Overwhelmingly, the concept of ownership dehumanized the local populations and justified acts so dark, I question if language is strong enough to convey the pain they caused. Some images, captured by missionary Alice Seeley Harris, do a much better job of depicting the dehumanization and subjugation that accompany colonization in places like the Congo. So how can ownership be a positive aspect of colonialism when it promotes an ideology that reduces human beings so prolifically? Countries that had colonies had a reign of responsibility. A new territory was a badge of honor for the colonizer. God, gold, and glory were reasons to secure a piece of land and control of the population. This is distinctly different than the trend we see emerging today, at least in America.

Take Iraq as an example for the new norm. I still remember quite vividly in 2003 when former President George W. Bush landed on the USS Abraham Lincoln and delivered his “Mission Accomplished” speech. A generation of millennials, disillusioned with that moment, have immortalized it in pop-culture, which has spread to the literal likes on social media. It took until 2011 for the next declaration of the end to the Iraq War. President Obama pulled out the remainder of US troops by December, making sure to more tactfully promote the “Mission Accomplished” message before the next election cycle. It’s too soon to tell if Iraq has improved, but the curent feeling from a war weary American public is more hands-off. The logic behind that feeling is understandable from my American lens. Democracy was restored after a 24-year rule from the same executive institutions, infrastructure was improved in a region with a turbulent modern history, and the oil exportation business had finally returned to pre-conflict production levels. Obviously it’s not that simple to dismantle, then rebuild, a state, especially one with strict sectarian lines. But I believe this to be the new normal for nation building. No ownership, establish the state, then get out and respect its sovereignty. Simple on the surface, and certainly preferable to colonialism, but here’s why it’s still troublesome.

The lack of ownership defaults responsibility to the international community. That equates to more interests competing with one another. Armed conflict, interference in domestic political affairs, or abandonment can occur, despite the added oversight of the community. As the fledgling state struggles to provide political goods as the internal powers compete, sometimes violently, the government can lose its legitimacy, pushing it towards failed statehood. Vacuous power structure leaves room for insurgency groups to undermine the legitimate interests of the state, mimicking or exacerbating post-revolution conditions. We can observe that now in Syria, Yemen, Iraq, and Libya. Yet, in the face of all the obstacles, nation building can be successful. In the 70 years since the end of World War II, Germany has reemerged as one of the world’s leading powers. This effort required all four victors of the war to contribute unprecedented amounts of capital, a complete ideological restart following fascist Nazism, and the total devastation of the country’s major infrastructure. Additionally, the Cold War forced the U.S. and U.S.S.R to maintain interest in developing the state as they competed with one another. This is an extraordinary set of circumstances, and I believe the cut and run Iraqi model will unfortunately be the standard going forward. However, as we see the progressing events in Iraq and now Syria, it is up to the international community to see if the Iraqi model will suffice or if a new model will be used as a guide for modern state building.