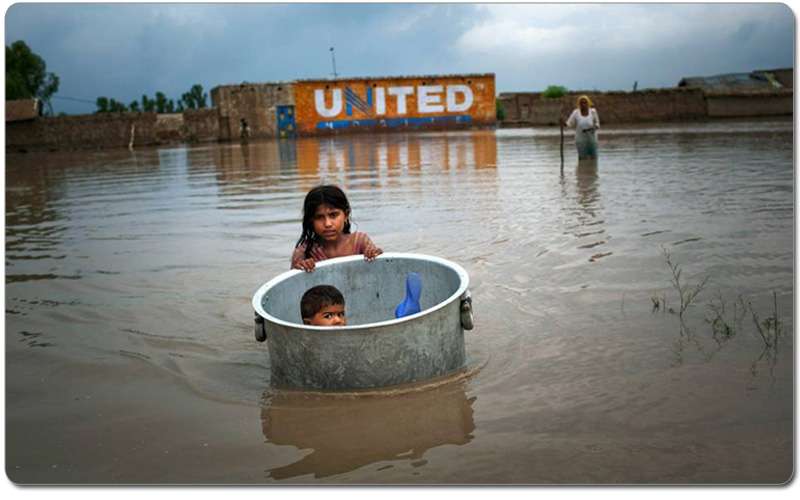 To most persons, the phrase “climate change” is synonymous with other phrases such as “rising sea levels,” “perfect storms,” or “damaged ecosystems.” In reality, climate change should be synonymous with “displaced persons” or “refugees.” Nobody is going to suddenly have the ocean appear to flood their living room; climate change is a gradual process that steadily erodes environments. The natural effect of this is that when areas are no longer habitable, people will be forced to leave in search of greener pastures. Environmental degradation is not the most serious issue of climate change; the true issue is that the world is on a course for some of the biggest refugee movements in history with no hope of repatriation.

Before delving into exactly why this is a problem, we need to think as if we live in the future. Hypothetically the year is 2030. International efforts to halt global warming have had some success, but not nearly enough to avert all problems. The cost of food has increased, as irrigation and pest control have become more serious and costly concerns for commercial agriculture, and consequently this has had a negative effect on the economy as the cost of living has risen globally. Key coastal infrastructure, such as Boston’s Logan Airport or the New York City metro system, and others are severely threatened by climate change, and the government is struggling to fund multi-billion dollar engineering projects to preserve their functionality.

Tensions in the international community are high, as there are continued calls for major polluters such as China to take more serious measures to reduce emissions, but they refuse since there is no legal action that can be taken against them and they view their actions as perfectly reasonable and within their sovereign rights. The future is going to be a rough time.

But none of those problems are even that grave. All of those issues can be overcome, the real problem is going to come in the form of millions and millions of displaced persons with nowhere to go, and struggling to make their way in an already resource constrained world. In 2012 alone 32 million people were displaced by natural disasters, 98% of which were related to climate change. The problem of course is not simply that the number of refugees is rising, but that the spread of refugees is correlated to many other issues. The spread of civil war, disease, and ethnic conflict are all prevalent as populations are displaced. Even in situations where refugees are able to peacefully seek asylum there is still the issue of lack of resources, increased competition for jobs and social services, and the need for political representation. Not surprisingly, for all of these reasons, most states have a finite amount of refugees that they are willing to shelter.

Even with all of the problems that refugees bring to an asylum granting state though, it is endurable since it is usually seen as a temporary problem, and the international community usually provides some aid to alleviate the costs. In the future, such aid may not be forthcoming though since resources will be much more constrained. Furthermore, the problem of granting asylum will not be a temporary one, but a permanent one. Repatriation will not be an option for refugees that are displaced by climate change, and they will instead be forced to integrate into a new community. Such a process will be difficult though, and most likely these refugees will be seen with disdain by locals who will already be struggling in what is sure to be one of the worst economic crises the world has ever seen. It is almost a certainty that for many of these populations, ethnic conflict and violent crime will become serious problems.

So where will these refugees come from? Most will probably come from the low lying nations and others that are most adversely affected by climate change. Even if rising sea levels do not put their homes underwater, the severe periodic flooding will render population centers no longer fit for permanent settlement. Vietnam, for example, is projected to have 35% of its population affected by flooding, and could lose up to 35% of its GDP. Bangladesh, Sudan, and the Philippines are expected to be even more adversely affected. Flooding, storms, drought, coastal erosion, and agricultural collapse are the five biggest threats of climate change, and it is these five effects that will cause the greatest refugee flows.

While the UNHCR is making strong efforts to minimize the impact of refugee flows caused by climate change, the fact of the matter is that it is simply too early to really tell how bad it will be. How serious or mild a problem this will be hinges greatly upon the state of the global economy. Unfortunately since both issues are tied to the severity of climate change, this means that the worse things get, the less capable the global community will be able to handle it. Every nation in the world is currently at a crossroads, and its only choice is whether to pay the costs of climate change now, or later.