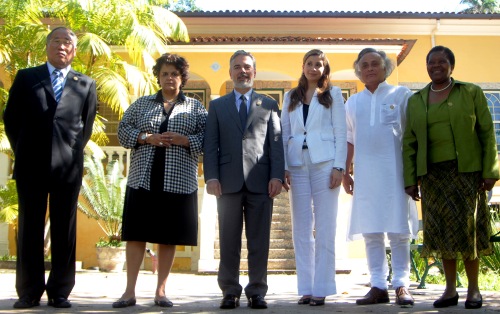 A bloc of countries calling themselves BASIC – Brazil, South Africa, India, and China – are meeting in New Delhi in late February to talk climate change. The BASIC countries, who are among the largest developing nations, allied together in 2009 to represent the interests of the developing world in the climate change debate.

Their position is an important one. The developed world often tends to pass the burden of carbon emission reduction onto the developing world, whose emissions are rising dramatically, without taking proportionate responsibility. Meanwhile, progress on global agreements is slowed by legislative and domestic sandbagging from developed nations, particularly the United States.

Together, the BASIC countries wield hefty leverage. They’ve agreed to share technologies and developments to help reduce their own emissions and have committed to working in a bloc on climate change issues to keep the developed world from dominating the debate. Their meeting in February is to review the Cancun climate talks and discuss strategy for moving forward. The greatest hope for effective action on climate change that still fosters development and growth may lie in the bargaining power of this bloc of up and coming powers, and not in the developed world.