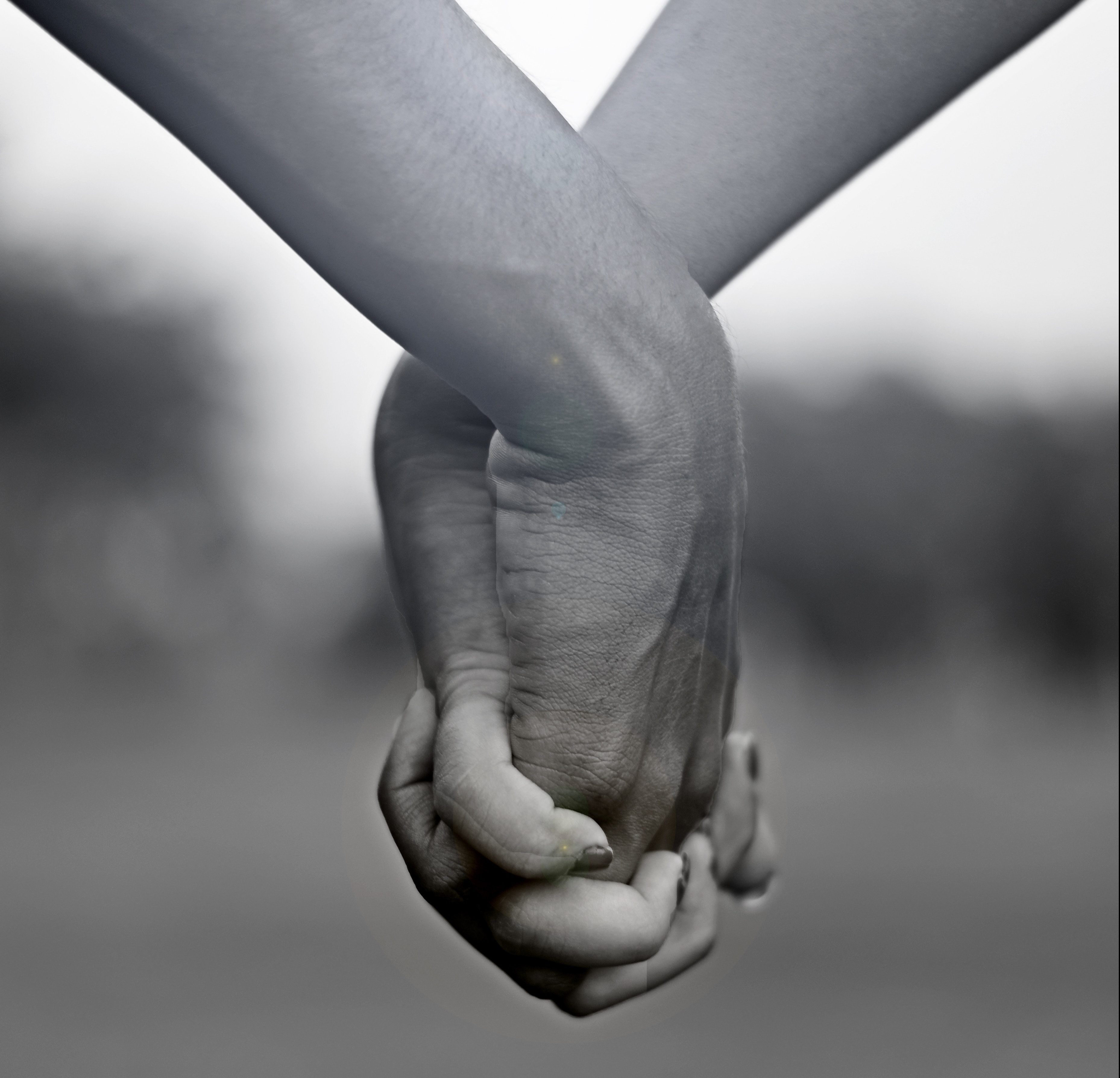 Love is More than “U+I” by Kiley Britten

Most people like Ed Sheeran, for one reason or another. People love a songwriter with talent who seems to write lyrics that speak to their souls. People come to rely on these messages. These messages about young adulthood, of love and loss.

Sure, these messages are relatable, but they can also be limiting. When Ed Sheeran says love is “you and I” it seems like he’s saying love is just what you put into it. You do all the hard work, all by yourself, and you get the reward. You made the terms. And in our young adult lives, we love to believe that adulthood means dictating our lives just like we always imagined we would.

Frankly, adulthood is something I, along with many of my peers, have always looked forward to. The idea of living alone, completely making every decision for oneself, earning an income and spending it where one pleases- this sort of autonomy has always had a definite appeal. The most attractive part of adulthood, of course, is the independence. This independence means that one is completely self-sufficient: no longer needing help from teachers, professors, or parents. Once one has tasted this independence, the allure for even more self-reliance grows. As one goes through adulthood being completely self-reliant, the thought of asking others for help starts to become taboo. When once a child looked to a parent for guidance, that same matured adult would rather get something wrong than turn to another for help.

And you’ll even find this phenomenon in the realm of Christianity. Too often, as children come of age, the reliance on others for help starts to fall away- critically, even reliance on God for help in achieving salvation. This is a line of thought that goes back centuries, and is today formally recognized as the heresy of Pelagianism. This heresy comes from thinking salvation can be achieved through the actions of oneself without help from God. Jesus did not die on the Cross for us to think we do not need His help and that we cannot ask Him for anything. He wants us to do just the opposite, and through His Word, we can see examples of people in the Bible asking great things of the Lord. Through these stories, He demonstrates to us how He always- always- gives us more than we thought we were asking for, in that radical way of loving us that He has.

The world also wants us to rely solely on ourselves. The world wants us to make as much money as possible, to buy as big a house as possible, as expensive a car as possible, as many elaborate gifts for our spoiled children as possible. The world would have us buy into the concept of the self-made man, where the heresy of Pelgianism is not just a footnote to a long list of rules but a way of living our lives only for our own fulfillment. We neglect to ask Jesus for help and we forget that all He wants to do is draw us into His fullness.

There are instances in the Bible that give us beautiful examples of people who ran after the Lord and were drawn into His fullness. Their stories have always stuck with me, not just because they usually involve women being redeemed, but also because they have the promise of being drawn into a certain intimacy with Jesus Himself. One of my absolute favorites is the story about the woman with the hemorrhages. I think we can infer that this woman had a strong will- she persevered for twelve years with constant anguish.

Despite her will, despite her inner strength, when she heard that Jesus was going to be in her town, she turned straight to Him for her cure. If this woman had such great inner strength, why would she have needed to rely so strongly on the Lord for her cure, for her to keep going? For twelve long years, she had relied on herself when doctors and neighbors had failed to help her. It would have been normal for her to think nothing of Christ coming to her town, for her to think she could continue relying on herself. Yet, she did not- this woman heard Christ was going to be in her town and decided to stop relying on herself. Was she throwing her self-reliance to the wind in exchange for blind hope? No.

This woman did not just hope for the sake of hope- she knew that if she could only come near to the Lord, be drawn into a part of His intimacy- ‘If I just touch His garments’ she thought- she would be healed. She would be fulfilled. The story of the woman with the hemorrhages is not just a story of great faith- though it undoubtedly is- but it is also a story that can serve as an example of the fullness we can be drawn into through the smallest of actions- such as simply touching the Lord’s cloak. The story is also an example of Jesus pouring His grace out on humanity. As He said to the woman, her faith in Him was what restored her to full health. She had been saved by grace, by relying on Christ to heal her, and she receives more in return than she could have thought possible.

Another story that reveals the ways we are drawn into the fullness of the Lord is the story of the woman with only a handful of flour in the Old Testament. Elijah is instructed by God to ask the woman for her little bit of flour so he can eat. Elijah displayed great trust in God by asking this woman for her last bit of livelihood, for trusting that God would then take care of the both of them. The woman herself displays even greater faith in the Lord when she gives all she has to one of His servants, without knowing if she will starve or if her last action would have been to give away the livelihood of herself and her son. This woman gives all of herself over for the Lord and in turn receives more than she could have fathomed.

The women in these two stories are drawn to the Lord because they have the faith in Him to ask big. These acts that the Lord performs shows us that He has absolutely no problem with us asking Him for big things. In fact, we can infer that this is exactly what He wants us to do, so that He can draw us fully into Himself by showing us how reliant we really are on Him. Yet, many people shy away from asking Jesus for something small, let alone something big- why? The answer is simple: it goes back to pride. This reliance on ourselves that the world wants us to have has led to a main problem of the world we live in today.

Yes, pride is one of the biggest problems of humanity, as it has been one of the most prominent issues of the world since pride caused Adam and Eve to cast aside their trust in God. Pride has put everyone: Catholics, Christians, agnostics, and atheists alike in a mindset where hard work and good deeds by oneself is what leads to accomplishment and then to salvation. This is a dangerous and heretical mindset because the reliance on other people is what we were created for.

Humans were created for relationship, and by consequently cutting off those relationships before they even begin, the fullness we were made for cannot be achieved. How could it, when the only thing that makes us truly alive is a life with Christ, and we want to take Him out of our lives? Pride has led to a shattering of relationships between peers, spouses, friends, neighbors, and with Christ Himself. Thankfully, Jesus gave us the solution to humanity’s problem of pride 2,000 years ago when He walked the streets of Jerusalem and drew people into His fullness, loving them in a way that was radical and more than they could have imagined, in order for them to live life fully alive. All we need to do is put our faith in His love and ask.

We want to think that we can hunker down and study hard enough to pass that tough exam. It seems like such a small request, that the Lord of the universe would not want to help with something so small. Our pride has let us think that we can handle things ourselves, that we should not bother the Lord with a matter we deem as trivial as an exam. This line of thought persists over and over in us until we believe ourselves capable of achieving anything by ourselves, and thus leading us to stop asking God for anything at all.

The thing is, once we start asking God for help in our lives once more, we may not receive the answer we were hoping for. In a world where we have such persistent instant gratification, not receiving the answer we want could lead us back to the trap of once again relying only on ourselves. However, if in the waiting we hold on to hope and faith in our hearts, we can clutch tightly to the examples God gives us in His Word. We must not let our hearts lose courage simply because we have to wait for an answer. The waiting is the moment when the Lord works and is precisely where He wants to meet us- so that He can show us how fully He loves us, by showering us with even more grace than we could have imagined.