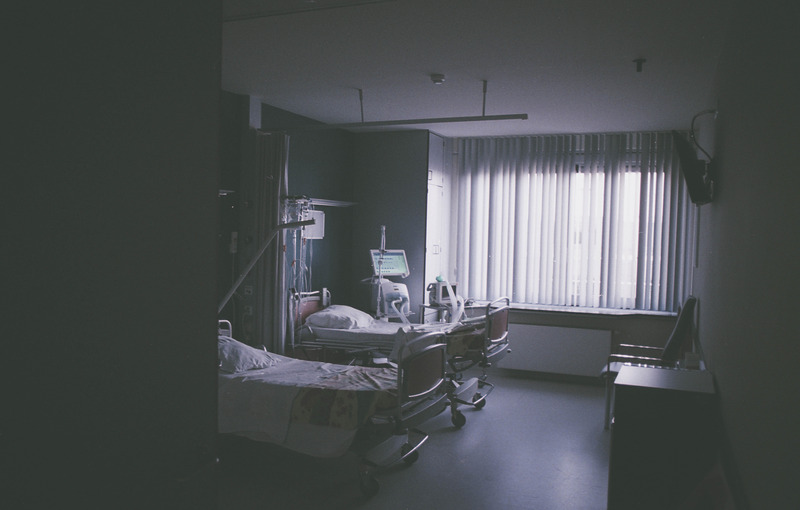 Are We at Peace with Death?- Jennifer Hobeika

We live in a turbulent era of science, innovation, and technology, one that is constantly on the rise for something more. With this perpetual itch of and consistent yearning to understand and grasp the nuances of humankind, we have made vast developments in a kaleidoscope of fields. Among these new findings: research on increasing life expectancy and research on extending life, which has left an excited buzz in both the science and the healthcare world. New investigations on a formula to access this “fountain of youth,” have provoked debate about wanting to know more and to do more even at the risk of pushing the limit too far.

The average life expectancy remained unchanged for thousands of years, until the last century; it’s increased twenty-seven years, especially in Western countries. This is due to the increased availability of antibiotics and vaccines, eliminating infectious diseases, and better hygiene. However, aging is not a disease; it’s a natural onset of life.  These advances prompt the question: should our society investigate and promote the research being done on increasing longevity? How should we understand this issue in the context of the Catholic Intellectual tradition? And what social and cultural changes might result from this research?

Scientists and researchers have continued to debate whether humans have an upper age limit. While some scientists believe that there is a limit to how long humans can live and that mortality rates will keep increasing, other scientists have deduced that the death risk plateaus during individuals 65-80 years of life, with technically no upper limit. Currently, there are around 500,000 people who are aged 100 and up, around the world. A longevity researcher at Netherlands Interdisciplinary Demographic Institute in The Hague, Joop de Beer, has predicted that every decade, a year will be added to how long the oldest person will live.

Furthermore, researchers in Mayo Clinic have expressed that since the odds of dying don’t necessarily increase over time, only that the body becomes frail, slow ageing interventions can impact the extremely old on a whole new level. However, some argue that there are standard limitations due to the way the body is designed, creating caps on human’s lifespan.

Although research on the prospect of increasing the human lifespan is tantalizing, especially when it involves the eradication of disease, we need to answer where the life of the human person fits in the context of creation.

God created humans in holiness and eternal life with him. As Christians, when we approach death, we should be filled with trust and peace as we approach the possibility of union with Christ our King in Heaven.  Therefore, at the end of our life, we should be preparing for death through the Sacraments, prayer, and acts of love.  In his time here on earth, the incarnation of God in Christ spoke the words, “I am the way, the truth, and the life. No one can come to the Father except through me” (John 14:6). In these words, Christ offers humanity the opportunity of union with him, if we accept his offer to place “his way” first.

In the context of Christ as “the way,” this science and research seems to contradict where our trust is being invested. For when we die we do not go into darkness or death, but rather if oriented properly we finally go home to God. By combating the natural inclination of death, we are seeking to extend our visit and entrench our home here on earth.

While Pope Francis has not publicly acknowledged the issue of life extension, former Pope Benedict XVI, emphasized that increasing longevity could “strip life of its richest experiences”. He challenged the notion of increasing longevity by expressing that it has the potential of hindering one’s search for transcendence and for the need to have children as a drive against mortality.

On Holy Saturday in 2010, Benedict expressed his concerns of postponing death by exemplifying, in his homily, that the idea that humanity would “become extraordinarily old, there would be no more room for youth. Capacity for innovation would die, and endless life would be no paradise.” Furthermore, in 2004, a theological commission headed by Benedict referenced the issue by stating that: “disposing of death is in reality the most radical way of disposing of life”. It’s evident that many Catholic scholars and theologians support this perspective: that the experience of life itself will be diminished when people delay death.

On the other hand, many Catholic scholars believe that the Church should support life-extension and longevity therapies, if it meant that they could cure diseases. As Catholics, we’re called to alleviate illness and sufferings of people, and to push for healing among all people. The call to healing is one that cannot be ignored and is why the church struggles with grappling between supporting novel and many times controversial research.

Marie Hilliard, director of bioethics and public policy at the National Catholic Bioethics Center in Philadelphia, emphasizes that if life extension became an actuality, Catholics would likely want to guarantee that treatments are accessible to all. And she’s absolutely right. How many times do we see the benefits of research become only accessible to those in the developed world, and those in the developing world struggle to access basic necessities or get administered basic health care?

When it comes to asking opinions of my fellow peers at school, I hear a wide range of perspectives. Many people, especially among my fellow Biology majors and friends in the Medical School, are extremely enthusiastic about the research being done. While other peers in science are open to research but are on the fence.

Olivia Helck, a senior Biology student, explains, “I am in favor of the idea of life extension, however it rests on the premise that we need to fix other problems in the world first, like food and water access and access to health care and education. Also, (the Pope Benedict’s) homily was correct: Eradicating death is too far, as it renders life meaningless.”

Brian McShane, a sophomore in the Stillman Business School also expressed that, “The human experience is largely characterized by our acceptance – or refusal to accept – death. Death is part of the natural order of things and increasing the human lifespan would have no benefits other than saturating nations with pawns of the state- old people with no recourse other than dependence. The elderly are a gift, and we will all get there, but it would be cruel to deprive humanity of natural death.”

There are an array of clashing opinions that grapple this idea of mortality and as the debate will continue to ensue, questions will continue to arise, and it will be interesting to see how the Catholic Church develops its stance on mortality. I personally think that research, development, and the human’s constant yearning for more is one that is unique to us as a species and is inevitable.

However, I do think there’s a distinction between the purpose of the research and what that research means; is there emphasis on anti-ageing or medicine to cure disease, and will this be accessible to everyone? What are your thoughts on longevity and the pursuit of research on ever-increasing life-span?

I leave you with this quote by one of my favorite authors: