The WHO Meeting on Controversial H5N1 Research: What Happened, and What Does It Mean?- David Fidler 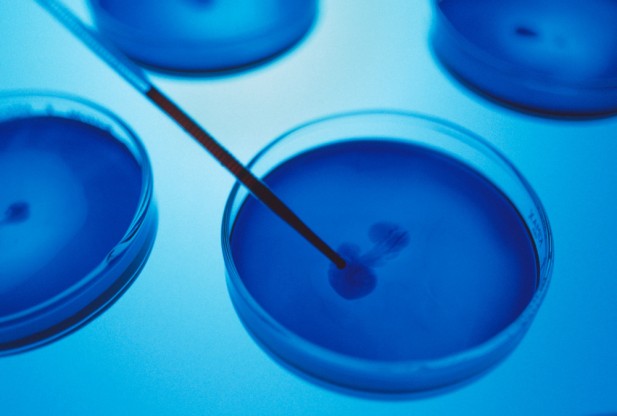 The WHO Meeting on Controversial H5N1 Research: What Happened, and What Does It Mean?

The conclusion of the much anticipated meeting at the World Health Organization (WHO) on February 16-17 on controversial H5N1 research conducted in The Netherlands and the United States has generated many questions about what happened in the meeting and what happens next. Evaluating the meeting’s deliberations, outcome, and implications should keep in mind that the meeting did not attempt to resolve every issue this controversy raised and did not reflect the full range of scientific, public health, biosafety, and biosecurity perspectives about the H5N1 research and what should be done going forward. Nevertheless, the meeting was much anticipated because it was an important step in efforts to develop a global governance process addressing the best ways to handle risky research on dangerous pathogens.

What happened at the WHO meeting?

According to WHO,[i] the meeting produced consensus on:

Some news reports indicated that the meeting reached consensus on the need to publish the Dutch and American studies in full after the extended delay in publication. However, representatives of the U.S. National Health Institutes (NIH) and the National Science Advisory Board for Biosecurity (NSABB) made it clear that the NIH and NSABB participants continued to support the NSABB’s recommendation that the Dutch and American research findings should not be published in full because of biosecurity concerns.

Statements from WHO, participants, and media reports also indicated that the meeting agreed to scrap a solution discussed before the meeting of publishing a redacted version of the research (as recommended by NSABB) combined with a managed process by which other scientists with a need to know could access the redacted material (as desired by influenza scientists and the scientific journals involved). The reasons given were that such a process would prove too complex and unworkable. Whether the NIH and NSABB representatives concurred with this position is not clear. Even if they did, their concurrence did not mean they supported full publication after a further delay because they emphasized that they stood behind the NSABB’s original recommendation for only partial publication. Official and unofficial reports of the meeting do not indicate whether sensitive aspects of the Dutch and American research will be shared during the extended moratorium and publication delay to assist, for example, global surveillance on H5N1 viruses circulating in the wild.[ii]

What does the WHO meeting’s outcome mean?

My reading of the meeting is that we ended up back where the controversy was when the meeting started–with delays on publication and further research in place because of disagreement between the influenza research community and scientific journals favoring full publication because of public health benefits the research creates, and representatives of the US government and their supporters recommending redacted publication because of biosecurity concerns. The meeting apparently quashed the solution many people thought it might hammer out–redacted publication with a managed access process. The meeting’s outcome also means that perceptions of the scientific and public health benefits and the public health, biosafety, and biosecurity risks of the research done in the Dutch and American studies did not change among the small group of experts that participated.

In this light, the next steps as outlined by WHO raise many questions. As far as I could tell, meeting participants agreed to no time frame for the voluntary extensions of the research moratorium and eventual publication date. Nor did WHO or any meeting participant make clear what exactly needs to be done (beyond increasing “public awareness and understanding”) or decided between the end of this meeting and the unspecified end of the voluntary extensions on research and publication.

We have no idea what this process will be, how it will operate, whether it will be an open or closed process, who will participate, what issues will be addressed in what sequence, how broader and more balanced participation will be accomplished, whether decisions are required or anticipated, how decisions will be made, what form decisions will take, and what criteria will inform deliberations and decisions. All we know about this promised process is that it will involve a broader range of participants–a context that usually increases the political and diplomatic difficulties of reaching agreement about controversial issues.

Probing deeper, the unspecified periods of time and undefined process seem geared at facilitating efforts to establish that the manner in which the Dutch and American research projects were conducted provides a template for future research that can create significant public health benefits while minimizing biosecurity and biosafety risks. This observation focuses governance scrutiny on the undefined process in two fundamental ways:

If the WHO meeting in February focused on technical scientific and public health issues related to the Dutch and American H5N1 studies, the next stages of the process will be far more political because they involve quintessential governance challenges–what questions have to be answered, what decisions have to be made, who gets to participate in answering questions and making decisions, and how will decisions be made and implemented?

But, now what? The US government has no way to stop full publication of the Dutch and American research whenever the undefined process decides when the unspecified publication-delay period expires. The US government is not likely to get a significantly warmer welcome for its biosecurity concerns in a process involving more governments, scientists, public health experts, and other participants. The WHO meeting forces the US government to reassess its position as part of finding a way out of this policy and diplomatic cul-de-sac.

A Los Angeles Times story on February 18[iii] suggests that a deeper policy review has been underway in the US government concerning how to address more effectively the public health, biosafety, and biosecurity aspects of research with dangerous pathogens. Whether this review will produce an approach that changes the US government’s support for the NSABB recommendation on publishing aspects of the Dutch and American research remains to be seen. However, the US government must figure out a way to avoid being in the position of recommending censorship of scientific research it approved and funded in the first place.

[ii] In this regard, the agreement to extend the moratorium on research and the delay in publication does not fit well with what WHO called the “urgency” of the public health needs addressed by the Dutch and American research. If the meeting agreed that the public health needs related to H5N1 are urgent, how could it agree to delay sharing the research and continuing a moratorium on this kind of research for an unspecified amount of time to engage in an undefined process of broader deliberations with no identified endpoint or outcome?