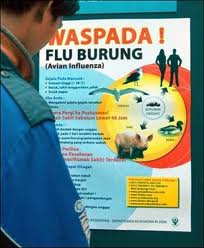 The World Health Organization (WHO) is mandated to be the United Nations specialized agency for health. However, in light of changing disease trends, the increased “globalization” of health, and the entry of other actors into the health arena, much of the current discourse in global health research discusses the future of the WHO and its current role in governing global health, and how this should, or can change. This paper examines the role of the WHO in global health diplomacy and the promotion of global health security by examining the Indonesian virus-sharing case. In 2007, the Indonesian government pulled out of the Global Influenza Surveillance Network (GISN), concerned that its strains of H5N1 would be used to make vaccines in the high-income countries which would then be “resold” to Indonesia at what they considered to be unaffordable prices. They were also concerned that scientists in high-income countries would be able to take out patents based on these strains, which they asserted was their sovereign property. This paper discusses to what extent the International Health Regulations (IHR) and other agreements are applicable to this case and why countries have chosen to address this issue through an intergovernmental process rather than invoking the IHR. It also questions the enforceability of international agreements and their role in promoting equity. This paper then examines why current negotiations over virus-sharing have not reached an agreement. In doing so we can use this case to ask broader question about what “effective” global health diplomacy is, how global health governance architecture could, and should change – and what should the WHO’s role in promoting global health security be, and what other actors could, and should be involved.