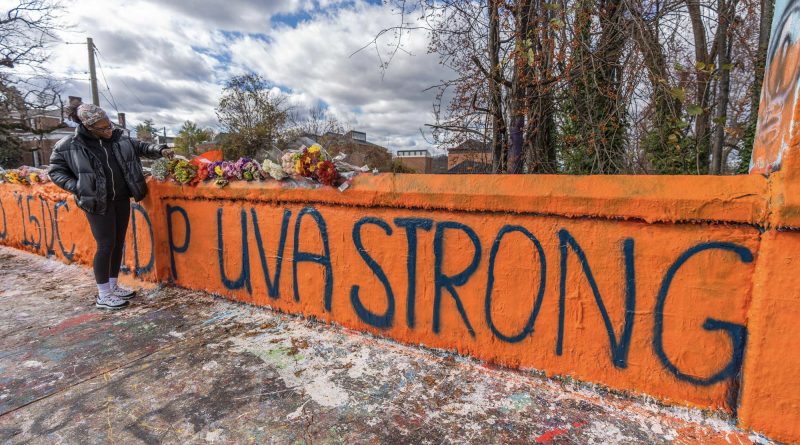 A shooting at the University of Virginia has left three dead and two others injured. A suspect is currently in police custody.

The shooting occurred on November 13 when a group of students on a bus were returning from seeing a play in Washington, DC. A student had brought a gun with him and fired on the students as the bus was pulling into the Charlottesville, Virginia campus. The three students killed were all members of the university’s football team and have been identified as Devin Chandler, Lavel Davis Jr., and D’Sean Perry. The two injured are also students and have been hospitalized. The suspect, 22-year-old Christopher Darnell Jones Jr., had fled campus and was later arrested near Richmond, Virginia. The campus was also sent into a shelter-in-place order for twelve hours and was lifted after Jones’ arrest.

Jones has been charged with three counts of second-degree murder as well as three counts of using a handgun in commission of a felony. A court hearing on November 16 also reveled that he had also been charged and convicted of reckless driving, hit and run, and a concealed weapon charge, all in 2021. Authorities are still trying to figure out Jones’ motive, which has puzzled investigators from the beginning. One of the only connections is that Jones and four of the five victims had all been part of the UVA football team at some point. Jones had been on the team in 2018, but did not play in any games that season, with former players describing him as quiet and kept to himself. It was also found that Jones had bought the gun at a store where he had twice previously tried to purchase a firearm but was unsuccessful both times due to being under the legal age and a failed background check.

The UVA community is still processing the tragedy. Classes were cancelled on the days following the shooting, and a memorial service was held on the campus with a larger vigil being planned for a later date. The UVA football team announced that its matches against Coastal Carolina and Virginia Tech would be cancelled. The school’s athletic conference, the Atlantic Coast Conference, expressed their condolences and announced that every school in the conference would hold a minute of silence to remember the victims. Virginia governor Glenn Youngkin had also ordered flags to be lowered to half-staff on November 15 in respect of the victims.