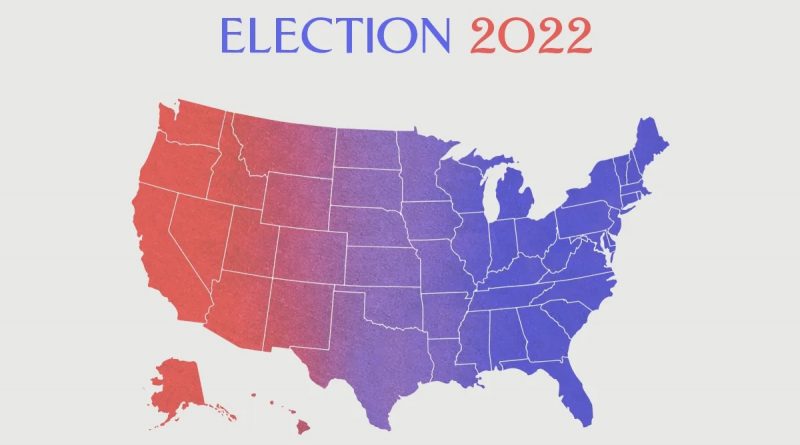 With the 2022 midterm elections coming to an end, the expectation of a red wave became a red puddle, as the Republicans, who had big expectations for the night, came up disappointed and fell short of their expectations. They were successfully able to flip the House of Representatives, and although the Senate race has been called for the Democratic party.

For the Senate race, it currently stands at 50 seats for the Democratic party and 49 seats for the Republicans. One of the seats that are still up for grabs is in Georgia in the race between Former NFL player Hershel Walker and pastor Raphael Warnock. According to Georgia state rules, a candidate must get at least 50 percent of the vote, or else the race will enter a runoff, which is exactly what happened. Candidate Warnock secured 49.4% of the vote while Hershel Walker had 48.5%. The runoff will occur on December 6th, so people will have to wait till then to see who’s elected senator in the state of Georgia.

Pennsylvania came as a surprise as incumbent John Fetterman defeated tv host and celebrity Dr. Mehmet Oz, who seemed to be the slight favorite coming out of the state, but both candidates did not seem like the best choice at all. Fetterman secured 51.2% of the vote and Oz received 46.4%. Two seats in the senate are held by independents, but they caucus with Dem, so they hold the majority currently 50-49 with the last seat being the runoff in Georgia.

For the House race, Republicans were able to flip the House and got to 220 seats, securing them the majority. There weren’t any surprises in the House race, as the states who tend to lean red secured more Republican seats, and the states who lean blue secured more Democratic seats. The big thing for Republicans is that it seems that Florida has completely turned red and is no longer a swing state. Republicans secured 20 house seats and Governor Ron Desantis, who was up for re-election, secured 59.4% of the vote. In 2018, Desantis barely won the election by a measly .4%. Another State that was a little too close for comfort was New York as in the governor race Kathy Hochul secured 52.9% of the vote compared to Republican candidate Lee Zeldin who got 47.1%. New York, which is a mainly Democratic state, showed that it potentially might no longer be that way down the road.

The 2022 mid-term elections seemed very underwhelming in a way as no major upsets truly happened. However, with Donald Trump announcing his Candidacy for President just days after the midterm and Florida governor Ron Desantis potentially in the fold to run, 2024 is shaping up to be a very interesting and entertaining election year.