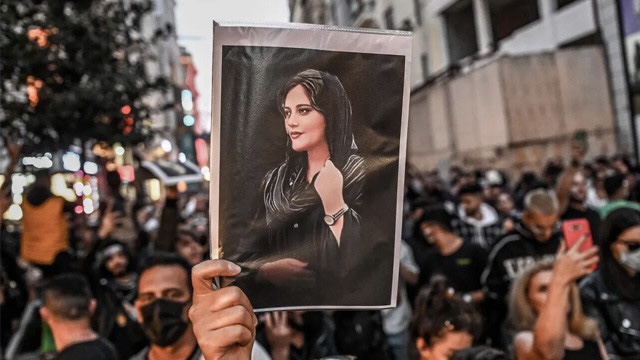 Iran has been facing raging protests for weeks following arrest and death of a 22-year-old woman, despite government crackdowns.

Mahsa Amini was arrested in Iran’s capital city of Tehran by the country’s morality police, an agency that enforces religious observances and public morality, for allegedly going against the country’s strict rules about women wearing a hijab. She was taken into custody and passed away in a hospital on September 16. Massive women-led protests against the government and the police force have been taking place since then in more than 30 cities across Iran and around the world. The Iranian security forces have started cracking down on the protesters and the clashes have since left 83 people dead, according to the Iran Human Rights organization based in Norway.

Protests have taken the country by storm, being led by mostly women. They have chanted a motto of “Woman, life, freedom,” and have engaged in actions such as burning their headscarves and cutting their hair while men cheered them on. After returning from New York City where he addressed the U.N. General Assembly, Iranian President Ebrahim Raisi warned the public that the government would not allow the safety and security of the country to be thrown into turmoil. The protesters have faced bullets, tear gas, and arrests from security forces attempting to settle down the violence while calling for an end to the current ruling power. Iran’s supreme leader Ayatollah Ali Khamenei is blaming the United States and the “Zionist regime,” the term used by Iran to refer to Israel, for planning and starting the protests while criticizing the protests in general, saying that even an incident such as this should not justify the protester’s actions.

It is not just ordinary citizens taking part in the backlash surrounding all of this; journalists and Iranian celebrities are also getting involved to bring more awareness to this issue and its effects. Over a dozen journalists have been arrested so far, with a notable one being Niloufar Hamedi, who was at the hospital where Mahsa Amini stayed and helped make the story public. Iranian singer Shervin Hajipour was also arrested after putting out a song on Instagram made up of protest messages. While he was forced to take down the post, it had already gained millions of views and was reposted by other users. The Iranian men’s national soccer team also took a stand by wearing black tracksuits to cover their national logo during the playing of their national anthem in a recent match against Senegal. Despite the security force’s efforts, the protests will likely continue for some time.