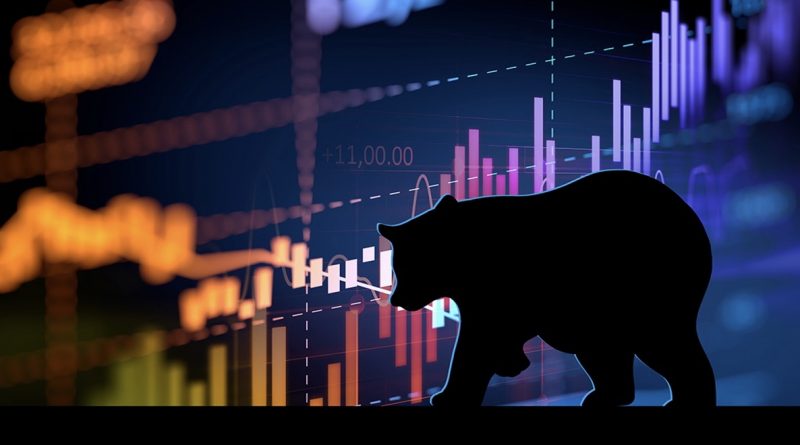 The Dow Jones Industrial Average, the oldest of the three main stock indexes on The New York Stock Exchange, entered bear market territory when it declined by 1.1% on September 26th. The decline extended the index’s drop-off from its all-time high and pushed its losses to over 20% from its January peak of 36,799 points to 28,725 points, which meets the criteria to enter a bear market (Wall Street Journal). The other two main indexes the S&P 500 and the Nasdaq were already down 23% and 32% from their record highs, as the S&P entered bear territory in June of this year and the Nasdaq entered in March (Reuters). Confirmation of the Dow entering a bear market is just the latest landmark in the year that has been constantly plagued by market instability as the Federal Reserve’s battle against record-high inflation persists, creating great concern among investors in the U.S throughout the year.

A bear market occurs when there is a prolonged duration of price declines in stock or the entire market, usually 20% or more from a recent high. The most recent occurrence of a bear market prior to 2022 transpired in March of 2020 at the beginning of the Covid-19 Pandemic shutdown of the United States economy. The Dow Jones Industrial Average fell from nearly 30,000 to under 19,000 but rebounded shortly after a month as investors had optimism of an economic rebound as the country began to slowly lift restrictions (Investopedia).

There has been a total of 25 bear market occurrences between April 1928 and April 2022. The two most severe come from 1929 to 1932 which started The Great Depression, causing the Dow to shed 89% of its value over three years. The Great Recession spanned from 2007 to 2009 and caused the S&P 500 to lose nearly 52% of its value (Investopedia). Bear markets are oftentimes accompanied by an economic recession and high unemployment.

Despite the volatile times that bear markets bring for investors, they can be great buying opportunities for long-term investors to purchase stocks that can potentially be undervalued. It is crucial to stay invested with a well-diversified portfolio that contains a liquid mix of assets that are consistent with long-term financial goals and risk tolerance. Investment strategies like these could bring your portfolio stability sufficient enough to withstand the temporary market volatility as bear markets on average last for about 9 -10 months. Though usually followed by longer periods of lucrative growth opportunities, it is important to stay invested and not sell when prices are low (Investopedia). Stockholders could also employ the dollar-cost-average strategy which is the practice of investing a fixed dollar amount on a regular basis, regardless of the share price (Charles Schwab). This strategy can help investors withstand volatility by avoiding mistiming the market and staying focused on their long-term financial goals by potentially bringing down their average cost.

Investors should keep these strategies in mind as market turmoil is likely to persist at least throughout the end of the year as inflation continues to be at record highs.