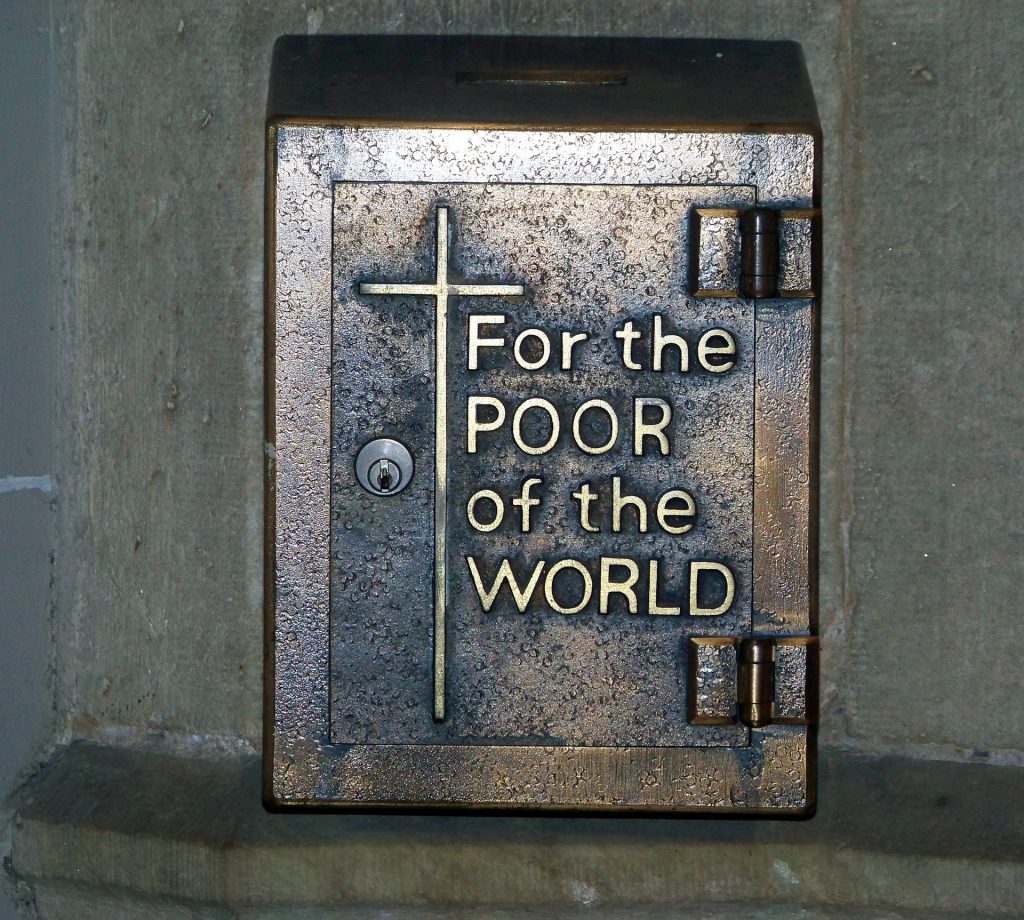 This special day of prayer and action was instituted by Pope Francis at the end of the Jubilee of Mercy, celebrated in 2015. On June 13, 2021 Pope Francis presented a message, “The Poor you will always have with you,” as a preparation for this coming November 14, the 33rd Sunday of Ordinary Time, as World Day of the Poor.

The Gospel text quoted as the title of the papal message is Mark 14:7. The account in Mark 14:3-9 is the basis for a reflection on the woman who anointed Jesus’ head with a special perfumed oil. After she was criticized sharply for the extravagant gesture, Jesus defended her because she anticipated his death whereby his poverty was made evident. “That nameless woman, meant perhaps to represent all those women who down through the centuries would be silenced and suffer violence, thus became the first of those women who were significantly present at the supreme moment of Christ’s life: his death, burial and resurrection. Women, so often discriminated against and excluded from positions of responsibility, are seen in the Gospels to play a leading role in the history of revelation.”

Pope Francis then reflects on the way the poor in every generation “know the suffering of Christ through their own suffering… We are called to discover Christ in them, to lend them our voice in their causes, but also to be their friends…”

Often we hear or read the similar episode in John 12:1-8, where the statement of Jesus, “You always have the poor with you but you do not always have me” may lead to a shrug of the shoulder: What can I do about it? This seems to imply that poverty is inevitable in every generation. Mark’s text, however, includes a reference to the Book of Deuteronomy. Pope Francis notes that Jesus calls us to seek every opportunity to do good. “Behind it, we can glimpse the ancient biblical command of Deuteronomy 15:7-11.” Thus Jesus has challenged his disciples to obey this precept in relation to the parable of the sheep and goats on the Day of Judgment (see Matthew 25:31-46).

The text of this message for the World Day of the Poor is available on the Vatican website here.

May every day find us open to the true needs of the poor!