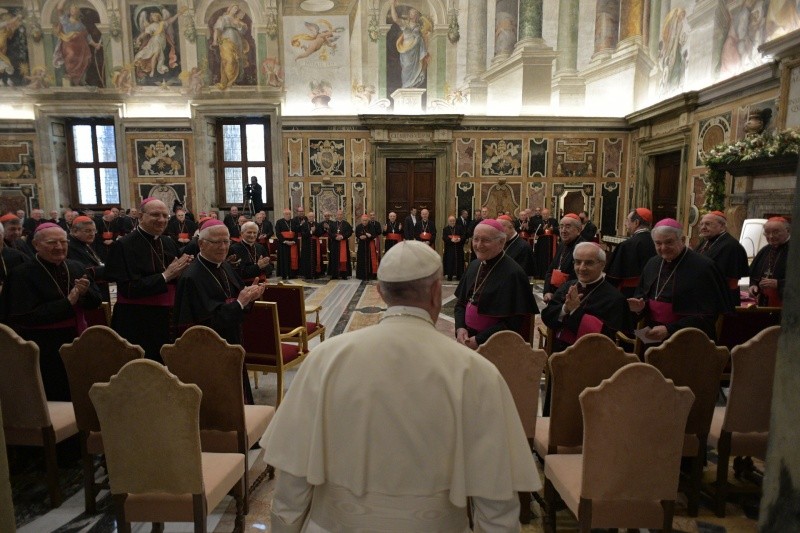 Pope Francis addressed the Roman Curia with his Christmas message on December 21, 2017. He reflected on the Curia in its relationship with the nations, “with the Particular Churches (i.e. dioceses), with the Oriental Churches with ecumenical dialogue, with Judaism, with Islam and other religions – in other words, with the outside world.

Near the end of the address, the pope remarked:

My meetings with religious leaders during the various Apostolic Visits and here in the Vatican, are a concrete proof of this.

In this passage Pope Francis refers to his Address to Participants at the International Peace Conference held at the Al-Azhar Conference Centre in Cairo, Egypt on April 28, 2017. Readers will be interested in this important text.

Wishing all who celebrate a very blessed and joyous Christmas!