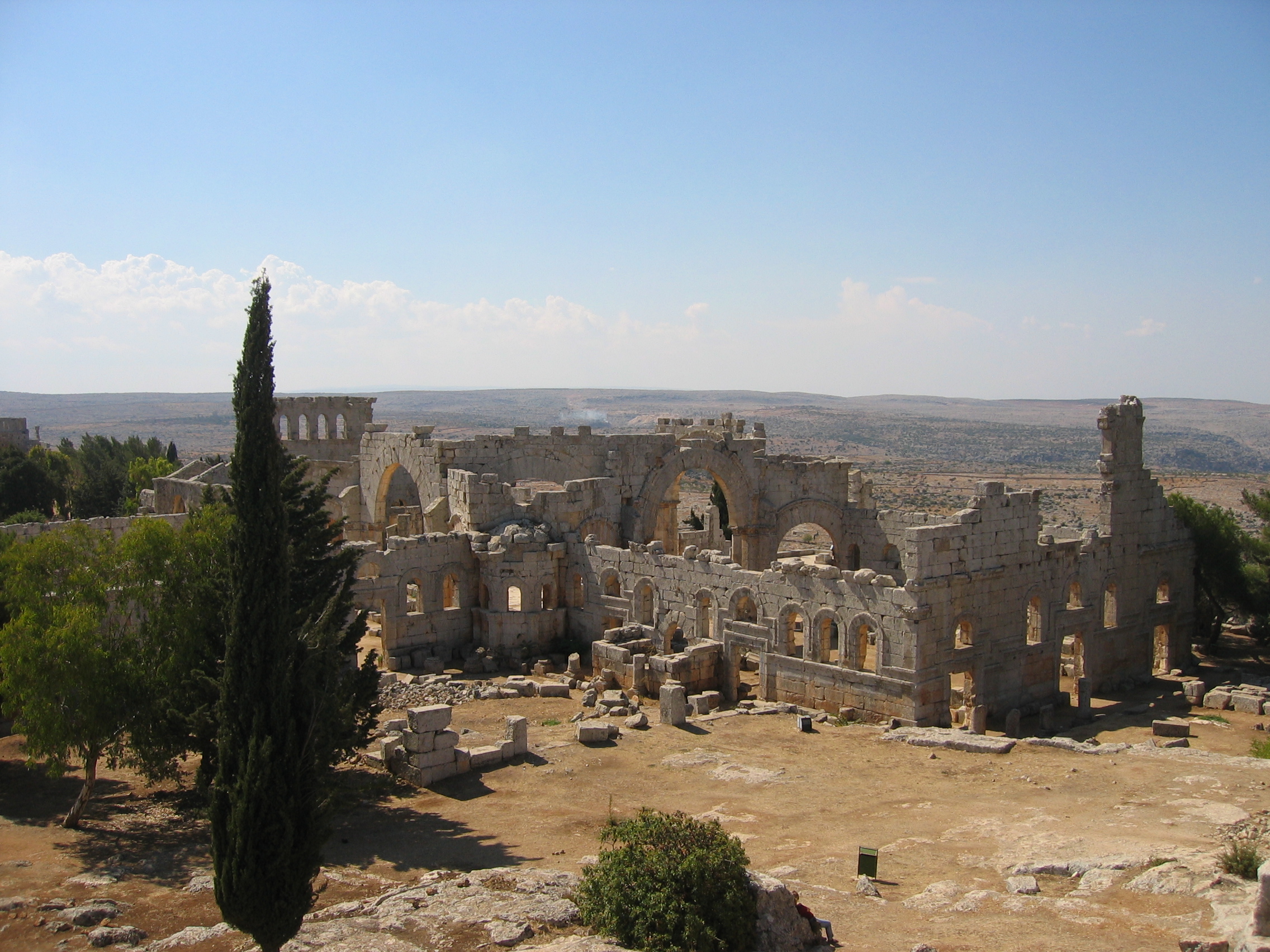 The frightful attacks on random groups of people in many countries seem to have become more frequent. The murder of a French priest during worship and an imam and his assistant near a mosque in the Queens borough of New York City shock us. In Medan, Indonesia a priest and the congregation at a Sunday Mass were extremely fortunate that the assailant’s bomb did not explode. These acts remind each of us that we must be ready for the final hour of our time in this world. We greatly admire the medical staff of hospitals, the educators and others who remain in danger zones to assist those caught in similar situations where the misguided wreak havoc on a society. We commend them for their courage and pray for their safety!

In recent years we all have seen tragic images of Syria and neighboring countries caught in the implacable clutches of war. Current news about Syria and a recent interview by Anisa Mehdi* to which she refers in her August 20th article, Of Murder, Men and God, prompts me to think back to a time of peace and relative tranquility when I traveled alone and by local bus from the Mediterranean to the Euphrates for several weeks in May 1965. A Canadian Catholic priest, I found French to be very useful in Lebanon and Syria. Below I share vignettes of that visit, in Syria, with the prayerful wish that peace will be restored soon to all areas of that country.

Damascus. After exploring the places associated with Saul of Tarsus, I met a teenager who accompanied me to Ma’loula, a Christian village, where the old-timers still spoke Aramaic. We had lunch in his aunt’s home, and we walked up the street to the foot of a mountainside dotted with caves. “This is where we go in times of trouble, pulling the rope ladders up after us,” he told me. At the end of the day my offer of cash for his expenses was refused: “It is my duty to help the stranger.”

Homs. As elsewhere, I found lodging with Catholic clergy, here in a Jesuit college. A day trip to Palmyra was a highlight, although sadly many of its ruins are no longer as impressive today. On returning from Palmyra, I got off the bus at a distance from the college. Ten or more young boys approached me asking for cigarettes. I failed to provide, so they began to throw stones. I ran into a small school, asking the teacher to point out my destination. When he kindly took me to the window to show me, the little beggars came into the room and disrupted the class. Shamelessly, I retreated and found my way to my lodging.

Hama. The priests told me that a community of French sisters had a school there. Would I offer Mass for them? They fixed a bed for me in a classroom, where I spent the night, and I led them in worship the following morning.

Aleppo. What a great city! I spent a few days with the Italian Franciscans exploring the long history of the area. I hired a taxi to take me to Qal’at Sim’an, the place where St. Simeon Stylites (390-459) lived on a platform above a pillar, eventually surrounded by a monastic community. Afterwards the Muslim driver took me to his home for the evening meal. No extra charge!

Rasafeh. At the bus station I explained that I wanted to visit the ruins of a Byzantine monastery well off the highway. Another passenger was helpful. Men on the bus showed interest in me, a Catholic priest and stranger. A teenager who spoke English sat next to me and translated for us.

At one point the bus stopped and the driver spoke with a shepherd. Soon they loaded several sheep onto the back of the bus, each one head first between empty seats. Before long I was reminded of a barnyard back home.

The bus stopped again to let another man and me off where a large truck was waiting. The back of the truck had two “stories:” sheep and me on the bottom and other people on a platform above. As soon as the truck headed into the trackless wilderness, dust began to make breathing difficult. A boy came down and wrapped me in his blanket, which filtered the air. Arriving at the monastic ruins I disembarked, with the driver’s assurance that he would return early the next morning. At the edge of the ruins I spotted three Mercedes sedans and spoke with the drivers. The Minister of Tourism and several other officials from Damascus were visiting the eastern region of Syria to see the potential for attracting numerous tourists. When they were ready to depart I was given a ride to Deir ez-Zor.

Dura-Europos. This was an outpost of the Roman army near the Euphrates. In 1929 the ruins of an ancient church and synagogue were excavated there. The frescoes were moved to a museum in Damascus, which was “closed for repairs” in 1965. One can only hope that these and other treasures of the past will continue to survive!

Bosra. This was a Roman site south of Damascus, where I stopped on my way to Jordan to deliver a letter to the married Byzantine priest who lived there with his family. Near the bus stop I entered a shop and met an elderly man who offered to take me to the church. I left my luggage with the shop keeper. The priest was away, but several ladies of the village were having tea with his wife. Although my guide had departed, I was assured of hospitality. When I returned later to pick up my luggage, I discovered the shop was closed. Someone showed me the owner’s home, but he could not be found. My hostess invited me to an evening meal and provided pajamas so that I would have a good rest. Early the next morning, I met the shopkeeper who was surprised that I did not return the previous afternoon. Unable to read the street signs, I had gone to a similar-looking shop on the parallel street!

Throughout my trip in Syria, as in Lebanon and Jordan, I found that the Christian minority was living in harmony with its Muslim neighbors and, although not all areas gave evidence of material prosperity, people were most generous to this stranger and were exemplars of traditional hospitality. Today my reminiscing leads me to offer special prayers for peace. May those who have fled the chaos in their homeland find a similar generosity of spirit among those whom they meet! May all who are tempted to use violence and destruction to achieve their goals ask themselves: For what benefit? May their eyes be opened to see that everyone loses in warfare.

*Anisa Mehdi is a documentary filmmaker, journalist and adjunct professor at Seton Hall University. She is also a part-time student in the Master of Arts in Jewish-Christian Studies. To learn more about her work, visit her website at http://www.anisamehdi.com/.