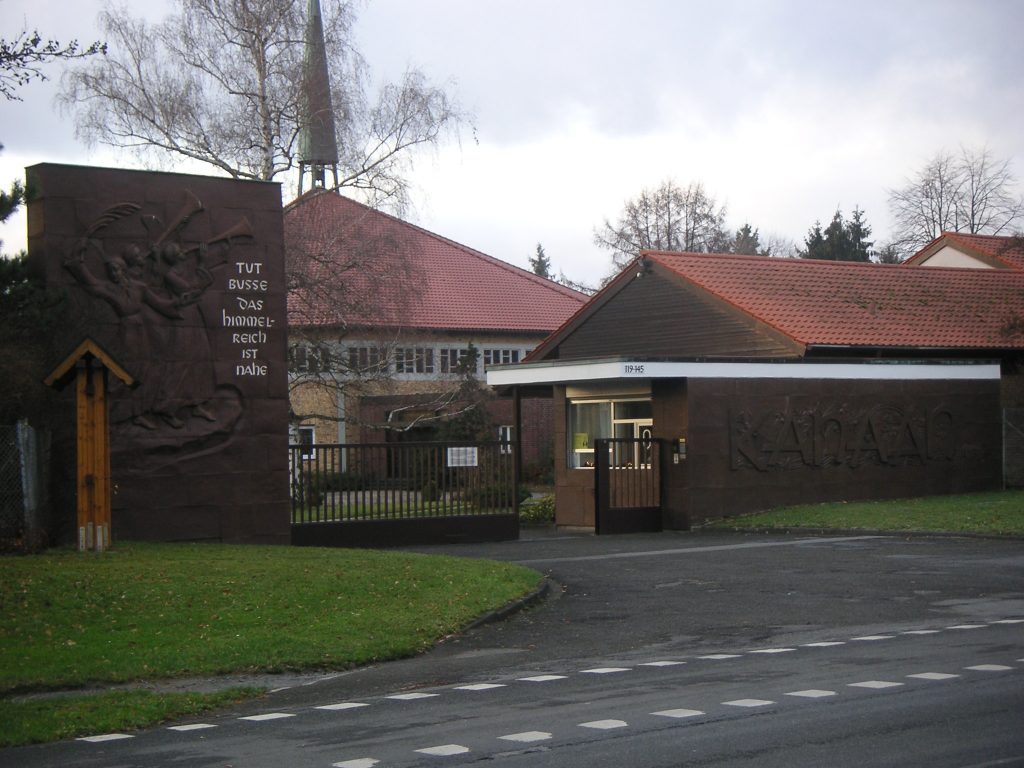 Motherhouse of the Evangelical Sisterhood of Mary in Darmstadt, Germany. derbrauni, CC BY-SA 3.0 via Wikimedia Commons.

The visit of Pope St. John Paul II to the Holy Land, especially his days in Jerusalem, made a profound impression on Christians throughout Europe. This became the stimulant for the Evangelische (Protestant) Sisters of Darmstadt to organize a convention, “Changing the Future by Confronting the Past,” in Jerusalem from April 17-22, 2001.

During the Pope’s visit to Israel, ordinary Jewish citizens were asking, “Where are the Protestants?” So we were thankful that more than 700 Christians from over 25 countries, especially throughout the Protestant tradition, joined us in April. ‘We were astonished by the harmony of purpose experienced between people from different nations, different cultures, yet all drawn together by a common purpose- a desire to repent for what his or her country had done to the Jews,’ to quote one delegate. The wider the spectrum of Christians represented at this act of repentance in Jerusalem, the more meaningful it would be to the Jewish people.  Though not necessarily sharing the same theological views, we were united in repentance and in our desire to demonstrate our support for the Jewish people.*

I was privileged to be the Catholic speaker at the conference that reviewed the history of Christian-Jewish relations over the centuries. The text of my presentation is here.

How did I receive the invitation? A Brother in the Community working with the Darmstadt Sisters is from Millburn, N.J. When he visited his father, he came to see me, and we discussed our common hope for positive developments in Christian-Jewish relations.  Shortly before the Convention dates, the Catholic speaker was no longer available so Brother Sylvestro contacted me. It was a memorable privilege to join with this large group of pilgrims for those days.

The most solemn part of the Convention is described by the Sisters:

The climax was the repentance service on Yom HaShoah, Holocaust Memorial Day in Israel, led by an international team of clergy.  A hush fell on the gathering as Bishop Christian Zippert of Germany opened with a prayer to the Eternal Father, God of Abraham, Isaac, and Jacob, saying, ‘Following the example of Ezra, Nehemiah and Daniel, who confessed their sins and the sins of their fathers at crucial times in their nation’s history, we want to begin this new millennium with a public confession of sin before God and the Jewish people here in Jerusalem, where the Church began.’*

In attendance were over 1200, including 200 members of the Jewish community.  A declaration repudiating anstisemitism and signed by over 32,500 Christians in 36 countries was received by Rabbi Paul Laderman on behalf of the Jewish community with the assurance it would be permanently stored in the National Archive of the State of Israel.

Twenty years have passed, and the prayerful work of repentance and peacemaking continues. May the goodwill and hope of this and many other encounters dispose us, Jews and Christians, to be recipients and vehicles of divine blessings!

*Taken from the letter of thanks to those who supported “Jerusalem 2001 Convention: Changing the Future by Confronting the Past.” © The Evangelical Sisterhood of Mary  Darmstadt, Germany.