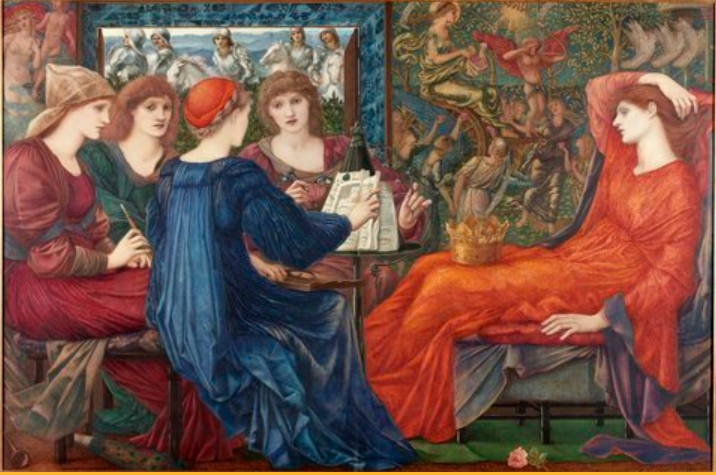 Sir Edward Burne-Jones (1833 -1898) joined the founding group called “the Pre-Raphaelite Brotherhood” and contributed in many ways the use of the Bible and ancient Mediterranean mythology to offer an elevated religious and moral tone to the Victorian scene. In the WSJ, J.S. Marcus presents “In London, Medieval Legends Through Modern Eyes” on the exhibition in London’s Tate Gallery.  His comment on Burne-Jones: “Self-taught and hardworking, and suffused with a spirituality inspired by the theologian John Henry Newman, he created a vast catalog of paintings, drawings, stained-glass windows, tapestries and furniture that typically relied on medieval and mythical themes and sources.” See the examples of his work on the Tate website at www.tate.org.uk/whats-on/tate-britain/exhibition/edward-burne-jones.