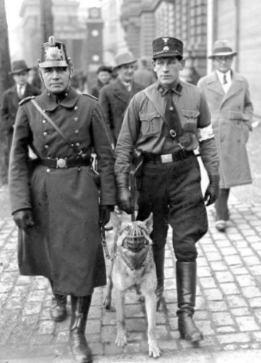 A policeman (left) and his dog on street patrol side-by-side with a Nazi auxiliary.

The Jewish-Christian Studies Graduate Program is hosting the professional study day, “Police in the Nazi Period and Now,” on Wednesday, March 13, 2019, from 9:00 am – 3:00 pm at Seton Hall University. The event is offered free of charge, including lunch, but you must register at bit.ly/RSVP2019TSD.

The role of the police in a society has been defined in a way that is distinct from the nation’s armed services. When Sir Robert Peel was Home Secretary of England, the Metropolitan Police Force was created in 1829. For almost two centuries the “bobby” has been honored in England, but for the Irish the “peeler” was less than beloved!

How were the police in Nazi Germany and occupied lands perceived by minorities and others who refused to collaborate in building the Third Reich? How did the ordinary police differ from the infamous secret police (Gestapo)?

Our first speaker, Dr. Peter Black, will review the tragic history of police action in Europe of the Nazi period. The second speaker, Dr. Maria Haberfeld, will focus on police education in the United States and describe some of the ways police departments interact with local communities.

The program is an accredited service provider in the State of New Jersey. Therefore all participating teachers will receive 5 “credit hours” for their participation. You can access the full agenda at bit.ly/TSD2019. 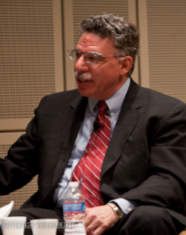 Peter R. Black, Ph.D. is retired from the United States Holocaust Memorial Museum, where he served as Senior Historian from 1997-2016. Previously he served as Chief Historian for the Office of Special Investigations, Criminal Division of the United States Department of Justice (1978-1997). Dr. Black published Ernst Kaltenbrunner: Ideological Soldier of the Third Reich (1984) and has written several articles and chapters in books. Since 2016 he has been active as an independent historian and consultant. 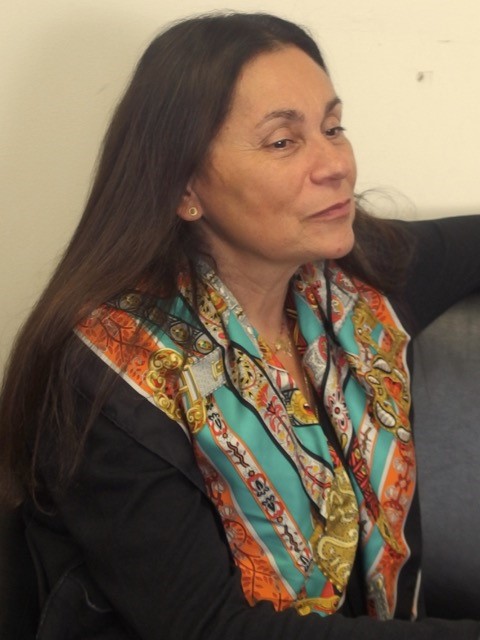 Maria (Maki) Haberfeld, Ph.D. is Professor of Police Science in the Department of Law, Police Science and Criminal Justice Administration at John Jay College of Criminal Justice in New York City. She received the Master of Arts in Criminology from the Hebrew University in Jerusalem. Her publications include Critical Issues in Police Training (2002), Contours of Police Integrity (co-editor, 2003), Police Leadership (2005), Introduction to Policing: The Pillar of Democracy (co-authored, 2014), and other books, including three on terrorism.