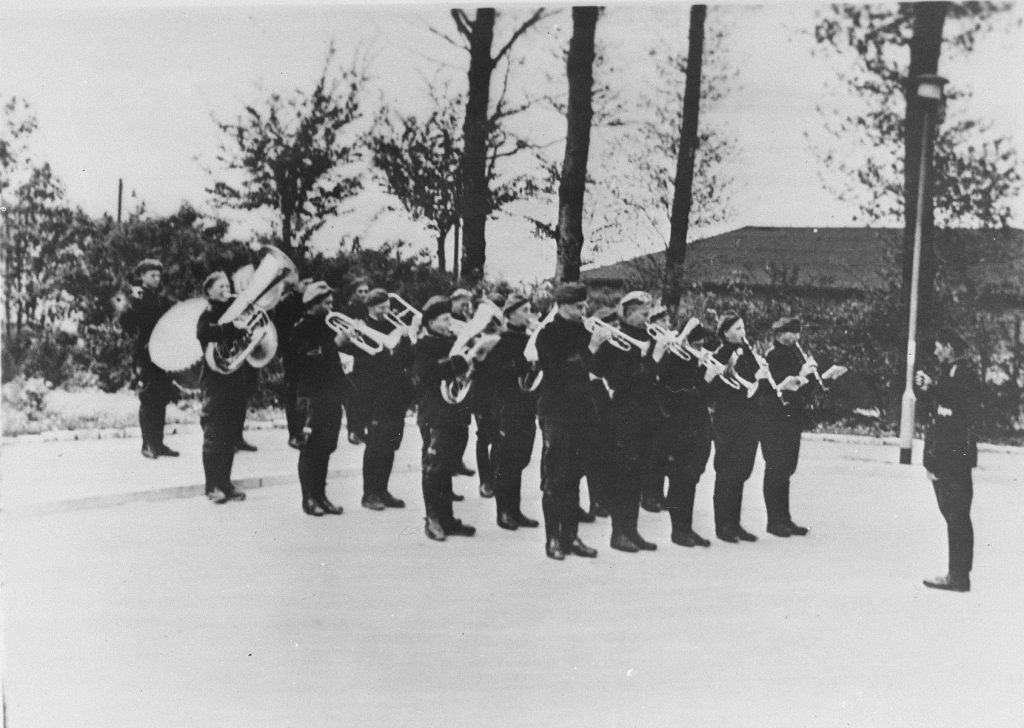 Music is an art that can transcend the limitations of language, bringing people together and allowing us of a later time to share something of an insight into their experience.  The study of music during the Nazi period, and especially in the concentration camps, is a special discipline that gives inspiring evidence of spiritual resistance to the brutality of the Nazis and their collaborators.

The New York Times offers a report by Milton Esterow, “Music From the Death Camps: Alive and Being Readied for a New Home.” The text focuses on the plan of Mr. Francisco Lotoro of Barletta in southeast Italy to build a museum, library and theatre dedicated to the study of music by “Jews… political and other religious prisoners in many countries and music created by musicians ‘of any national, social or religious background’.”

An organization called the Exil.Arte Centre at Vienna’s University of Music and Performing Arts was founded in 2017 to recover and study music banned by the Nazis as “degenerate.” It arranges performances, prepares recordings and publishes books.

In addition to Mr. Esterow’s survey of other centers focusing on music that survived that tragic period, I wish to draw attention to the extensive work of Tamara Reps Freeman, D.M.A. (Rutgers University), who is an Adjunct Professor of Holocaust Music at St. Elizabeth College in Morristown-Convent Station and Montclair State University.  Visit her website at http://holocaustmusic.org/.

Lastly I would like to make reference to the global education network, ORT. This organization also maintains a website dedicated to the role of music in the Holocaust: http://holocaustmusic.ort.org/. The website features: