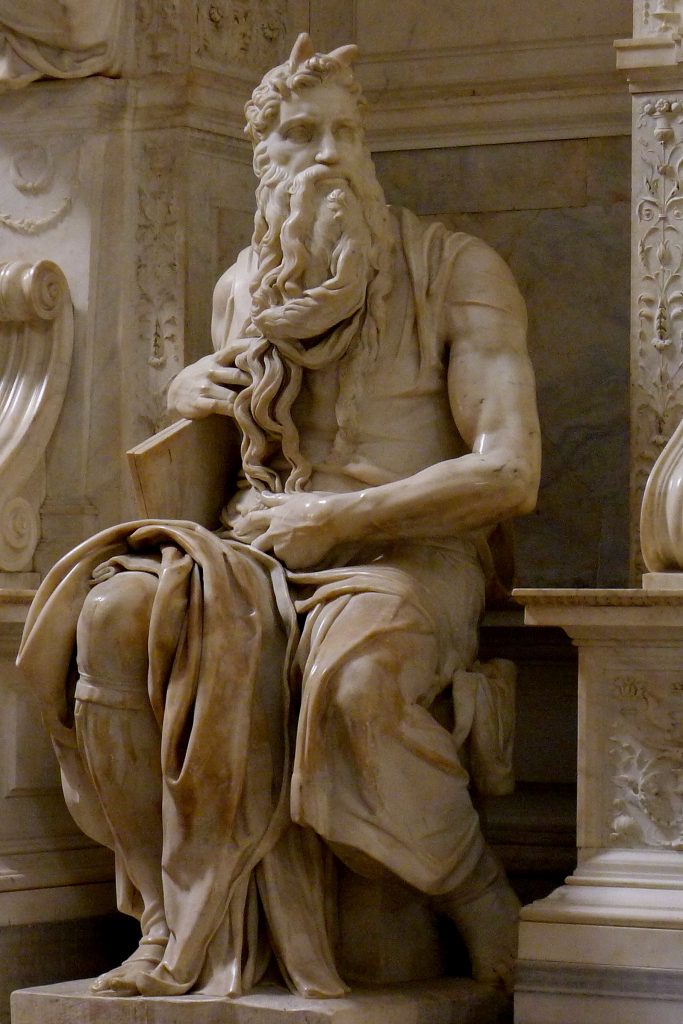 In the N.J. Jewish News of March 9, 2020, the Touch of Torah column on Exodus 30:11-34:35, “How a biblical mistranslation led to anti-Semitism” by Rabbi Joyce Newmark, discusses the translation of the word “karan” into Latin as cornuta / horned rather than “ray of light.” She draws attention to Michelangelo’s statue of Moses and links it to anti-Jewish bigotry so tragically evident again in our day.

I draw attention to the work of art historian Ruth Mellinkoff, The Horned Moses in Medieval Art and Thought (Berkeley: University of California Press, 1970). A distinction should be made between the bull’s or ram’s horns as a symbol of authority (for example, over the ear of a ruler depicted on a coin) and the goat’s horns, which in the Middle Ages and later were a symbol of the devil. In a positive way royal power is symbolized by a horn in the divine promise: “I will make a horn sprout from David’s line” (Psalm 132:17). The goat’s horns were applied to the Jewish people by those who misinterpreted the New Testament, especially John 8:44.

Michelangelo had great esteem for Moses as Mediator of the Sinai Covenant.  On the spandrels of the Sistine chapel ceiling he depicted Moses as one of four who delivered Israel from grave danger.

May the people who seek divine guidance in the vicissitudes of life in our time find light from the principles of the Biblical heritage! I thank Rabbi Newmark for drawing attention to the Second Vatican Council of the Catholic Church and for the teachings that build upon the Declaration of the Church’s Relation to the Non-Christian Religions (Nostra aetate)!