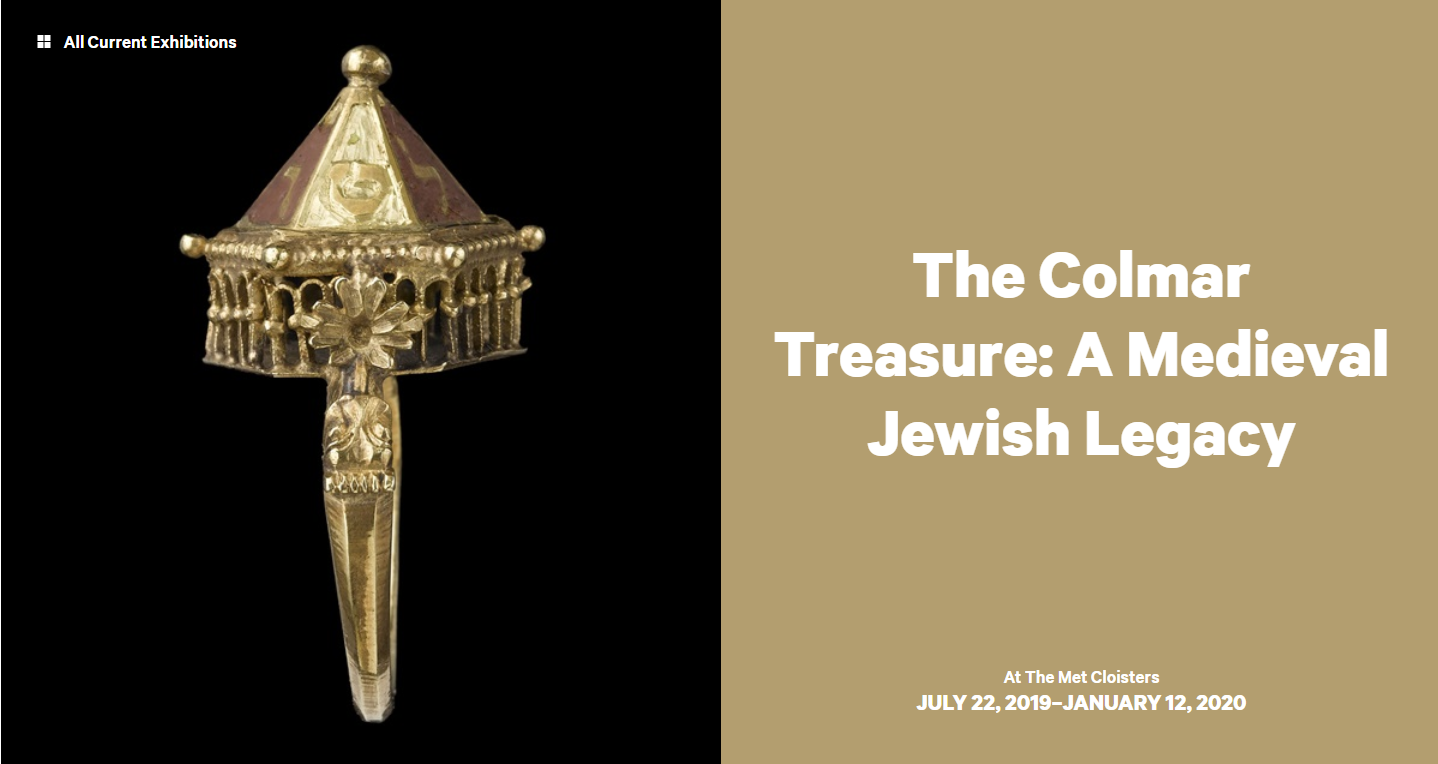 The Metropolitan Museum Cloisters in New York City has an exhibit “The Colmar Treasure: A Medieval Jewish Legacy” until January 12, 2020. See www.metmuseum.org/exhibitions/listings/2019/colmar-treasure-medieval-jewish-legacy.

The Jewish Week has a special report by Diane Cole, which you can read at jewishweek.timesofisrael.com/jewels-give-voice-to-a-lost-community/. In The Wall Street Journal, Susan Delson described Hidden Treasures from the Middle Ages with a reproduction of a page from a 14th century Jewish prayer book. The major collection of hidden jewels and coins was discovered in 1863. In addition, “research in the Colmar municipal library recently yielded another hidden treasure: fragments of Hebrew manuscripts that were later incorporated into the bindings of other books.” Several of these pages are among the pictures on the Cloisters’ website.

As we strive to promote understanding and harmony between Jews and their neighbors today, we appreciate the poignant reminders of the past and its burdens of persecution and suffering. May the principle of the Golden Rule be effective for a better future!