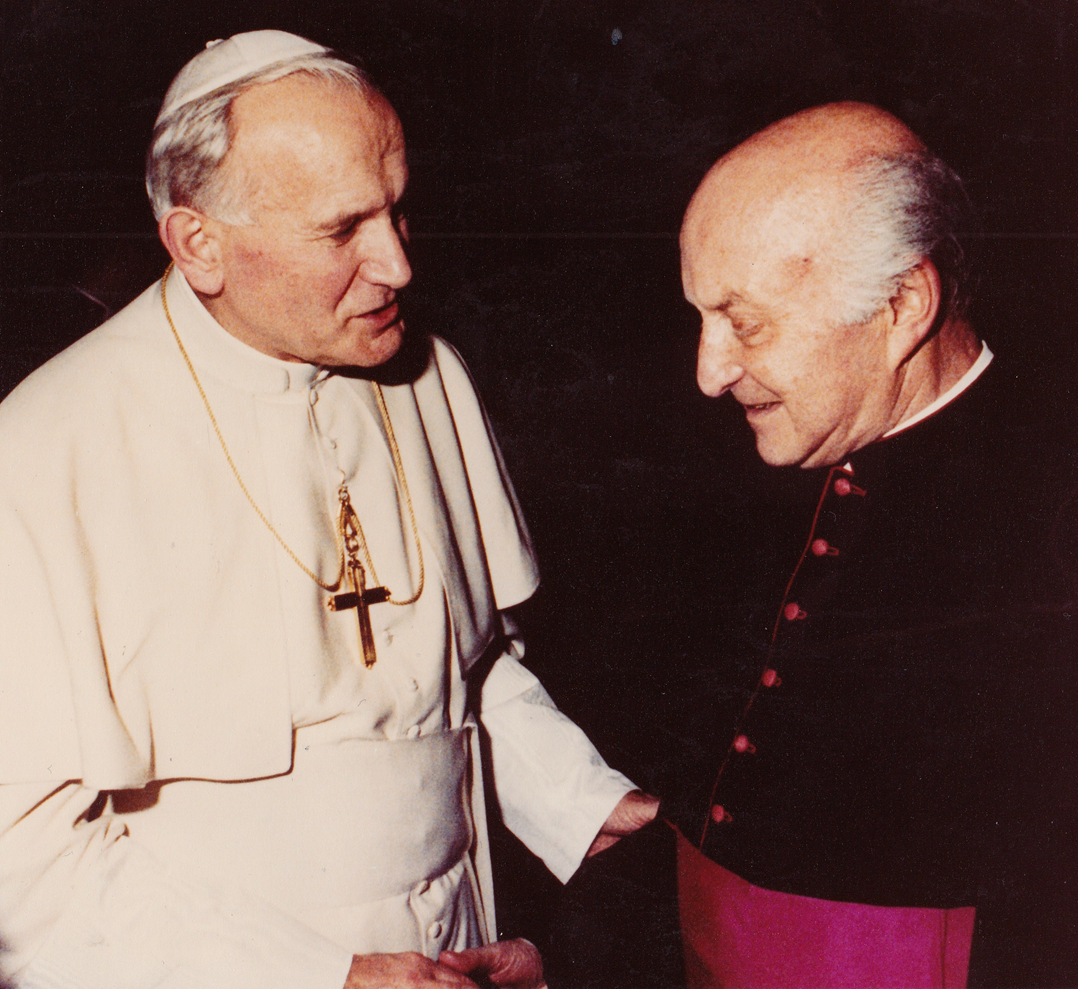 In commemoration of the 65th anniversary of the Institute of Judaeo-Christian Studies (IJCS), Rabbi David Fox Sandmel, Ph.D. will present “Come Let Us Reason Together: Jewish Responses to the Catholic Church’s New Teachings on Judaism” at the 25th Monsignor John M. Oesterreicher Memorial Lecture on Thursday, October 25, 2018, from 7 to 9 p.m. at Seton Hall University.

Established in 1953 at Seton Hall by Msgr. John M. Oesterreicher, the IJCS is the oldest academic institution in the world dedicated to Catholic-Jewish relations and is the founder of the only Jewish-Christian studies graduate program in the United States. Every year the IJCS hosts a memorial lecture to celebrate the strengthening of Catholic-Jewish relations and remembers the commitment of Msgr. Oesterreicher to interreligious dialogue through his work on Vatican Council II’s “Statement on the Church’s Bond to the Jewish People” within paragraph four of Nostra Aetate. This watershed document laid the foundation for positive Jewish-Christian relations and influenced the work of countless individuals as well as episcopal conferences and bishops throughout the world.

We are honored to have Rabbi Dr. David Fox Sandmel as the keynote speaker at this year’s Memorial Lecture. Since 2014 Rabbi Sandmel has served as Director of Interreligious Engagement at the Anti-Defamation League (ADL). Before that he held the Crown-Ryan Chair in Jewish Studies at the Catholic Theological Union in Chicago and was Judaic Scholar at the Institute for Christian & Jewish Studies in Baltimore, where he managed the project that produced “Dabru Emet: A Jewish Statement on Christians and Christianity.” This document was the work of four scholars and was endorsed by Reform, Reconstructionist, Conservative and Orthodox rabbis and scholars.

Rabbi Sandmel is also an editor of Christianity in Jewish Terms and Irreconcilable Differences? A Learning Resource for Jews and Christians, and his commentary on First Thessalonians appears in The Jewish Annotated New Testament.

I do hope you will join us for this special evening, which the IJCS is sponsoring in partnership with the New Jersey Commission on Holocaust and Genocide Education.

The event is free and open to the public and will be held in the Jubilee Amphitheatre in Jubilee Hall at Seton Hall University. To RSVP and learn more, please register here or call us at 973.761.9751. 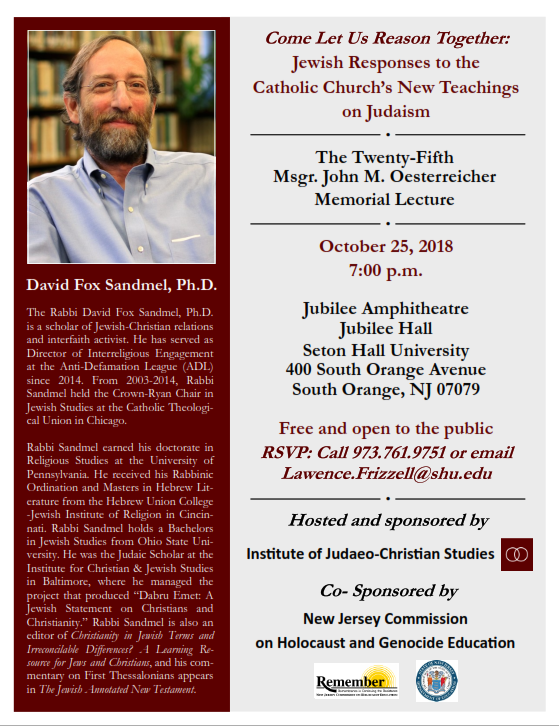