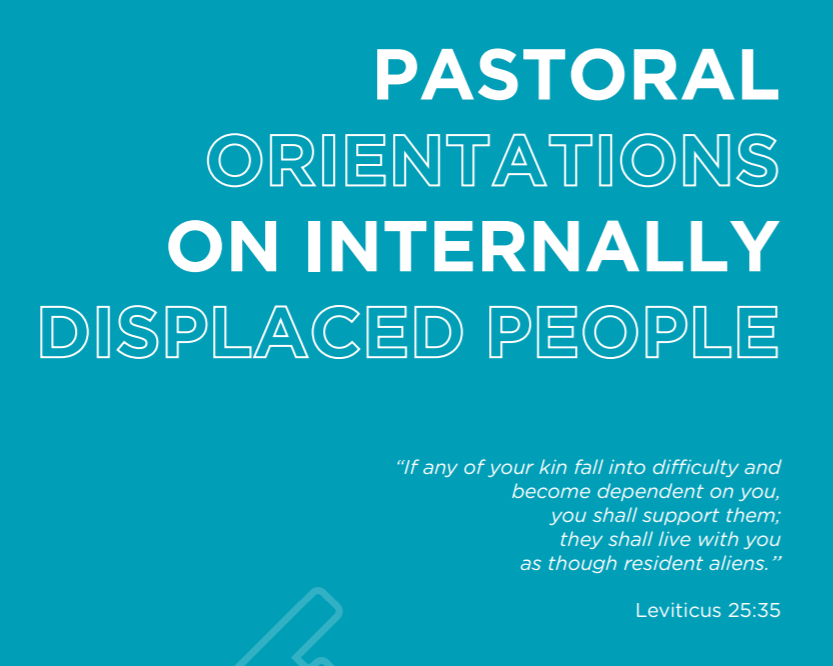 The plight of refugees has not been featured in the news media for several months.  The Covid-19 pandemic has absorbed our attention and, more recently, we are shocked by the abuse of authority when certain police officers transgress by excessive use of force. Then perhaps we fail to consider how vulnerable these people in transit are to these threats, and we are challenged again to collaborate in education regarding rights and duties of each person in our societies.

The universal Church urges us to be aware of the multitude of refugees and other migrants who are in search of a home and future for their families. The estimated number, more than 60 million, refers to those who have been forced to flee from their country because of war or natural disaster.

On January 9, 2020 Pope Francis drew attention to “the tragedy of internally displaced people as one of the challenges of our contemporary world.” The estimated number who have been driven by terroristic acts or war from their homes and livelihood is estimated to be 20 million.

In his address for the World Day of Migrants and Refugees on May 13, 2020, Pope Francis offered a challenge: “To preserve our common home and make it conform more and more to God’s original plan. We must commit ourselves to ensuring international cooperation, global solidarity and local commitment, leaving no one excluded” (Osservatore Romano, May 15, 2020 p. 7).

In order to deal with this grave situation, Cardinal Michael Czerny of the new Dicastery of the Holy See on Integral Human Development has published “Pastoral Orientations on Internally Displaced People.” It is available here on the Vatican website (48 pages).

In the past we have drawn attention to the frequent and devastating attacks on Christian communities in the northeastern areas of Nigeria. This grim situation continues as The Tablet (London) reports in “COMECE urges defence of Christians in Nigeria.”

The New York Times published the report of Ruth Maclean, “When the Soldiers Meant to Protect You Instead Come to Kill.” Attacks by terrorists and, it seems, by government soldiers have resulted in the death of 2,000 people in the last 18 months.  Internally displaced people are estimated to be 850,000. Among the desperate needs of such refugees is collaboration of Christians, Muslims and others to become part of a healing and restoration process. The first step, however, seems to be required of governments of each country with such a major problem. In the name of common decency and in a true response to the needs of people who desire peace for their families, may leaders in these countries be inspired to service of the most vulnerable!