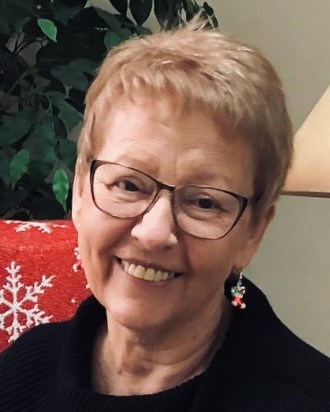 Lifelong learning was exemplified by Eve Shea who graduated from the M.A. program in Jewish-Christian Studies in 2017. She and her husband, Tim, had been friends and supporters of Sister Joseph Spring’s Assumption College for Sisters in Denville, and the sisters and priests in Jewish-Christian Studies also became beneficiaries of their generosity.  Eve’s life-experience and studies moved her into action to promote justice and harmony in the world around her.

As one of her professors, Rabbi Dr. Alan Brill offed a beautiful eulogy for Eve’s funeral.  With his permission, I quote from his text:

“The first eulogy in the Bible is when Abraham came to eulogize Sarah (Genesis 23:2). The Jewish Rabbinic tradition says about that verse in Genesis that “The righteous are considered alive even after death.” Sarah achieves this distinction and so did our beloved Eve.

What is immortal and lasting in a life? It is that the person lives in our memories, our lives, and our values. Our love and respect for Eve lives on.

What were Eve’s most cherished values?  She cared about other people and the injustices they suffered. She wanted to overcome hatred, she wanted to overcome anti-Judaism, and she wanted people to learn to respect one another.  She also strongly believed in education…She also valued family, friendships, and relationships- as well as community. She volunteered for many local organizations…

We loved and cherished her. Eve will be missed.

I will close with a quote from a Jewish funeral prayer.

God, full of mercy, Who dwells above, give Eve true rest on the wings of the Divine Presence, among the holy, and glorious who shine like the sky. May her rest be in the Garden of Eden. Therefore, may the All-Merciful One shelter her with the cover of His wings forever, and bind her soul in the bond of life. The Lord is her heritage; may she rest in her resting-place in peace; and let us say: Amen.”