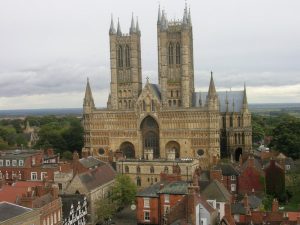 Since the Second Vatican Council, the Bishops in several European countries have led the effort to remove the carvings and paintings that portray the vicious canard that Jewish people used the blood of a Christian boy to make the maṣṣah (unleavened bread) for the Passover meal. For example, the Anglican Lincoln Cathedral has a plaque repudiating the case of “Little Hugh,” dating back to 1255.

Recently another statue in Wittenberg, Germany, the Judensau depicting Jewish people suckling a sow, has been in the news.

The laudable effort to contrast this insulting image with an information board message and monument commemorating the six million Jewish victims of the Nazis seems inadequate. Why? Because bigots could ignore the educational message and focus on the fact that a Christian church fostered and even now seems to endorse the idea of ridiculing the Jews.

It would be better to place this and other manifestations of such hatred in a place where a direct explanation by docents can deal with the enduring challenge to human decency. I hope that this can be accomplished by local leaders!

2 thoughts on “Anti-Jewish Bigotry in Stone”