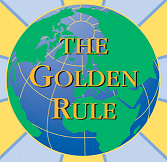 For many centuries the history of conflicts and wars has been written by the victors. The memory of atrocities, however, is recorded in the oral traditions among survivors of those who lost their freedom and, in some cases, their identity.

Since the Second World War, when the term “genocide” was coined by Raphael Lemke, the relentless attack on civilians in minorities has been seen as uniquely odious.

What degree of humility and self-judgment is necessary for a government to acknowledge responsibility for an attack aimed at the destruction of an entire ethnic community? Has this ever happened by the governing power under which the vicious acts took place? Not likely in the past. We hope that genocide will never occur again!

For centuries African communities have been under the domination of European naval powers. Both material resources and human lives have been exploited without any regard for the Golden Rule, a guiding principle applicable in every community and culture (See Scarboro Missions: https://www.scarboromissions.ca/golden-rule).

In recent weeks the German government acknowledged that the military attack from 1904-1908 on two tribes in South-West Africa (now called Namibia) constituted genocide. “The German government also agreed to establish a fund worth 1.1 billion euros, to be distributed over three decades, as part of the accord” (“Germany Officially Recognizes Mass Killings in Colonial-Era Namibia as Genocide,” Wall Street Journal, May 28, 2021). The descendants of Herero and Nama tribes claim that the negotiations should have been with their representatives rather than with the Namibian government. A government official said that “the two sides had reached an agreement in principle, which must be presented to representatives of the Herero and Nama communities and debated in parliament” (Wall Street Journal, May 29-30, 2021).

May a focus on the needs of these two communities living on “reservations” bring a modicum of reparation for past crimes!