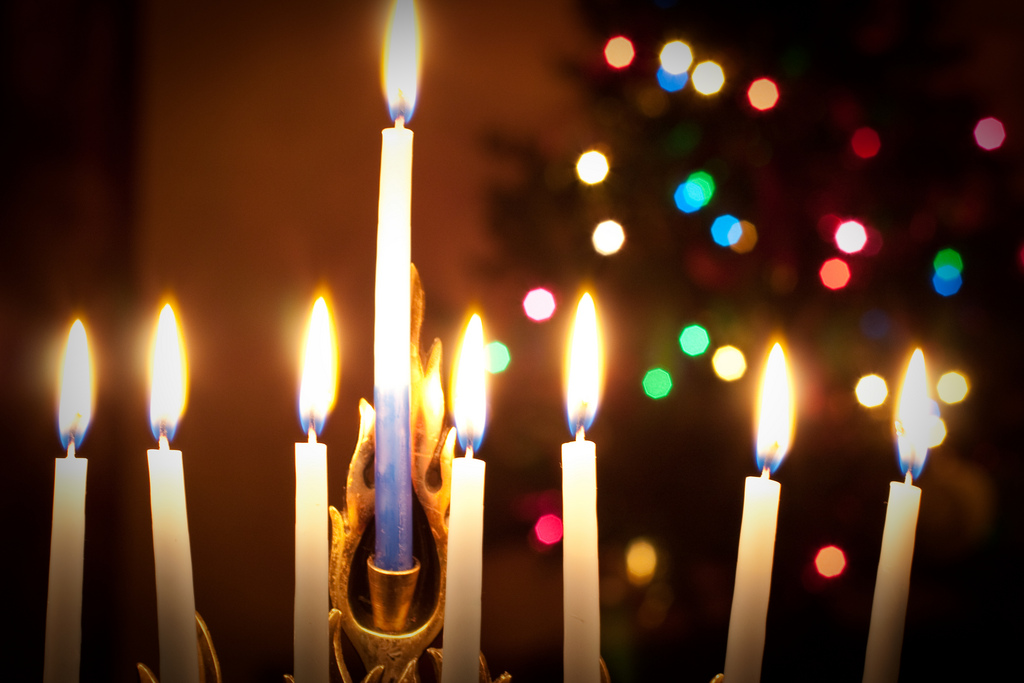 Because solar and lunar calendars usually differ by several weeks, only rarely does the minor eight-day festival of Ḥanukkah coincide exactly with December 25th in the Roman calendar. This year the two feasts that accentuate light triumphing over darkness will be celebrated at the same time.

In their deuterocanonical books preserved in the Greek Bible (1 Maccabees 4:36-59; 2 Maccabees 10:1-8), Catholic and Orthodox Christians find accounts of the purification of the Jerusalem Temple and restoration of Israelite worship with the prescription that “the whole Jewish nation should celebrate these days every year.” This is one of the seven special rabbinic commandments that is added to those of the Torah.

In ancient times appendices would be found at the beginning of a scroll, so a letter to Jews in Egypt recorded the legend of Nehemiah and priests who returned from the Babylonian Exile finding the “remnant” of sacred fire hidden by their ancestors. This burst into flame, showing that God accepted the sacrifice in the Second Temple on behalf of all the people of Israel (2 Maccabees 1:18-36).

In the late Aramaic “Scroll of the Hasmoneans,” the brief description of the Temple purification is followed by a search for pure oil to light the Menorah. “They… found only one bottle with the seal of the high priest so that they were sure of its purity. Though its quantity seemed sufficient only for one day’s lighting, it lasted for eight days owing to the blessing of the God of heaven who had established his Name there” (Philip Birnbaum, editor, Daily Prayer Book [New York, 1949] pp. 724-26). Thus, the tradition of the Ḥanukkah (eight-branched candlestick) developed with an emphasis on themes of light and freedom.

As long as the Temple stood, the reconsecration was the focus of these eight days. “The feast of the Dedication was then taking place in Jerusalem. It was winter and Jesus walked about in the Temple area on the Portico of Solomon” (John 10:22-23). He linked this feast to the consecration that preceded his mission in the world (see John 10:36). Quoting Psalm 40:7-9, the author of the Letter to the Hebrews presented the coming of Jesus into the world as the foundation for the consecration of Christians to the service of God (Hebrews 10:5-10; see John 17:17-19).

In the Jewish liturgy, the eighteenth benediction, which celebrates God’s miracles and mercy, has an addition for the feast of Ḥanukkah. “We thank you for the miracles, for the redemption, for the saving deeds and mighty acts wrought by you, as well as the battles which you did wage for our ancestors in days of old, at this season.” This is followed by a brief account of the divine deliverance of the people and the cleansing of the Temple (Birnbaum, pp. 91-94).

As Christian communities throughout the world celebrate our Feast of Light, both Christians and Jews might join in praying for miracles of peace in the lands of the Bible and for mutual understanding to flourish everywhere so that people of our generation may become peacemakers in the service of God.

2 thoughts on “Ḥanukkah and Christmas”