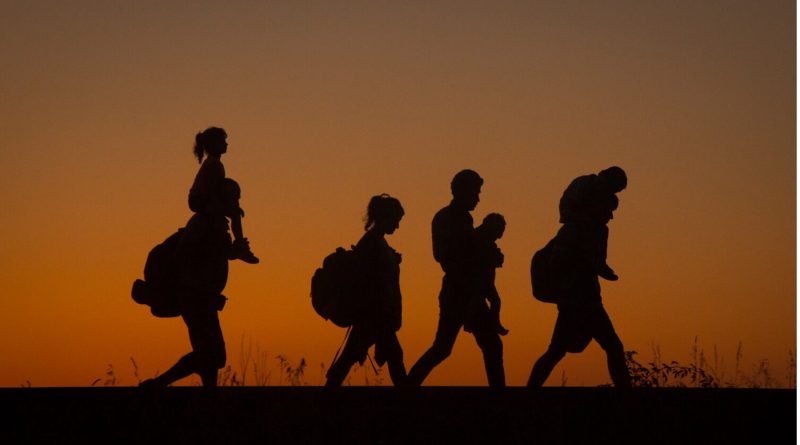 The age of climate change has brought heightened levels of violence as competition over essential resources continues to grow to exponential heights. As a result, individuals have become internally and externally displaced from their homes. The United Nations High Commissioner for Refugees (UNHCR) reported that individuals living in “hotspots” during the climate change crisis are experiencing high levels of hostility as the fight for survival continues. Rising levels of political instability, nationalism, and ethnic cleansing within countries have been noted to occur more frequently as waves of individuals are forced to find new homes. Other factors that are linked to heightened levels of conflict include food insecurity and access to clean drinking water. Studies found that when competition increases over resources directly linked to household income, communities become more vulnerable to illicit criminal paths in an attempt to recoup lost income. The world is beginning to see the effects of climate change and policymakers need to be evolving with the ongoing problem to provide solutions for those suffering.

The effects of climate change vary in developed and developing countries, which explains the difference in responses. Developed, wealthy countries feel the effects of climate change through an influx of migration from displaced individuals seeking refuge. Developing countries feel these effects through an increase in natural disasters, food and water instability, and less crop-producing yields. Annually, twenty million individuals are forced to leave their homes to find new ones. This is occurring at the U.S.-Mexico border, where climate change is affecting migration to the U.S. Climate change has worsened the already fragile economic insecurity and political instability within Central America that led to a rise in migration from Mexico to the U.S. Cases like this are occurring worldwide as migration levels continue to rise while individuals relocate due to climate change.

It is necessary to discuss climate change and environmental migration within a context that explains why many individuals have opted to remain in unsafe locations instead of seeking refugee elsewhere. Many individuals have had to choose to adapt to the circumstances due to a lack of opportunities, economic and financial instability, or strict migration and visa policies set in place that have impeded migration. Adapting within the age of climate change has included building sea walls, moving further inland to escape the coast, and even planting new crops that are drought or flood-resistant.

Environmental hazards pose a great threat to populations as seen in the Pacific Region that has seen a rise in sea level, droughts, flooding, and increased tsunamis and cyclones. Particularly at high risk are those that are considered to be “trapped populations” or those that had to relocate within the last ten years but did not have the financial means to do so. Kiribati, an island nation, is an example of a “trapped population” in which individuals have a severe lack of financial resources and physical means to move to another country. Creating policies, such as stronger migration policies, would be beneficial and provide relief for those in vulnerable communities feeling the worst of the effects of climate change. Understanding the vulnerabilities of communities would pave the path for strong adaptation plans to assist communities that have been impacted. Accountability measures and enforcement mechanisms are needed to ensure all members of the international community are contributing to meeting climate goals will make for a more unified front in battling this challenge. Policies that allow for climate-smart infrastructure and restoration projects to rebuild communities after a disaster would also be advantageous.

Migration cannot be the only option for individuals living in particularly vulnerable locations, such as these island nations that are experiencing the worst effects of climate change. Mechanisms must be implemented, as outlined within the Paris Agreement, including strengthening the dialogue of climate change, the knowledge and understanding of all aspects and effects climate change will have on the world, and enhancing combined action and support through the ways of financial support, technological support, and building of task forces to monitor situations. Furthermore, developed nations need to contribute financial aid to the Adaptation Fund that works to provide finances for programs working to help developing and vulnerable countries adapt to climate change. As of COP26, $356 million USD has been noted as new pledges, meaning many countries are recognizing the importance of assisting vulnerable countries to adapt to the effects of climate change when migration might not be an option.

As 2022 approaches and the severe effects of climate change are being seen within our backyards, it will be necessary for developed, wealthy nations to influence public policy decisions and take the necessary steps to reduce the drivers of climate migration. The U.S. can reduce its emissions and invest in the steps necessary to make a concrete change in the long term and implement federal and state policies that focus on the reduction of GHG emissions while creating strong bilateral and multilateral agreements with major economies in the international community to encourage nations to do the same. While these efforts will work to curb climate change and hopefully slow the fast pace at which it is accelerating, climate migration must still be an area of focus as it will not be eliminated anytime soon. It is for this reason that policymakers have to implement strong immigration programs to create temporary protection status for climate refugees similar to the Immigration Act of 1990. In an Executive Order from the White House, a concrete report on climate change and proposed mechanisms and resettlement programs will be submitted to President Biden discussing the impacts climate change has on migration. Accountability measures, enforcement mechanisms, providing financial assistance, and working with philanthropies to strengthen the discussion of climate change are all ways in which developed nations can take the necessary steps to curb the effects of climate change and address the issues of climate migration.