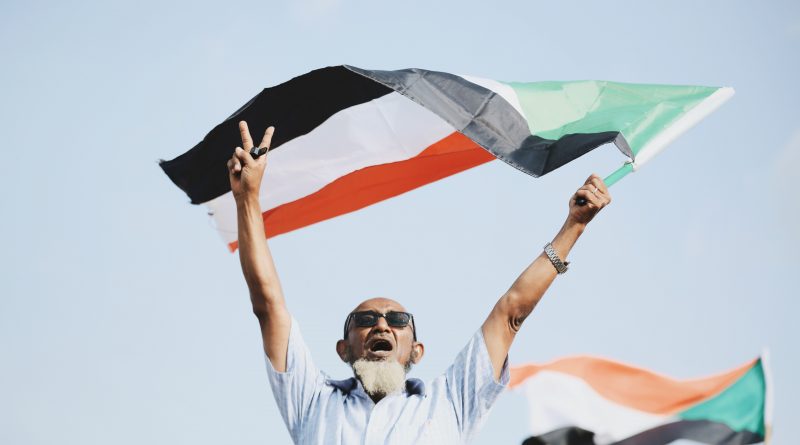 Following the trend of Arab League countries normalizing relations with Israel, Sudan has joined Bahrain and the United Arab Emirates in the U.S. led effort to orchestrate peaceful relations between countries in North Africa and the Middle East. The movement towards normalization runs counter to previous Arab League commitments, which prohibited commerce between the Arab states and Israel.

The Arab League’s boycott involved a complete cessation of direct trade between League members and Israel, as well as a ban on commerce with companies that significantly contributed to Israel’s economic strength and military power. Additionally, the “Three Nos” commitment of the Arab League—established in 1967 in Khartoum, Sudan—committed states to deny the recognition of, peace with, or negotiations involving Israel. These commitments further solidified the perception of Israel in the eyes of the Sudanese people. However, Sudan’s worsening economic conditions, which include surging inflation rates and price increases on essential goods, have left millions of people in a state of food insecurity amidst a global pandemic. Sudan is weathering a crippling economy worsened by recent flooding, ongoing conflicts, and the lack of a secure governmental structure, yet Sudan’s options in handling the situation remain limited. Nonetheless, concerns are growing over the ability of Sudan’s transitional council to sanction foreign policy agreements amidst this turmoil.

Following the removal of Omar al-Bashir, the people of Sudan established a transitional council which consisted of civilians and military personnel responsible for overseeing the country until formal elections were held. The indictment of al-Bashir by the International Criminal Court, coupled with the inclusion of Sudan on the U.S. State Sponsors of Terrorism list, led to its alienation from the global economy and, subsequently, its deterioration. Sudan previously sought removal from the list by partnering with the CIA shortly after 9/11 and cutting ties with Iran. However, Congress was reluctant to remove them given the country’s previous history of human rights violations. Furthermore, a roughly $70 billion debt, a depreciating currency, and continuous contractions of its overall economy characterize Sudan’s current economic conditions.

Without a massive economic stimulus, Sudan’s current situation will not improve. The Trump administration offered Sudan a solution to escape its dire situation by proposing a $335 million payment to American victims of terrorism in exchange for Sudan’s removal from the State Sponsors of Terrorism list. However, following Secretary of State Mike Pompeo’s visit to Khartoum in August, an additional requirement was posed, one that demanded Sudan normalize relations with Israel if it sought the aid needed to stabilize its economy. Trade and migration negotiations between Israel and Sudan will likely occur in the coming weeks—a proposition once unthinkable given Sudan’s commitments to the Arab League. If Sudan refuses the agreement and remains hostile to Israel, the country will not see any economic relief or much-needed foreign investment.

Representation Amidst the Delicate Transition

Despite the obvious economic benefits, it would be unwise for Sudan to move forward with a peace agreement without national support. Several Sudanese political parties have rejected the transitional council’s decision to normalize relations with Israel, instead promising to resist the agreement. Sudan’s Popular Congress Party issued a statement claiming that the Sudanese people were not required to accept the deal. They urged the Sudanese people to uphold their historical position and resist normalization in order to preserve their relationship with the Palestinians. Former prime minister Sadiq al-Mahdi, head of the National Ummah Party, argued that the agreement contrasted Sudanese law and could delegitimize the authority of the transitional council. Other prominent members of the Forces of Freedom and Change (FFC), the coalition force which called for the removal of al-Bashir in 2019, argued that the transitional council was not officially elected and therefore was not authorized to agree to such demands.

The formation of a legislative council in Sudan which would approve such a deal has yet to occur, and there is growing skepticism over whether it will be formed at all. Officials within the transitional council have expressed concern about the lack of support for the agreement among political parties. The chairman of the transitional council, Abdel Fattah al-Burhan, as well as current prime minister Abdalla Hamdok, warned Secretary Pompeo that the council could not push normalization efforts forward without a broader consensus among Sudan’s political groups.

The transitional council’s decision to adopt a peace agreement was born out of demands to stimulate economic growth. The inability of the average citizen to purchase bread, medicine, and other basic commodities forced many to take to the streets and demand reform. This economic reform is achievable through the peace agreement with Israel. However, such an agreement should not be leveraged by exploiting Sudan’s economic instabilities and it certainly should not be fulfilled against the will of the Sudanese people. As was the case with al-Bashir, another entity has assumed power in Sudan undemocratically and is making decisions that will continue to leave the Sudanese people with little faith in their government.

Although support behind Sudan’s push to normalize relations is fractured, maintaining transparency should be central to the government’s efforts as Sudan moves toward democratization. A decision should be achieved through a broad coalition and consensus among political parties that is representative of the population. The Sudanese people did not take to the streets, depose their former dictator, and suffer the loss of countless lives just to be subject to backdoor deals once more.