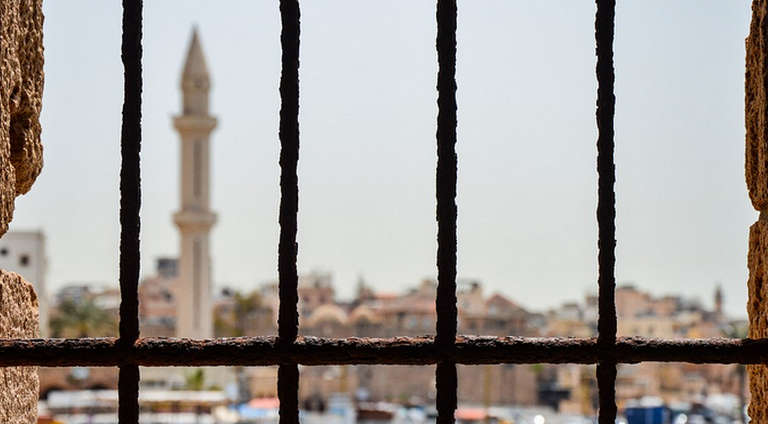 From the Ottoman Millet to post-war Syrian occupation, foreign actors have shaped domestic dynamics within Lebanese society. While understanding the impact of these colonial and external actors is important, it does not fully explain the realities of Lebanon’s internal divisions today.

Instead, external influence represents but a single element in Lebanon’s mosaic of complications. While external influences have been impactful, a myriad of other factors—like weak governance and sectarian communal control—have shaped Lebanon. Understanding Lebanon’s contemporary challenges and the work needed to manage them requires a background in the history of the state, the structures that brought about peace, and the realities on the ground today.

The Ottoman Millet to the Taif Accords

Following the collapse of the Ottoman Empire after World War I, the French Mandate in Syria and Lebanon was created, and the seeds of future conflicts were planted. France paid little attention to the implications of the borders it drew, which set the stage for the ongoing conflicts in the Shebaa Farms. Moreover, the French government also endorsed the National Pact, which granted Maronite Christians greater power despite a state of parity between the Muslim population. It was at this point that Lebanon first embraced the consociational power-sharing system which it maintains—with modest changes—to this day.

For decades, Lebanon’s consociation system held together, representing the region’s first relatively successful democracy; however, this peace would not hold. By the 1970s, a political conflict between right-wing and left-wing parties escalated into a protracted civil war. Interestingly, this conflict was not initially sectarian in nature, but after the conflict escalated into open war, these divisions became increasingly salient. It is important to recognize that while Lebanon’s sectarian present is an obstacle, it is not a quality indivisible from Lebanese society.

After decades of violence, in 1989 the Taif Accords were signed in Saudi Arabia.  This agreement had several immediate implications. First, Syria was entrusted to foster Lebanese reconstruction and independence, a task it cynically undertook for its own benefit. Second, the parity of Muslim and Christian parties was finally recognized, granting proportional representation. Third, Hezbollah would be permitted to maintain its militia to continue its fight against Israel. Lastly, sectarian leaders were afforded greater power in Lebanon, a policy approach which has undermined national unity. While it is true that Taif brought about the end of open hostilities, it only succeeded in producing a shallow peace. Taif’s inability to emphasize reconciliation and its institutionalization of conflictual sectarian politics has affectively stunted any potential for peacebuilding in Lebanon.

Post-civil war Lebanon’s social fabric has been left in tatters; where once there was a civil society notable within the Middle East for its crosscutting, structural changes left behind from the war have prevented the development of a deeper peace.

The Taif Accords’ emphasis on granting sectarian leaders power over territories proved enormously consequential. While securing sectarian groups was a necessary step in the peace process, the Taif Accords produced a system where sectarian clientelism runs rampant. These structures afforded sectarian elites power over small sub-state governments, which obstructed the state’s already insufficient attempts to reconcile Lebanon’s population. Moreover, these sectarian leaders have leveraged their positions to control even the most basic resources and services—like water and waste disposal—in efforts to further engrain the fealty of their clients. Rather than securing these communities, these structures encouraged leaders to maintain the heightened tensions of the civil war out of self-interest.

While the incentives of sectarian communal rule in Lebanon have contributed to the state’s perpetual deadlock, the government’s response has also been deeply flawed. Far from acknowledging the realities of the civil war, one of the government’s first actions was to pass an Amnesty Law. Instead of working to demystify the conflict’s contentious narratives or work towards justice for the war’s victims, the state opted to ignore the scars left behind from the war, allowing resentment to fester.

The Syrian strategy in Lebanon involved balancing the Sunni leadership’s promotion of economic reconstruction with Hezbollah’s resistance effort against Israel. After years of misrule, Syria was ejected from Lebanon in 2006. In its wake Syria left behind further divisions, namely those between the March 8 coalition, consisting of Hezbollah and pro-Syrian parties, and the March 14 coalition, which were anti-Syrian Sunni and Christian groups supported by Saudi Arabia.

The Future of Lebanon: An Outline for Peacebuilding

While the status quo in Lebanon has secured a shallow peace, the state’s various cleavages and consistent misrule raises questions about the longevity of its uneasy stability and raises practical questions about the appropriate means to address these challenges.

While the current structures are barely working, they are working well enough to prevent open conflict in Lebanon. The ongoing UN mission in Lebanon (UNIFIL) is of note, as it has had considerable success as a peacekeeping force. Specifically, UNIFIL has successfully managed hostilities between Israel and Hezbollah, has ensured the safe return of displaced peoples, and has supported the humanitarian effort in Lebanon. However, UNIFIL’s mandate and funding has prevented it from becoming involved in the deeper peacebuilding Lebanon desperately needs.

Given the tendency for massive reforms to only materialize after the de-escalation of conflict, the most prudent step forward would be to work within the current structures to facilitate the reconciliation of the various political and sectarian groups in Lebanon and to codify these social changes with palpable, if small, structural changes. This would require a careful balance of group mitigation efforts alongside concrete plans to disentangle sectarian structures from public programs.

To bring this plan to fruition, UNIFIL’s mandate must first be expanded under Chapter 7 of the UN Charter. This poses challenges as it requires both support from the Security Council (UNSC) and consent from the Lebanese government. If the issue remains intractable domestically or in the UNSC, this approach could be undertaken through local NGOs. The most important element of this strategy is that it is paired with an effort to improve the daily life of all groups. Even simply addressing the sectarian structures rooted in waste management could establish the basis of greater peacebuilding, albeit incrementally.