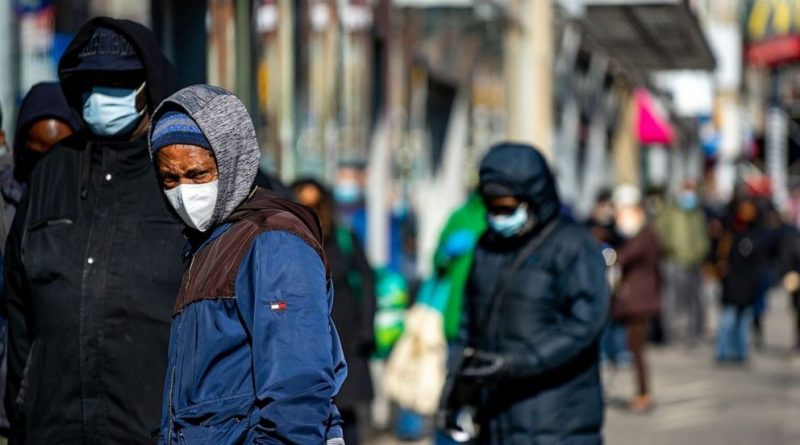 The coronavirus outbreak in the United States has taught us one major thing: healthcare is a luxury, not a right. In the rapidly changing situation around the world, with COVID-19 cases popping up every day, hospitals have found themselves under-supported, elected officials are ignoring nationwide calls for lockdowns, and specifically, Black communities are bearing the brunt of the pandemic.

Many thought the virus to be a “great equalizer,” affecting everyone equally at all levels, but that is far from the truth. Data continues to show that Black people around the country are contracting the virus and dying at much higher rates than any other group. According to the CDC, although Black people make up 13% of the American population, they make up 30% of all hospitalized coronavirus patients.

Black people are twice as likely as White people to die from COVID-19 and make up the majority of deaths in New York City. In other large cities, like Milwaukee and Chicago, over 60% of all coronavirus deaths have been Black. In Louisiana, out of the 1,473 deaths reported, over half of them were Black. Although the information on the virus’s spread has been changing with more states publishing their own data, what remains constant in the data is that Black people make up the largest racial group with the most number of deaths.

So why has the “great equalizer” not been equal in who it impacts most? Public health experts note that Black Americans have long suffered from diseases like diabetes, obesity, and asthma, are less likely to be insured and lack access to quality healthcare providers. In a recent Pew Research Center survey, the majority of Black and Hispanic respondents saw the coronavirus as a major health concern versus 56% of white people who saw it as minor.

Historically, Black people have not had favorable experiences with healthcare in the United States. In 1932, U.S. Public Health Service conducted a study on syphilis in Tuskegee, Alabama that involved 600 Black men who were poor, illiterate, and did not explicitly consent to be treated for it. They were under the impression they were being treated for ‘bad blood,’ a term that was used to describe a variety of ailments like anemia and fatigue.

Even once a cure for syphilis was found in the 40s, the men who were a part of the study did not receive the cure and the study continued until 1972, leaving many blind, insane, or dead. Since then, many in Black communities have been distrustful of the American healthcare system and vaccines. A 2019 study found that Black Americans were 40% less likely to receive a flu shot. US surveys from before the outbreak also show that medical staff are likely to believe that Black patients experience less pain than White patients and are less communicative with them.

Beyond these pre-existing conditions, Black people have long faced other inequalities. In 2018, the median income for Black households was $31,082 and Black households were twice as likely to suffer from food insecurity than the national average. Black people are also more likely to live in areas rife with pollution or water contamination due as a result of decades of redlining, which then leads to chronic illness.

In a letter to the U.S. Department of Health and Human Services, US senators and members of Congress call on to collect more data on how the coronavirus has impacted people of color specifically. They note that the inequities continue with national efforts to limit non-essential travel and social gathering since people of color are more likely to live in communities where poverty is prevalent, and they work at jobs where this isn’t an option.

Lack of information and an abundance of false claims also led to many Black communities to believe that they were immune to the virus. But, Cindy Bass, a city council member in Philadelphia noted “Now we’re playing catch-up with the messaging and spreading the word that it can affect any one of us.” In terms of safety, Black men have even reported that they do not even feel comfortable wearing masks in public, in fear that they will be racially profiled by police.

To make matters worse, President Donald Trump told the governors that they could begin reopening businesses as soon as May 1st at their own discretion which has resulted in some starting weeks before that date. While many are eager to return to their daily routines, CNN political commentator Van Jones argues that “It’s a death sentence for communities of color that are on the frontlines of this thing already and have the least ability to deal with it.”

Dr. Anthony Fauci admitted at a recent White House briefing, “When all of this is over — and as we said, it will end, we will get over coronavirus — but there will still be health disparities which we really need to address in the African American community.”

This is no longer just an issue about health inequities during a global pandemic. This is a human rights issue that was decades in the making. Poor communities of color have long suffered from a lack of attention paid to them in all aspects of life. It would be careless and unethical for things to go back to normal because what was normal for some was a matter of life and death for many.

The ‘new normal’ must take a microscopic look at how strong our domestic and global institutions are towards helping the poorest, sickest, and most vulnerable individuals. It should not take another pandemic for world leaders and policymakers to finally address longstanding disparities among their populations.