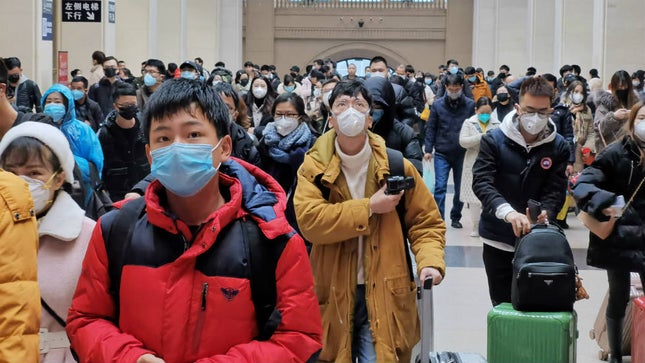 In the last month and a half, a new virus has emerged from China’s Wuhan province that has infected thousands of people worldwide, with the number of cases increasing exponentially every day. Though a massive proportion of the infections are in mainland China, the disease has spread to twenty-seven other countries, including the United States. As of February 16, 2020, the World Health Organization (WHO) has released numerous steps that can be taken to combat infection while world’s laboratories scramble to create detection kits. However, some say that this is not enough; military commanders and politicians have argued that this coronavirus, recently named “Covid-19,” should become a matter of national security. While making this infectious disease a national security issue may seem favorable, the negative consequences of this action would far outweigh the possible benefits.

What Exactly is Covid-19?

Covid-19, formerly known as 2019-nCoV, is a type of coronavirus, which attacks the respiratory system of those infected. Coronaviruses typically come from animals, and there are rare cases of animal-to-human transmission, with even fewer instances of human-to-human transmission. This disease is from the same family as Severe Acute Respiratory Syndrome (SARS) and Middle Eastern Respiratory Syndrome (MERS), both of which have killed large numbers of people. To date, Covid-19 has exceeded the death toll of SARS, prompting health officials to worry more about this new public health emergency.

Creating a Securitizing Move with Covid-19

Before understanding how securitizing Covid-19 would have negative consequences, one must understand what securitization is. Simply put, securitization is the political process through which an issue is presented as an existential threat that requires more emergency measures than normal, which may include military intervention. To successfully securitize an issue, three key steps must occur:

At this time, the first two measures have occurred in numerous states. The third has begun to happen, but not to its full potential. It is important to note that for securitization to be successful, the intended audience of the securitizing actor must be convinced that this is the best way to combat this new issue.

Securitization of Covid-19 may already be happening. As previously stated, states have called for extra measures to prevent the spread of infection; most notably, the US has instituted quarantines for those returning from China. Furthermore, though it has not come to outright military intervention in helping fight the disease, Chinese authorities have begun utilizing military technology to try and curb the spread of the virus in both mainland China and Hong Kong.

The Consequences of Securitizing Covid-19

Making an infectious disease like Covid-19 a security issue highlights any given state’s incapacity to have effective public health systems. By drawing more attention to the disease, citizens of the state may lose faith in their government’s ability to keep them safe. To draw on a real example, during the SARS outbreak of 2003, China’s government vastly underreported the number of cases within the country to have the disease appear less serious than it was. This led to both Chinese citizens and other countries in the world to doubt China’s capacity to curb the spread of the disease. China did not learn its lesson from this instance.

At the beginning of the outbreak of Covid-19, Chinese authorities effectively censored the doctor who tried to alert the public to the potential nature of the virus in an attempt to downplay the seriousness of the outbreak. Furthermore, the Chinese government faced a shortage of test-kits for the disease, which some speculate led to underreporting. Finally, despite building a brand-new hospital in Wuhan, Chinese hospitals have turned away Covid-19 patients, citing that they have no beds for new patients.

Because militaries traditionally play an important role in containing epidemics, it is surprising that China has yet to deploy its army on a large scale to help fight the outbreak. This lack of action furthers the notion of the state’s incapacity to fight the disease. Since there are no beds in hospitals, the state could use the army to create field hospitals to alleviate the situation.

Conversely, China not deploying its entire army may be more of a positive move. In instances where militaries are deployed to help fight a public health crisis, tensions tend to arise between civilians and military personnel. For example, during the 2014 Ebola outbreak in West Africa, civilians reported that soldiers were carrying firearms and wearing fatigues to “fight the disease,” rather than donning protective equipment. Improper field training among military personnel can lead to soldiers fighting those who are infected, rather than the disease itself. Furthermore, incidents of military-enforced quarantines led to violence between the military and civilians, which in turn led to citizens losing the sense of security that the military should bring about and replacing it with a deeper sense of panic. Though the Ebola and Covid-19 cases are distinctly different, the events in West Africa can serve as an example of the negative consequences of deploying the Chinese military to fight Covid-19.

Securitizing Covid-19 is not the answer to solving this public health crisis because it does not address the underlying issues of public health in China. Rather, states should work cooperatively to tackle this disease and minimize future infections. By following recommendations from the WHO, such as hygiene guidelines and travel tips, civilians and state governments can effectively help prevent transmission of the disease. Once this step is completed, albeit ideal, then health officials can focus on creating medication to fight off this virus.

One thought on “The Possibility of Pandemic as a Security Issue: The Coronavirus Case”