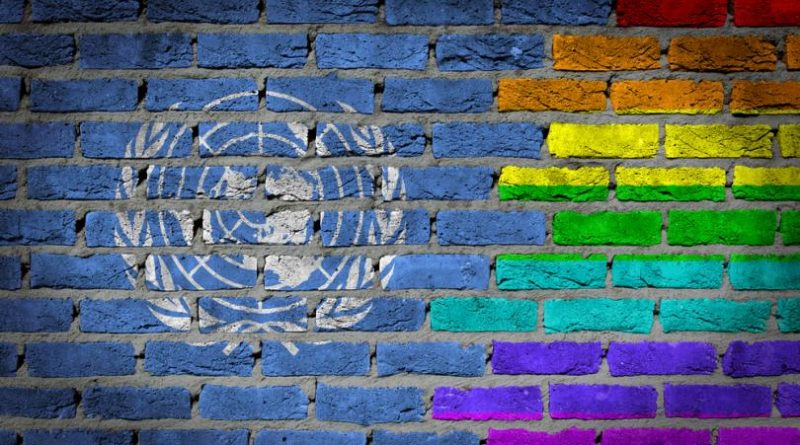 In December 2016, Earle Courtenay Rattray, the Jamaican Ambassador to the UN, mentioned that he would receive calls and text messages from Samantha Power sometimes at 4:00 AM to vote positively on the mandate of the Independent Expert (IE) on Sexual Orientation and Gender Identity (SOGI). During her time at the UN, Power lobbied many ambassadors to protect the mandate of the IE on SOGI. South African ambassador to the UN, Jerry Matthews Matjila, voted to protect the IE position despite contrary orders from home. The former UN Secretary General, Ban Ki Moon, pushed for reforms (equal benefits for same-sex spouses of all U.N. employees) despite opposition from hostile states. These are just a few examples of how allies fought for LGBTQI rights at the UN. With the U.S. receding into isolationism and President Trump’s policies against transgender people, it is even more important for the UN and allies of the LGBTQI community to speak up and advocate for the rights of LGBTQI people around the world.

The United States’ withdrawal from the Human Rights Council in June of 2018 was alarming news for LGBTQI activists around the world. A country they had known through the Obama administration to speak up for their rights would no longer be part of one of the world’s most important Human Rights institutions. When President Obama spoke up for LGBT rights in Kenya, despite being asked by Kenyan government officials not to do so, it sent a message across the world to LGBTQI people around the world: the U.S. recognized and supported them. In 2011, President Obama had “directed the State Department and other agencies to fight the criminalization of LGBT status or conduct abroad,” protect vulnerable LGBT refugees and asylum seekers, and ensure “swift and meaningful” U.S. responses to “serious incidents” that threaten the human rights of lesbian, gay, bisexual and transgender people abroad.”

According to Human Rights Watch, the U.S. moved backward in human rights at home and abroad across a range of issues in 2017. In 2017 alone, anti-LGBTQ homicides doubled in the U.S. and the Human Rights Campaign has recorded 2018 as the deadliest year for the murder of transgender people in the U.S. since the organization began keeping death totals in 2013. With the Trump administration’s ban on transgender people serving in the military and most recently narrowly defining gender to exclude transgender people from federal recognition, the rights of LGBTQI people in the U.S. are under threat. While there are many activist groups, organizations, and political actors working on LGBTQI issues within the U.S., the country is not being led by policies of inclusion at home nor abroad. It is more important than ever for the UN to intensify its role in protecting LGBTQI people against violence worldwide. This is especially important for the 70+ countries which criminalize consensual same-sex relationships.

In his most recent statement (September 25 at the Violence against LGBTQI Individuals: Extrajudicial Summary or Arbitrary Execution), UN Secretary General, António Gueterres, said, “The United Nations stands up for members of the LGBTQI community.” International LGBTQI activists in the room later said that they were inspired and moved by Gueterres’ remarks. At the same event, Michelle Bachelet, the U.N. High Commissioner for Human Rights proclaimed her support for LGBTQI lives and condemned violence against any member of the LGBTQI community.

In June 2016, after the shooting at Pulse, a gay night club in Orlando, Florida, the UN Security Council made a historic statement denouncing the attack “targeting persons because of their sexual orientation” in a U.S.-drafted statement. This overcame standard resistance at the UN to such language by many African, Muslim-majority states, and Russia. The UN should not wait for another mass killing of LGBTQI people to advocate for important changes to protect this globally marginalized community. To best ensure the safety and security of the LGBTQI population, the UN must take the following actions:

Firstly, the UN needs to substantially increase dialogue with global LGBTQI activists. Secondly it must allow increasing numbers of experienced activists in attending Universal Periodic Reviews (UPRs) to make recommendations to governments. Thirdly, the UN must continue to empower the mandate of the IE on SOGI and publicly condemn acts of violence against LGBTQI people around the world. Lastly, it must pressure governments to take action combatting acts of violence committed against LGBTQI people.

Ambassador Jerry Matthews Matjila was called back to South Africa and asked to explain why he did not follow instructions on how to vote. He explained that during the fights against apartheid, LGBT people came out in droves to support the movement and he could not let them down when they needed the most support. The South African government did not fire the ambassador, instead sent him back to the UN to continue his post. The Jamaican ambassador mentioned that Samantha Power, along with another ambassador, were the only two people calling him and telling him about voting. The UN LGBT Core group needs to double up its efforts to reach out to more member states to advocate for LGBTQI rights. In his last few months in office, Ban Ki-moon said, “There is a political cost to speaking up – one which I am proud to pay. I will always fight for the equality of the LGBT members of our human family.” This is the philosophy the UN needs to adopt and implement towards the rights of LGBTQI people around the world.