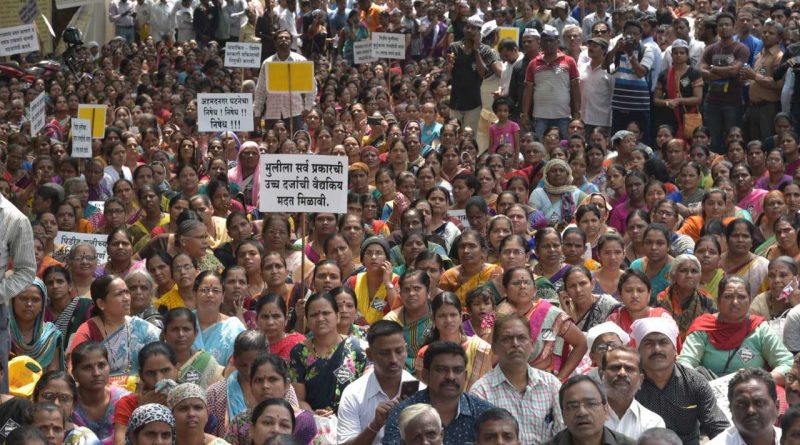 Pushpalatha, a 24-year-old Chennai resident, on October 1 joined numerous other Indian women who make the largest global demographic committing suicide. Her decision came on the heels of the Indian Supreme Court’s ruling that decriminalized adultery on September 27 this year. Pushplatha’s marriage was on her own accord, or what is known as a love marriage in India as opposed to an arranged one, to 27-year-old Franklin. While she contracted tuberculosis and was undergoing treatment, Franklin began an extra-marital affair and when confronted, told Pushplatha that he was free to act at will and that she could no longer file a case against him as adultery was not a criminal offence anymore. Dejected, Pushpalatha took the extreme step, which can and is being held against Franklin for adultery leading to abetment of suicide.

A Lancet study published in early September reported around 230,000 suicides in India in 2016, calling this a public health crisis since 36.6% of global female suicides happen in the country. The medley of reasons behind Indian women and girls taking this drastic measure is dotted throughout the course of their life. For a large portion of Indian women, marriages are arranged by family and happen early in their lives which falls in line with the country’s deeply patriarchal society. With expectations of rearing children and running a household, education takes an obvious backseat. Limited resources and expensive private education owing to lack of government benefits  also leaves parents with the hard choice of deciding which child’s education to fund. The male child traditionally is the one who supports the parents as they grow old, while the girl child is married off. Many parents also forgo their daughter’s education, especially higher studies, to compensate for the dowry that is paid at the time of marriage in spite of dowry payments being declared illegal.

According to the 2011 census, 84 million children and teenagers are out of school with the enrollment gap between girls and boys consistently increasing with age. The National Family Health Survey Report 2015-16, says 68.4 percent of women are literate as compared to 85.7 percent of men and only 35.7 percent of women have 10 or more years of schooling. Though many girls do receive primary education, they drop out at secondary and higher levels to enter matrimony sans the educational, psychological and even physical preparedness required. Unable to fend for themselves, these women, dependent entirely on their husbands for sustenance, continue living in abusive marriages rife with domestic violence. The report puts the spousal violence for this period at 31.1 percent but is still a severely under-reported crime.  Suffering in silence while living in a bleak situation leads to depression, a concern that is hardly addressed in India for men or women, which when left to manifest is the predecessor of suicides in extreme cases. It hardly comes as a surprise then that around 20,000 Indian housewives, mostly in the 15-39 age group, have consistently been committing suicide since 1997 according to reports tabled by the National Crime Records Bureau (NCRB). The bureau’s 2016 report stated that “cruelty by husband or his relatives” was the most reported crime by women with a 33 percent share of total violations stated.

Within a marriage, an Indian woman has other woes to cope with too since marital rape is not considered a criminal offence in the country. The National Family Health Survey also noted that more than 80 percent of married women who had experienced sexual violence had faced it at the hands of their spouse. Domestic violence and forced sex within a highly dependent marriage together lead to what can best be described as abusive relationships that women cannot break out of.

While most girls drop out of school owing to familial pressure, others are forced to withdraw because of safety concerns. Earlier this month, 36 girls from Saharsa, Bihar, dropped out of school owing to rampant eve-teasing, a euphemism for the act of annoying a woman or women in a public place. This comes on the heels of another incident from the same state where a group of girls being harassed by boys and on confronting them were beaten up by the boys and their families. Tortured by continual harassment and afraid of being subjected to sexual violence, many teenage girls across India simply stop going to school altogether. The Thomson Reuters Foundation survey of 550 experts released in June this year, placed India as the most dangerous country in the world for women due to rampant sexual violence, human trafficking for domestic work, forced labor, forced marriage and sexual slavery, among other reasons.

UNICEF’s Hidden in Plain Sight, released in 2014, which studied the demographic and health surveys conducted in India between 2005-2013 said 42% India girls face sexual violence before entering their teenage years. News reports from across the country are rife with accounts of girls committing suicide right after being sexually harassed/violated or while fighting a long-drawn legal battle with her rapist which seems to be going nowhere. Sexual violence or harassment is viewed as a “loss of honor” in India’s patriarchal society which values women’s “innocence” and “purity” and hands the victim instead of the perpetrator, the blame, shame, and stigma associated with a violation of this sort. The rate of conviction of cases concerning sexual crimes in India is so bleak that most women chose not to file a complaint owing to the shame associated and subsequent harassment during the trial period, the end of which might be years from when a complaint is initially filed. The National Crime Records Bureau (NCRB) 2016 report states that 39 crimes against women were reported every hour in India wherein rape, a highly under-reported crime, accounted for 11 percent of the total share. This was also the year since 2007 with the lowest conviction rate of 18.9% of complaints where court trials witnessed completion.

While all these factors can push women towards a mental health breakdown, there is hardly much help available within the country. According to the latest World Health Organization estimates, India leads the race as the most depressed nation in the world. Its bleak mental health workforce includes, per 100,000 population, psychiatrists (0.3), nurses (0.12), psychologists (0.07) and social workers (0.07).  In such an environment it is not hard to imagine the trauma and despair that both men and women face on a daily basis and are pushed by to take extreme steps.

Pallavi Shahi is a first-year graduate student at Seton Hall’s School of Diplomacy and International Relations where she specializes in Human Rights and Global Negotiation and Conflict Management. A Graduate Fellow at the Center for Peace and Conflict Studies, Pallavi is also a Social Media Associate at the Journal of Diplomacy and the Director of Communication at the Graduate Diplomacy Council.

4 thoughts on “What is Killing Indian Women?”