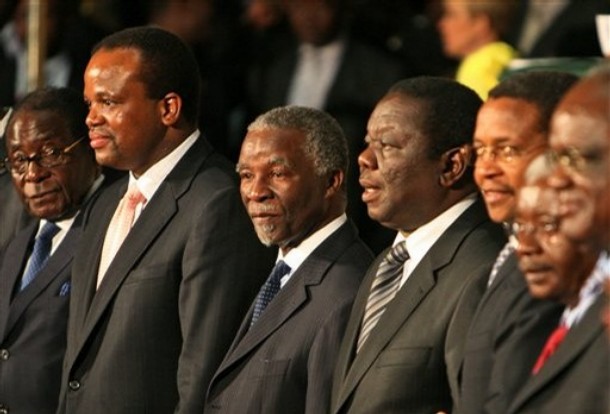 Africa’s oldest state, Ghana, at only 61 years old fought hard for its independence and laid the path for others to follow. Since the 1960s, we have seen the birth of 53 African states who have each demanded their right to be sovereign and free from the governance of colonial powers. In the same token since decolonization, the world bore witness to some of the most vicious and corrupt individuals who emerged as leaders of these countries.

After gaining power, most of the time through a coup d’état or other obscure but clever means,  these leaders become fond of applying the old playbook of holding the constitution hostage and changing it to their  benefit. This allows them to hold onto to power for as long as they should desire. When the international community applies pressure against their regimes however, they are more than willing to hold elections, which are generally free but less than fair. Their victory which falsely implies that this is the will of the people, might as well spit in the face of democracy. It prompts one to ask: What motivates African leaders to hold onto power at the detriment of the people while refusing to explore a life post-presidency?

In July 2018, Paul Biya of Cameroon announced his seventh bid for the Presidency. After ruling the western African state for more than 35 years, the octogenarian is still confident he is the best choice for his country. Meanwhile, Cameroon, which is endowed with ample natural resources, earned the 150th spot out of 187 on the 2011 Human Development Index. More than 45% of its population is estimated to be living below the poverty line. A country with such exuberant growth potential has been weakened by poor governance, greed, and the lack of accountability from its leadership.

Many African leaders are notorious for ignoring the rule of law in their country, leaving the local populace to bear the brunt of their irresponsibility. The nineties provided a clear picture of this argument, with the countless intra-state conflicts which claimed millions of innocent lives on the continent. Mobutu Sese Seko of the Democratic Republic the Congo (DRC), famously died a rich man while exiled from the country he once ruled with an iron fist. Much of his wealth was kept in offshore accounts, while Congolese youth struggled to find jobs even with a respectable education level.

The kleptocracy most of these leaders subscribed to have left disastrous effects on the continent, which we are still seeing today. One of these residual effects is mass migration into developed countries, which in turn have second- and third-order effects such as human trafficking or illicit substance smuggling. Another residual effect is proxy conflicts which involve non-states actors that are making the continent a hotbed for insurgency and recruitment into terrorist organizations. If the international community is looking for a way to mitigate these issues, they must hold African leaders accountable, usher out old and ineffective rulers, while supporting and rallying behind the youth in these countries.

Surely there is a life after the presidency. Many former leaders were more effective at having an impact when they were no longer President. Former United States President, Jimmy Carter, formed the Carter Center whose purpose is to achieve peace through the advancement and advocacy of human rights. In 1994, he famously sprang into action by negotiating a framework of understanding between the United States and Kim Il-sung of North Korea. His work has been credited for circumventing a potentially dangerous and costly armed conflict between both states.

The honorary mention of post-presidency work would go the ever-famous Nelson Mandela. With every reason to continue ruling by leveraging his popularity, Mandela instead chose to respect the South African Constitution, retire from politics and commit his assets towards something bigger than himself: peace and reconciliation throughout the world. He founded the Nelson Mandela Foundation, formed his council of the Elders, all of while transforming himself into a valiant spokesman against the rulership of Robert Mugabe in Zimbabwe and other similar leaders throughout the world. Today, the former late president is still celebrated as the paragon for amity and conflicts resolution.

My argument simply rests on the fact that there is a plethora of work to be done, that does not necessarily require the official title of “President.” African heads of state must learn to put aside personal egos and selfish ambitions to emerge as advocates for the upbringing of next generation of leaders in the continent. This means proper investment in African education and mentorship, which are essential and critical tools for success in the 21st century. Additionally, African leaders must recognize that the influence and power they held during the Presidency does not disappear once they leave office. As President Carter illustrates through his life work, there is a life after the presidency. These steps would serve as the first of many towards securing peace on a continent that yearns for so much healing. It is for these reasons that Ghana has the highest success rate on the continent in transitions of power.

Erick Agbleke is a second-year graduate student at Seton Hall’s School of Diplomacy and International Relations where he specializes in International Security and Global Negotiation and Conflict Management. Erick serves as an Associate Editor at the Journal of Diplomacy and is also a researcher for the Abd El-Kader Fellowship. He is a U.S. Army veteran who has a passion for highlighting the struggles of people affected by corrupt leadership.