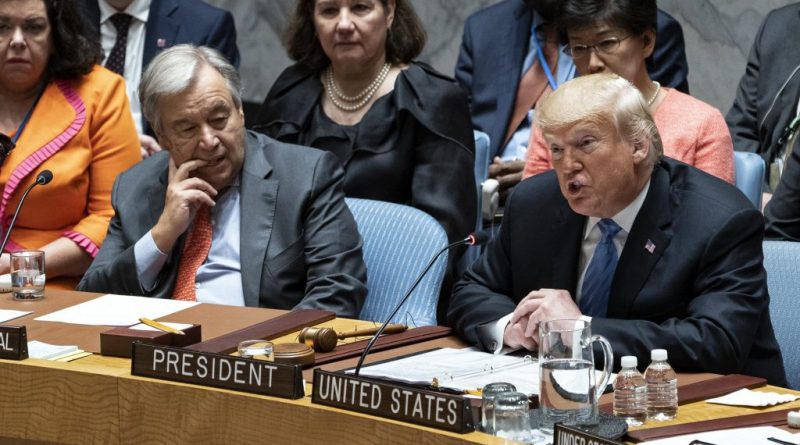 Claims that the United Nations is failing are short-sighted and misunderstand both its purpose and its methods to achieve its ambitions. By conflating goals with purpose and ill-considered action with method, critics perpetuate an oversimplified and materialistic approach to what must be a nuanced and dynamic transformation of international political norms.

The UN Charter states that its purpose is fourfold: to maintain international peace and security, to develop friendly relations among nations, to achieve international cooperation with a respect for human rights, and to be “a center for harmonizing the actions of nations in attainment of these common ends.” It is a place where states can engage in dialogue, cooperate, and resolve global problems—specifically human rights and security. To achieve these ends, the UN was created to focalize and direct member states’ power towards peace and human rights. It was not created to supersede state power. Thus, any responsibility for inaction on global problems lies at least as much with member states as with the UN itself. The UN’s role is in facilitation of intergovernmental cooperation and implementation of member states’ decisions. This however, does not denude the organization of its agency to effectively fulfill its charter. The UN, through its ideological commitment to world order and human rights, indoctrinates its member states into an ideology of international cooperation and respect for individual liberties. Over time, this alters the way states relate to each other.

By participation in the organization, states become creators of this ideology. They take an active part in the creation of the rules, norms, and ethical understandings that clarify and condition the perspective through which international behavior is seen. Though states remain free to act however they choose, the way those actions are perceived, understood, and are responded to become restraints on bad behavior. This does more to promote moral and ethical state conduct than trying to forcefully constrain “bad” actors.

Though a lacking a means of enforcement, human rights violations and war continue throughout the world, the UN’s strengthening ideological power will fulfill its purpose in the long term. Even if states’ interests remain confined to their borders, their identification with these ideas and values secure them globally. Across the world, the UN and its affiliated agencies remain largely seen as humanity’s greatest hope in resolving world problems. Its ability to inspire hope is further evidence of its competency, for the UN continues to be successful in shaping and inspiring public opinion. In recent years, the UN has taken advantage of its popular appeal and is mobilizing civil society towards addressing world problems, largely through action on the 17 Sustainable Development Goals. The UN’s ability to promote global order, cooperation, and liberal values at the individual level do ultimately affect governments’ decisions. The Arab Spring is evidence that even authoritarian governments are susceptible to the will of their people.

According to the Charter, the UN’s purpose goes beyond war prevention and human rights. It is also charged with establishing friendly relationships among nations. For this, the creation of a culture of cooperation in which countries are empowered to move beyond the constraints of principled realism and fear-based relationships is necessary. Today, interdependence is the new norm and is rapidly accelerating while isolationism is becoming increasingly unprofitable. The UN’s success is proven by the stability of the system in which nefarious actors continue to operate, and not by its inability to constrain them—a purpose for which it was never intended. To achieve its purpose, the UN must affect an international system based on peace, justice, and human rights, and its success or failure should be based on these values than on its material actions. Only when liberty, freedom, and human rights become universally accepted norms, will permanent peace and security be established.

Popular critiques of the UN fall into two main categories: the abuse of veto power by permanent members of the UN Security Council and an incompetent bureaucracy.  The former is responsible for the inability to act often because a permanent member places its personal interests above the principles of the Charter. The bureaucracy, critics argue, wastes UN resources and is ineffective in peacekeeping, the promotion of democracy, and holding its personnel accountable for incompetent performance.

Efforts to reform the Security Council are at a standstill. Most of the proposals for reform do nothing to fix the veto being used to further political ends, and the voluntary relinquishment of that power by all five permanent members appears impossible. The best chance at a resolution lies in the will of a truly united General Assembly which has yet to materialize.

Bureaucratic corruption and inefficiencies are a serious problem but are hardly insurmountable. Talks that perhaps the UN has become irrelevant simply because of bureaucratic mismanagement or inefficiencies are short-sighted and lack faith that a solution will be found. With the announcement of the Secretary-General’s reform proposal this past May, the UN is currently in the process of restructuring its bureaucracy to be more effective in carrying out its mission.

Today, the rise of nationalism and isolationism pose the greatest threats to the UN’s success. Under President Trump, the U.S. has adopted a foreign policy of principled realism which attempts to place liberalism and multilateralism at odds with security and state sovereignty.  This, however, is merely a case of “fake news.”  Liberal ideals and international cooperation are responsible for the gradual increase of peace and security since World War II. Further, the UN is incapable of violating state sovereignty due to its sanctity and codification in international law and UN operations. This is especially true for the United States and the other permanent members of the Security Council since their positions ensure their ability to veto any resolution which infringes upon its sovereignty.

The withdrawal of U.S. leadership has shaken the foundations upon which the principles of the UN Charter were drawn.  Despite the instability of U.S. influence, its structure, remains intact and this vacancy allows other states to step up and lead.  The diversification of leadership amongst member states will likely offer further security to the UN’s charter as it moves into the 21st century.

In the face of a growing dichotomy between protectionism and individual interests on one hand, and the interests of the whole on the other, the UN offers a rational and simple solution.  Individual problems are becoming increasingly global in their scope, and thus can only be solved through universal consensus. As global interdependence accelerates, an increasing number of cases of multilateral cooperation will come to the fore.

A look at its 73-year history is evidence that the UN is on the right track. The development of mechanisms and institutions of free trade, war crime prosecution, dozens of successful peacekeeping operations, aid to refugees, the World Food Programme, protection of the rights of women and children, environmental protection, promotion of free and fair elections, and near-elimination of numerous diseases show that the UN has been successful in the implementation of policy and an effective facilitator of security and human rights.

These successes, however, are secondary to the UN’s ability to unify a truly global population behind a common purpose. This purpose requires the UN go beyond the material and give societies hope in a more equitable world and faith that international cooperation can accomplish it. This is the true measure of the UN’s success: the power of ideological factors and values which ultimately curtail war and violence and secure human rights.

Michael Galloway is a first year MA candidate at Seton Hall’s School of Diplomacy and International Relations. His specializations are Global Negotiation and Conflict Management and Foreign Policy Analysis.