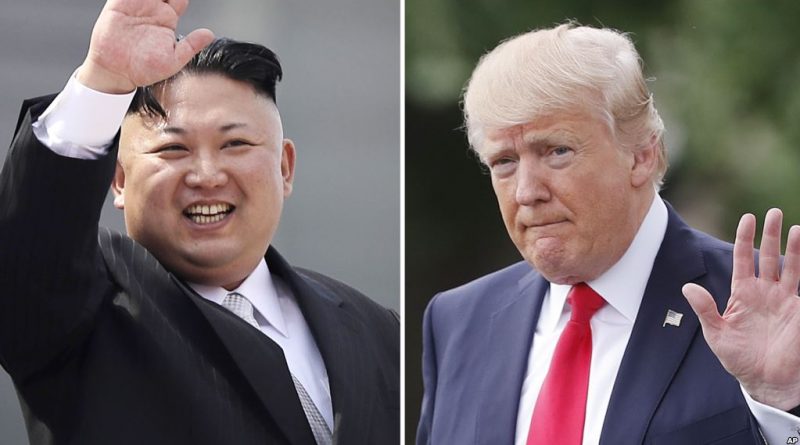 Last month, a proposed summit at the end of May 2018 between the U.S. and North Korea was announced. While the prospect of a summit meeting, rather than nuclear war, should be welcomed, I argue that the U.S. should postpone these diplomatic talks until it has reviewed an often-overlooked part of diplomacy: history. Ultimately, President Trump needs to consider that history offers insights that are crucial to achieving any progress with North Korea.

While President Trump’s proposed summit would mark the first time a sitting U.S. president meets with an active ruler of North Korea, this development is just one in a long history of diplomatic relations, or lack thereof, between the two countries. There have been numerous attempts at peace talks between the two countries, dating back to the Clinton administration with the 1994 “Agreed Framework.” The Agreed Framework was the foundation upon which the U.S. and North Korea engaged in talks moving forward into the 2000s. The backdrop of talks has often been economic sanctions imposed by the U.S. in response to North Korea’s nuclear activity, be it missile sales, missile tests, or nuclear tests. In 2003, six-party talks began, which proceeded in a stop-and-start manner until 2009. North Korea continued to launch satellites and to test mid-range missiles and ballistic missiles, violating numerous Security Council resolutions. Under President Trump, tensions escalated between the U.S. and North Korea in 2017, with some fearing that nuclear war might break out. In March 2018, following a North-South summit after the 2018 Olympic games, the U.S. agreed to hold talks with North Korea in May 2018.

Having reviewed the history of North Korea-U.S. relations, one thing becomes clear: the North has made promises before, only to break them. Many critics of the proposed peace talks cite this as the reason for their opposition, stating that a summit with Kim Jong Un would just play into the North Korean leader’s goals of legitimacy, stability, and economic sanctions relief. These critics point out that “American presidents have been wary of offering the Kim regime the validation of a leaders-level summit on the global stage.” In the current state of affairs, the optimal path towards de-escalation is peace talks, however the U.S. must delay these talks in order to consider what history can teach us about negotiating with North Korea.

Why should Trump postpone, and not cancel, talks with North Korea? First, we must consider the most obvious difference from the past attempts at negotiation: North Korea’s nuclear capabilities have developed substantially. In 2017, Kim Jong Un conducted his first intercontinental ballistic missile test, an ICBM with the ability to reach the U.S. The ICBM test demonstrated that North Korea was a security threat to the U.S. as it “suddenly had the intent and the capability to cause devastating harm to the United States.” This new development only adds more saliency to need for communication with the Kim regime.

Second, talks are much better than the alternative that both Trump and Kim were seemingly prepared to use in 2017: nuclear weapons. As Mintaro Oba, a former State Department official with experience on North Korean issues, said, “I would rather have summits and stability over fire and fury.” North Korea has stated that it will halt nuclear and missile tests, which breaks from Kim Jong Un’s history of relying on nuclear weapons for legitimacy and power. In the wake of the North-South summit this past week, it is crucial for the U.S. to honor its commitment to peace talks and maintain its credibility.

Third, postponing talks allows the U.S. to assess the consequences of the North-South summit and to review what it knows about what the Kim regime wants. The pattern of broken promises indicates that the Trump administration must adjust its expectations about negotiating with North Korea by considering the history of U.S.-DPRK diplomacy. North Korea has a history of engaging with the U.S. only to renege on its promises and of seeking peace while acting to subvert peace deals. The U.S.-North Korea diplomatic relationship has been fraught, characterized by stop-and-start negotiations, broken agreements, rising and falling tensions, economic sanctions, nuclear threats, hostility, and secrecy. After reviewing what North Korean rulers have pursued for decades, nuclear power, it becomes clear that the U.S. must alter its expectations about complete denuclearization. The U.S. needs more time to clarify its own foreign policy goals, taking into account the domestic and international environment, the objectives it wants to pursue concerning North Korea, and the means of statecraft it will use to pursue those objectives.

Finally, postponing talks benefits the U.S. as it is clear that the U.S. needs time to develop its diplomatic capacity. The United States still does not have an ambassador in South Korea, which is crucial to ensuring that we are on the same page as our South Korean ally if trilateral peace talks take place in the future. From the Clinton to the Bush to the Obama administration, the U.S. has always had a special U.S. envoy to North Korea, a point man on U.S. policy towards North Korea. The lack of diplomatic ties to North Korea, following the retirement of Joseph Yun, must be addressed by Trump as history shows that the U.S. special envoy has served an important role in diplomacy between the U.S. and North Korea. In tough, hostile negotiation environments, like the environment that the U.S.-North Korea summit will most likely operate in, back-channel ties offer an alternative route to resolution.

In trying to make history, President Trump is forgetting to review history. Any peace summit between the U.S. and North Korea must draw on the rich, yet complex, history of engagement between the two countries. As Ambassador Richard Holbrooke outlines in To End a War, one of the most important aspects of any negotiation involves preparation. In preparing for high-level summits, Trump and his selected diplomatic team must analyze all parties, learn the history of the peoples and the region, consider the personality types of the key players in the negotiations, evaluate the American national interests, and ultimately use this knowledge as power in the negotiation process. History is often the best teacher and its utility reveals itself during the preparation phase, which has thus far been neglected by the Trump administration.

Katherine Landes is an Associate Editor at the Journal of Diplomacy and a first-year graduate student specializing in Foreign Policy Analysis and Global Negotiation and Conflict Management.

2 thoughts on “Why President Trump Should Postpone Diplomatic Talks with North Korea: History Is the Ultimate Teacher”