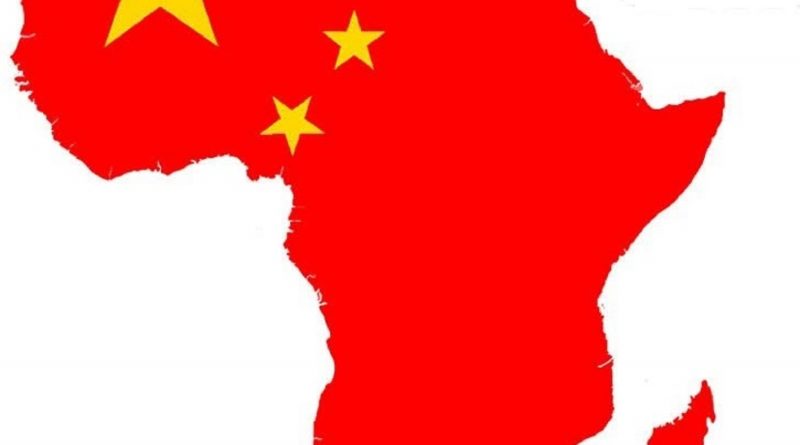 December 2018 will mark the 3rd anniversary of the 6th Ministerial Conference of the Johannesburg Summit of the Forum on China-Africa Cooperation (FOCAC), where China’s Xi Jinping pledged to strengthen an already steady relationship with the African continent. With a promising speech to the African Union leadership and Heads of State, Xi promised to deliver a $60 billion package over the next 3 years that will include aid, interest-free loans, and capital.

To the 53 African countries that were in attendance, this was a welcome gift as Africa was just coming out of the Ebola outbreak which left devastating effects in its path. It seems that China has found a way to expand its sphere of influence in the globalization race of the 21st century; moreover, it is on the way to surpass the United States in terms of relevance and impact within the area. So, how and why does this matter, given the United States’ interest in the African region?

It is no secret that foreign aid can be used as a bargaining chip, where it goes a long way in facilitating international relations. For instance, the Marshall Plan of post-World War II was not initiated just out of the good heart of the US government. It was rather erected as a roadblock to the spread of communism in Western Europe. In the same way, China’s willingness to pour money and resources into the continent of Africa is not motivated by some form of sincerity towards the people, but rather to further its own agenda.

This financial sponsorship has ironically gained popularity with African leaders who welcome with open arms the gifts that Zhongnanhai come bearing to them. This allows China to bring businesses to the continent and build much-needed infrastructures, such as railroad tracks for transportation and commerce while instituting their ‘one belt one road’ initiative. However, this form of investment turns out not to be mutually beneficial to the African people. It buries the continent in insurmountable debt, that the Chinese government maintains as leverage a boon for them in terms of strategy. Case in point, the establishment of the first Chinese Naval base in Djibouti, which enables them to gain quick access into the Indian and Atlantic Ocean.

The West has a history of turning a blind eye towards Africa and its citizens, and they have come to accept such western indifference. Despite many clearly botched and stolen elections, including evidence of human right violations and overt dismissal of the rule of law, western powers have refused to hold many leaders accountable for their actions, no matter how vile they may be. The silence from these countries who are typically quick to speak up and take actions when their interests are being threatened has emboldened some of these African leaders and empowered them to continue governing as they see fit. At the end, the collateral damage becomes the people they have sworn to lead and protect. China striving to be the biggest supporter and financier on the continent should be something that we should be concerned about; given the fact that they themselves are a substantial perpetrator of human rights violation and governmental intimidation. China’s waxing power on the continent may lead to an even greater disregard of human rights violations.

For the United States to regain a strong foothold within Africa and further advance its agenda of peace, power, prosperity, and principle, it must be willing to be the biggest stakeholder in terms of aid and financial support of the continent by investing into its growth and development. However, monetary support is not the only path to winning hearts and minds. Up until the Trump administration was handed control of the government, the U.S. was the best destination for education and business ventures. To some, the American Dream was still alive and attainable if they worked hard and played by the rules. This is no longer the case as the current administration best sees it fit to walk a hard line against immigration.

Programs such as the Temporary Protected Status (TPS) or the Deferred Enforced Departure (DED), which gave a way to multitudes of individuals that fled the atrocities in their civil war-torn countries to find refuge in America are being terminated. Families that have spent most of the past two or three decades building a new life here are being urged by a deadline to return to a country that is no longer theirs.

These more dismissive and closed policies can lead to a drop in foreign influence for a country such as the U.S., whose popularity has been on the decline over the last ten years due to the conflicts in the Middle East and elsewhere in the world. The policies being pushed by the Trump administration could, in turn, make it hard for the U.S. to gain support on the African continent while trying to curb the rise and effectiveness of terrorist groups that are operating in the area and threatening its interest.

The U.S. who has always championed itself as the vanguard for human rights around the world owes it to itself and for the success of its foreign policy to stand up to China’s expansion strategy. It will help tremendously in deterring terrorism and radicalization in Africa. However, the work should not solely rest on the Americans’ shoulders. The leadership in African countries must first recognize the neo-colonial practices that China is indirectly imposing on them and then stand against such unfair practice. To break free from dependency on outside actors and grow, there must be a willingness among the consortium to take responsibility of the development of African continent which should be done in-house.

Erick K. Agbleke is an associate editor at the Journal of Diplomacy and a first-year graduate student. He is pursuing a Master of Arts in Diplomacy and International Relations with specializations in International Security as well as Global Negotiation and Conflict Management. Erick is an Army veteran who has a passion for highlighting the struggles of people affected by corrupt and lawless leaders.