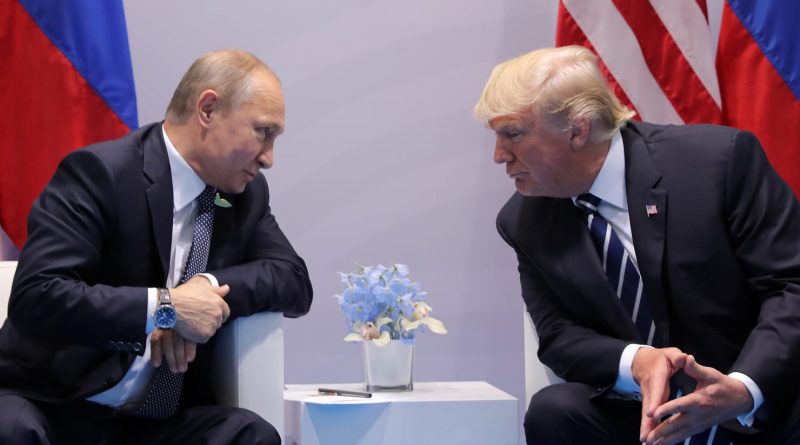 For the past weeks media headlines have been overwhelmed with deciphering Russia’s interference in the politics of the U.S. From ongoing investigations into the meddling in 2016 elections to accusations of social media platform exploitation, money laundering and lying to the FBI, the political discourse seems to be largely evolving around the concern of a foreign power compromising the democratic values, freedom of speech and the security of the U.S. Some scholars have described the U.S. – Russia relationship to be at the lowest point since the end of the Cold War. Due to these political tensions, the two countries have not only considered the limitation of media consumption from each other but also scrapping a fundamentally important Intermediate-Range Nuclear Forces (INF) treaty.

Meanwhile, there are unresolved issues in the international arena that these two countries should be addressed collaboratively. The growing tensions concerning North Korea’s assertive military activities along with the ongoing war in Syria require immediate attention from both of the parties. The media, policymakers, and scholars seem to be unanimous in the view that actions have to be taken confronting any measure of threats to the sovereignty but at the same time, they need to differ in what means should be used to communicate these actions. As important it is to set the boundaries of how far one country is allowed to meddle in another country’s internal affairs, it is also essential to recognize the threats of growing tensions and the possible consequences of the choice of actions to handle them.

The former leader of the Soviet Union, Mikhail Gorbachev has shared his opinion in the Time magazine, inviting the two countries – U.S. and Russia to handle this conflict in a diplomatic way at a negotiation table. As he mentioned in the article: “We are living in a troubled world. It is particularly disturbing that relations between the major nuclear powers, Russia and the United States, have become a serious source of tensions and a hostage to domestic politics. It is time to return to sanity.”

Here is what we read on this:

BBC reporters explain who the main actors in the Russia – U.S. “drama” are and what implications the relations between these political figures may have:

An opinion from the last leader of the former Soviet Union about the importance of finding a peaceful dialogue between Russia and the U.S. President Trump has admitted that it would be easier to settle the North Korea issue if the relationships with Russia were good.

The ongoing war in Syria reveals confrontations of the U.S. and Russia whose allies are racing to take over an oil-rich territory from the Islamic group.

An article in the Independent analyzes the damage on social media and free speech the Russian meddling might cause, forcing more regulations on the control of the content.

Here are some opinion pieces on some other important trends of the week:

Why Does Uzbekistan Export So Many Terrorists?

“The alleged New York attacker joins a long list of ISIS sympathizers and recruits from the country.”

“A century ago, Arthur “Balfour signed away Palestinians’ homeland and initiated decades of persecution. It is cause for humility, not celebration.”

America Is Not a ‘Center-Right Nation’

“This argument may sound coolheaded and pragmatic. But its core premises — that American voters are hostile to progressive economics and have punished the (increasingly left-wing) Democratic Party accordingly — actually rest on ideological conviction, not empirical evidence.”