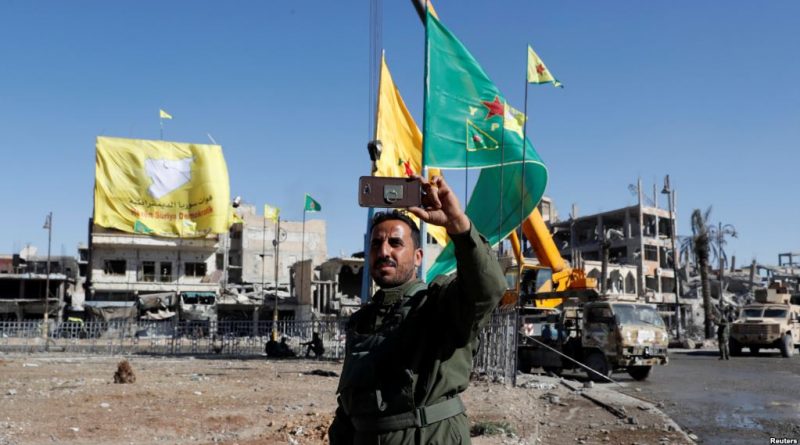 The Fall of the Caliphate

Three years of occupation of the Syrian city of Raqqa ended this month and left fighters of the so-called Islamic State of Iraq and Syria running for refuge in other strongholds.

The liberation of ISIS’s first self-claimed capital is considered a huge win towards eradicating the radical group, but there are big concerns about whether that is an achievable goal in the near future.

The anti-ISIS camp in Syria and Iraq is a large coalition of competing interests that were all briefly united by the desire to rid the region of the caliphate. Now, all of them seek to gain credit over any victory against the group and maximise their gains before the dust settles. The first outgrowth of this “post-war” period was the independence referendum in Iraqi Kurdistan, Masoud Barzani and the Kurdistan Regional  Government, emboldened by the Kurdish Peshmerga’s successful fight against ISIS, overplayed there hand and this week Baghdad reasserted control of regions like Kirkuk liberated by the peshmerga. This prompted clashes between Peshmerga fighter and security forces, a harbinger of things to come as one-time allies turn their guns on each other.

The consequences of Raqqa’s fall are felt beyond the Middle East.  There are strong arguments suggesting that, with thousands of fighters still loyal to ISIS, fighting them might be even more difficult than before and will need a much stronger and more comprehensive counterterrorism strategy. Sources in the UK have already warned that more than 400 ISIS fighters have returned to this country following the liberation of Raqqa. As a populist revival roiled the political scene in the west, largely driven by fears of Islamic migration, the possibility of a wave of future jihadist attacks portends a future of further instability.

Opinions on the Fall of Raqqa

Stephan Walt in Foreign Policy warns against “Mission accomplished” postures and writes a thorough explanation of what end of ISIS actually means and when we can declare victory over the group.

Steve LeVine Shannon Vavra from the Centre for a New American Security, co-authored a piece titled “ISIS may be dispersed, not destroyed”. They say, “The trouble with dancing on the grave of ISIS is that it fails to understand the history of fights with Islamic extremists.”

Jason Burke in Guardian explains how ISIS was defeated in Raqqa and highlights three main weaknesses that led to the group’s loss. He also explains how and where ISIS loyalists can cause a threat to people across the globe.

He writes, “There have been four big waves of Islamist militancy over the past 50 years. The first two – in the late 1970s and early 80s, and then in the early 90s – remained largely limited to the Muslim world. The third and the fourth – from the mid-90s through to 2010, and from then until now – have combined great violence in Muslim-majority countries with a series of spectacular attacks in the west. All four have followed a similar trajectory: a slow, unnoticed period of growth, a spectacular event bringing the new threat to public attention, a phase of brutal struggle, then retreat.”

Daniel L. Byman from Brookings lays out possible future moves by the group to survive. He says that, “As it attempts to regroup, the Islamic State could benefit from the power vacuum created in its absence.” Byman adds, ”To defeat the Islamic State, someone must develop good governance in its former territories in Iraq and Syria to persuade locals to help uproot the group—an unlikely task that has no credible volunteers.”

America Has Become Dispensable in Iraq

Emma Sky writes about American missed opportunities in Iraq since the 2003 invasion. She laments that the US has ceded its politcal power in the country to regional actors like Turkey and Iran.

Loveday Morris explains how the Kurdish Regional Govemrtn overreached with its independence push, alienating both the government Baghdad and its US patrons.

Harry Krejsa and Anthony Cho of the Center for New American Security write about China’s engagement with its diaspora, which may lead down the road to a more interventionist foreign policy in the region.