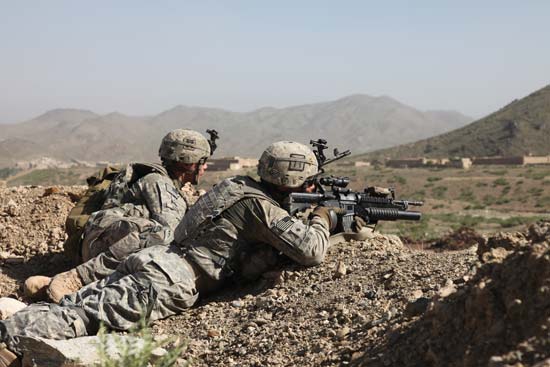 On Monday President Trump announced his much-speculated strategy for the war in Afghanistan. Afghanistan is the United States’ longest war having been waged for almost 17 years giving it the dark moniker by some “The Forever War.”

There had been a great deal of speculation regarding the president’s plan given the conflicting reports coming out of the Whitehouse. President Trump, who never made his skepticism of the war secret on his Twitter feed, early in his administration ordered a comprehensive review of the war’s strategy and possible options. If Mr. Trump wished to follow his instincts and end the war he soon ran into the geopolitical reality that both Presidents Obama and Bush faced of what a collapsing Afghanistan would mean for regional security competition.

Factional fissures began to emerge in the administration, and two dueling plans emerged. Those members of the administration we might refer to as the “military establishment”, personified by Defense Secretary James Mattis and National Security Advisor H.R. McMaster, argued for a troop surge of around 4,000 additional troops to stabilize the country and retake the ground lost to the Taliban. On the other hand, Presidential Advisor Steve Bannon, who left the administration this month, argued for an extremely unorthodox plan to privatize the war itself. Erik Prince, brother of Education Secretary Betsy DeVos and founder of the private security company Blackwater, proposed in an Op-ed for the Wall Street Journal to use a mercenary force akin to the British East-India Company to stabilize the country. Media reports out of the Whitehouse reported that this idea gained significant traction with Mr. Bannon and the president’s son-in-law Jared Kushner both of which often have the president’s ear.

On Monday, the president decided to side with the generals on his staff. Although at first he referenced his anti-interventionist instincts, he later explained that after consultation with his advisors he decided that we must continue the fight in Afghanistan. Although Mr. Trump did not mention specific troop numbers, many assume from conversations with top military officials that it will be a deployment of around 4,000, in accordance with the plan that Generals McMaster and Mattis had originally argued.

Mr. Trump also made other interesting points regarding a possible tougher stance on Pakistan and an end to “Nation Building” in Afghanistan. However, on the whole, is this Strategy a break from the past or more of the same? This inaugural posting of our Diplomacy Brief will attempt to answer that question with analysis from across the field of International Relations on Mr. Trump’s new strategy.

Opinions on the Afghanistan Strategy