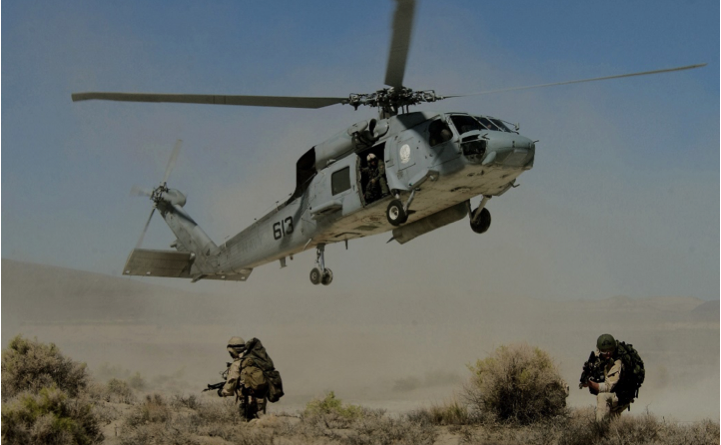 Is conflict the cure for President Trump? Internal discord abounds in the United States. Controversial policies enacted by Trump concerning immigration and abortion, as well as contentious Senate confirmation hearings, exposed the administration to a high level of scrutiny with no end in sight. Add to it the recent corroboration by U.S. intelligence, which confirmed that Michael Flynn, as a private citizen, made overtures to the Russian ambassador about lifting sanctions on Russia. What could serve as a ‘Hail Mary’ play, which would now inject bursts of prestige for the rapidly decaying image of the Trump administration? It is not repealing and replacing Obamacare, nor it is not building a border wall. I argue, while it is not desirable, the answer will come in the form of victory on the battlefield.

One point in Margaret Mead’s piece “Warfare is Only an Invention—Not a Biological Necessity” is how the human construct of warfare bestows different rewards for fighting. She writes how warfare could be prestige seeking, and the tie-up between proving oneself a man and proving this by a success in organized killing is due to a definition which many societies have made of manliness (Mead 2012, 247). Throughout U.S. history, military service has awarded high prestige and reverence. According to the U.S. Department of Veteran Affairs, twenty-six U.S. presidents came to office as veterans. While Trump lacks this feature, he can shrewdly garner similar praise and admiration by achieving victory on the battlefield; however, this would be costly for America’s overall interests and cast a shadow on his overall unpopularity.

Projecting military power abroad will be the “Hail Mary” strategy. A step before projecting power will paradoxically include a degree of retrenchment. In “Hegemonic War and International Change”, one cure for hegemonic decline that Gilpin suggests is increasing resources, such as extracting tribute from client states (Gilpin 2012, 107). We have already seen glimpses that Trump wants American allies to ‘pull their weight’ when it comes to security guarantees such as Japan. Trump and the military will execute a strategy mixing financial retrenchment in the form of exacting tribute from allies with a surge in projection of military power abroad.

Finding a suitable target for the ‘revitalization’ of the military for the Trump administration will be the tricky task. What would garner the ‘highest ratings’ in Trump’s eyes? A hypothetical war with Iran is not it, for the American public lacks the will for another large-scale Middle East campaign. The June 10-27 Chicago Council Survey (2016) found that 42% of Americans would support sending combat troops into Syria to fight Islamic extremist groups. The international climate can always change, but the current weather favors successful attacks on terrorist targets. The complete destruction of ISIS at Trump’s hands would gain the highest ‘ratings’; however, it is unlikely due to America’s unwillingness for boots on the ground as well as Trump’s reverence for Russian president, Vladimir Putin. Therefore, the glory from annihilating ISIS targets through aerial bombing campaigns will garner only mid-ratings, which is not enough for Trump; he needs something flashy.

The first counterterrorism raid sanctioned under Trump is an indication of the desire for flashy headlines gone awry. The January 29 operation against Al Qaeda insurgents in Yemen was led by none other than Seal Team 6, whose fame and allure would give the Trump administration an instant injection of prestige had the operation been a glowing success. However, one SEAL died and three others wounded, and Yemeni officials claim 13 civilians died in the hour-long gunfight, including at least eight women and children. Add to it the destruction after a crash landing of a $90 million tilt-rotor Osprey aircraft. A senior military official told NBC News, “almost everything went wrong.” Trump boastfully hailed it a “winning mission,” but it was hardly the result and hardly the figurative ratings he needs. Despite this instance of lost blood and treasure, Trump will likely authorize more operations involving elite, imagination-capturing special operations forces such as SEAL Team 6 in the pursuit of ‘huge’ wins.

I argue that in the immediate short-term context, glowing victories against terrorist targets will be the most probable manifestation of Trump’s grasp for image-bolstering battlefield prestige. However, a less likely but possible additional manifestation may come in the form of an attack on North Korean nuclear installations. This could achieve the desired ‘high ratings’, because a flashy display of the U.S. military might in the context of a ‘good versus evil’ struggle against the repressive North Korean regime. Moreover, in the battle of personalities, Trump would achieve a symbolic triumph over DPRK leader, Kim Jong Un. Nevertheless, the acclaim would cease when North Korea retaliates with a likely all-out invasion of the south, potentially resulting in substantial American casualties. However, in the game of moves and counter-moves, Trump would be able to spring the long-emplaced trip wire of American troops stationed along the demilitarized zone. Thomas Schelling uses the term trip wire as a classic form of deterrence. In this scenario, the long-established deterrence strategy would fail, because its target did what we did not want it to do, which was to invade the south.

Yet, the resulting American deaths would provide Trump with the justification to respond with his very own military intervention. Such a conflict would likely overshadow the opposition received over unpopular domestic policies due to the need for the country to mobilize for war. As divided as the American public is, the thirst for vengeance would all but guarantee support for the war effort to end the North Korean problem once and for all. The situation would spin out of control if the Chinese launched their own intervention, but Trump would have achieved the flashy conflict needed to overshadow all his other policies.

There is no end in sight for the scrutiny that the Trump administration faces. President Trump may find that the antidote for his problems is to get large doses of prestige that American society would bestow for battlefield success. The likely manifestation would be the increased destruction of terrorist targets using elite Special Forces troops. The higher the body count and more notorious the targets, the better for Trump’s accumulation of prestige. The less likely but possible strategy would be activating the trip wire of American troops stationed along the DMZ. It would result in a grand struggle that would muffle domestic dissent owing to the immediate need to mobilize for war. Warfare is the invention that Trump may choose.

One thought on “The President’s Conflict Cure”