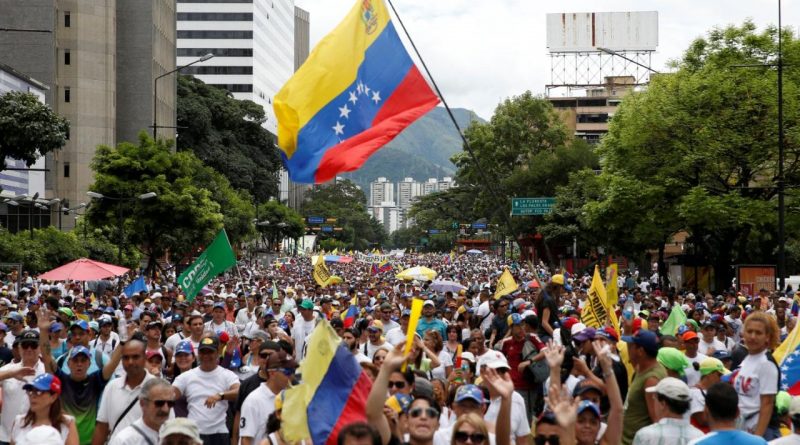 The following transcript is a translated conversation conducted by Joel Martinez with Ron Boquier, a human rights lawyer working for the organization Cofavic, in Caracas, targeting families affected by human rights violations, and Raul Castillo, who works for the vicariate office of the Bishop of Human Rights.

How influential has the international community, particularly the United States, been in promoting democratic reforms in Venezuela?

Boquier: Well, in Venezuela’s case, it has been particularly valuable. We came here to denounce human rights violations taking place in our country. International organizations, such as the United Nations, the Committee on Human Rights, and the Committee Against Torture, have strongly expressed their support for Venezuela’s human rights cases. In addition, here in Washington D.C. is the Inter-American Commission on Human Rights, a group we have worked closely with for years. The international community is extremely important because, without its help, we would not have the ability to say to the world, Listen, we have been victims of human rights abuses.

The United States government, in particular, has placed several economic sanctions against certain individuals who have received complaints of violating human rights. This includes members of the military, who have been involved in human rights violations. This sends a message to those governments that have failed to uphold human rights by saying. We do not agree with this and we want to see changes. Therefore, for us, this is extremely important during a time when civil servants, leaders who protect, or ought to protect, us within our own country have not been functioning properly. And so, in the absence of judicial independence, the international community is constantly asking Venezuela, ‘What is happening to the human rights of your citizens and why are you not protecting them?’ In the end, I believe that our fundamental objective, God willing, our leaders can respond to these human rights organizations as a way of diminishing state impunity. However, in the face of such large-scale impunity, the international community serves as a very critical option available to us in order to have the strength to move forward.

Has the United States contributed to this international discussion regarding Venezuela or has its voice been more hushed?

Boquier: No, we have seen it quite active. The Obama administration has placed, as I previously mentioned, sanctions that were very important because they targeted specific individuals who carried out military duties as well as important governmental duties. This helps because it seems as though when this overwhelming sense of responsibility becomes personal, acts of state repression experience some setbacks. This has helped us significantly. The US government has attempted to ensure that organizations have free access to information. Well, we were invited here through a program in order for us to share the experiences as well as the realities facing everyday Venezuelans.

And so to reiterate, yes, the US’ involvement has been active. Could it be more active? Well, I believe the line between assistance and intervention is quite thin. Our country has always accused the United States of being an interventionist and what have you. Therefore, clearly, they attempt to generate these changes internally.

Castillo: One important aspect I’d like to mention regarding the US’ role in this situation is the fact that there is no current US ambassador in Venezuela. This complicates the US’ direct involvement in international collaborative efforts. Despite these difficulties, however, the United States has not ceased to collaborate with us, at least in this particular program; nor is it a form of international assistance from several countries that have given life to the United Nations; those who have given support to international institutions, such as the Inter-American Commission on Human Rights. Venezuela has had a problem since 2012 due to a formal complaint handed down by the Venezuelan government to the Convention. From our point of view, this was unconstitutional because you cannot deny something that you yourself once supported. Therefore, there is a powerful judicial matter at hand. Without a doubt, the role and support of international institutions has been a big help because we felt alone after having helped all other nations throughout our shared history. Case in point, Simon Bolivar who was the liberator of the Americas. And so there are many things that have been forgotten which, thank God, have improved.

Boquier: Another important point is that we are representatives of non-governmental organizations. We do not receive state funding. State collaboration, including that of the United States, is very important because, in addition to keeping our program financially stable, it helps us in providing support to the people. For instance, we belong to an organization which assists victims of human rights abuses as well as their families. This would not be possible without the help of international collaborators. And it is through this kind of collaboration that keeps our organization afloat and our aid projects alive.

Castillo: It is, indeed, necessary. Moreover, the support should increase. However, we must wait and see how things play out.

The matter concerning Venezuela’s rich and poor populations was described today as one that is not so black-and-white. How has the framing of the conversation as a rich versus poor dynamic impeded democratic reforms from taking place in Venezuela?

Boquier: Sure. I can tell you that, based on our work, we realized that the majority of victims of human rights abuses are from the working class and the sole actor responsible for the violation of those human rights is the state. Therefore, the government has used a bit of rhetoric in setting the country’s social tone as a war between the rich and the poor. It turns out that the shortages of food and medicine and the displays of violence and impunity do not affect merely a single social class. We are not saying that the upper class is the only sector of society with no access to medicine. Rather, it is the upper, lower, and middle classes that are in the same situation. We have reached a critical point where all members of society are enduring the same problems and suffering from the same violence and impunity. This is the reason why the majority of the population, apart from seeing political changes, take place. I want a that allows me to have food, or medicine, or security.’ This much has been expressed throughout the electoral process.

Castillo: I think that the disappearance of the social classes in Venezuela is a result of the government’s economic policies. Frankly, there no longer exists a separation of Venezuela’s social classes in the sense that some parts of the society are immune to the crisis. Those from the upper class who, at one point, were company owners had their currency taken away by the government. As a result, these companies halted production, closed down factories, and laid people off. Once you are left without a job, you are no longer part of the upper class and your quality of life is automatically reduced. This creates a Domino Effect where one follows after the other, affecting the society as a whole. The escalation of the crisis is partly due to that because people who were never concerned about the lack of food or medicine are now experiencing a reality which was always foreign to them. These social issues have functioned as a wake-up call for Venezuelan society, which is currently demanding democratic options through the revocation referendum, for example.

The people have demanded for institutions which provide them true representation, in addition to demanding security and water. Look, one of the things we discussed about our trip that left an impression on us so far was the moment we asked for a pitcher of water. We were told, ‘No, just drink from the faucet. It’s no trouble.’ In Venezuela, people are bathing in contaminated water where larva permeates from the showerhead. The drinking water, in most parts of the country, is not potable. These are circumstances that were non-issues in the past. People from the upper class will say, I prefer to buy a water cistern, test it, and use it. But not everyone has this option available to them and it is an issue that affects us all.

Boquier: There is a statistic we bring up from Cofavic, the organization I work for. It is astounding that, in 2015, we registered 1,510 human rights abuse cases. Eighty-one percent of these cases, which is 1,221, consists of victims under the age of 25. Ninety-nine percent are men. And the majority of these young men belong to the lower class. And so this is indeed something that affects everyone on a grand scale. However, the ones who have suffered the most from the crisis and the violence have been young, working-class people. Therefore, this is where, ultimately, these measures adopted by the government have harmed the upper class. But the ultimate consequence has been the most underprivileged class. For instance, although I can only acquire a small amount of food for my family and I, I still manage to find food. But for someone who does not have the means to do the same is forced to find food from garbage bins. We’ve seen such things in Venezuela take place. In the face of this dilemma, Venezuela has maintained its rhetoric that the government is one in favor of the poor. Well, the current situation would suggest that they have lost that.

How has this humanitarian crisis affected the flow of migrants out of Venezuela, particularly those from the middle and upper class?

Castillo: Yes, the immigration problem is a sad situation in which few people have access to. The problem has revolved around well-educated individuals leaving the country, resulting in a leakage of talent. In fact, most companies that have closed, the workers who range anywhere from 20 to 45 years of age, request their payoffs, purchase their plane tickets, and land in the most common destinations for emigrants which have been Argentina, Chile, Ecuador, and Peru. And the few that can afford to do so travel to the United States. Every case, however, is different and every issue is distinct. Emigration is an escape not everyone has the option to participate in because people with little resources are, perhaps, very skilled manual laborers, such as auto-mechanics or construction workers. But their work does not afford them the ability to migrate. And the reality is that they are not alone. These are fathers and husbands with families of their own. Although he may be able to travel alone, the manual laborer cannot leave his family behind. Therefore, this is a complex issue where each case ought to be examined thoroughly.

Boquier: We return to the same concept that young people are the most affected by the crisis. College-educated youth are leaving Venezuela at an alarming rate. We are seeing economists, lawyers, and doctors emigrate which results in a country with no professionals left. So, it is something that for us is quite sad. It’s interesting that here in the US we had a colleague whom we are very happy for. However, this talented individual who left our country is the sort of person we all need in Venezuela.

Click here to read the Spanish version of the interview.

Joel Martinez is a senior editor at the Journal of Diplomacy. A recipient of the Sergio Vieira de Mello Fellowship, Joel recently concluded a summer internship with the Deputy Director’s Office at the Geneva Centre for the Democratic Control of Armed Forces. As a second-year graduate student at Seton Hall University School of Diplomacy and International Relations, Joel is specializing in Foreign Policy Analysis and International Security.