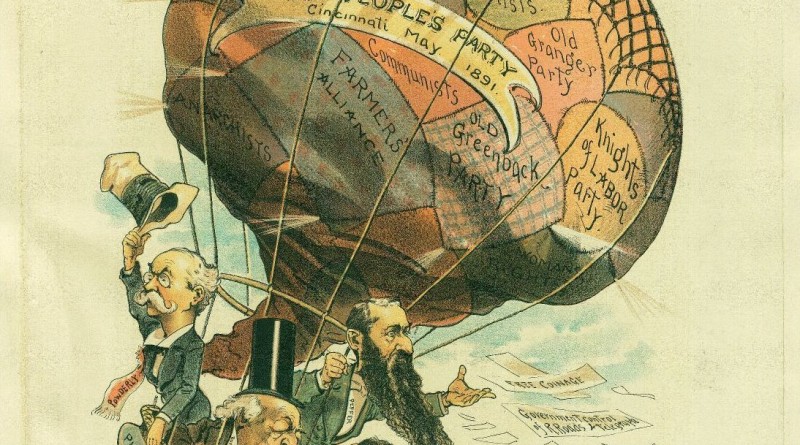 In the wake of economic unrest, as the tide pulls back, often the incoming wave is hued by populism on either end of the political spectrum. In the United States, the Populist Party was born out of a depressed agriculture sector coupled with underserved urban laborers. The movement saw mild success, mostly in the House of Representatives election of 1894. Yet as an independent political party fell short of longstanding establishment.

Populism by its definition requires a separation of the common people from the financial and political elite. US senator and Democratic presidential candidate Bernie Sanders preaches a populist message against the financial elite. Business magnate and Republican presidential candidate Donald Trump communicates his position as a Washington outsider who will circumvent the established elite. Both candidates are not shy about their message despite their unorthodox origins for populists.

Across the Atlantic populism has had a “long but marginal history” in Europe. However, following the global economic crisis of 2008 the ideology gained steam in several prominent EU member countries, notably the UK and France. Globalization has been named the primary culprit for the swelling of populism in Europe. As Bilyana Lilly and Jeremy Shapiro from Brookings Institute contend, “Successful populist parties have tapped into the anger that citizens feel with what they perceive as inadequate mainstream strategies to protect the essential character of national societies and to maintain the social safety net.” Be they refugees from North Africa and the Middle East to Europe, or South and Central American laborers to the US, a primary force for the reaction is a change to the ethnic composition of a nation.

Populism has a storied century old history, what makes it novel? Let’s begin again with the US. Though the Populists gained power in states like North Carolina based on fusion with Republicans, ultimately it would be intraparty divisions on race that would see the party fall and fail. This is where the novelty stems from. In both origin and success Populism is built on coalition. In the late 1800s it was a number of faring organizations and labor groups. As an ideology it can succeed on either side of the political spectrum. It appeals to those dissatisfied by the status quo. Like many revolutionary ideas before and after, Populism struggles to find meaningful long-term success. On a base level while unity is preached, it comes at the expense of division.

The EU’s experience with populism has been more successful in terms of its acceptance into mainstream politics. Unfortunately for many, this came during the period of fascism in the early 1900’s. It disseminated into the societies through ethnic, religious, and economic populisms. The modern variety of European populism is of the same ilk as the previous incarnation but contained within the democratic system. The global conditions in the 1900s that allowed both populism and fascism to flourish are not equitable to the setting today. Though the combination of a global economy in decline and a borderless war on terror is a potent one.

Populism is novel because despite all its incarnations it fails to deliver. A powerful message born from fear is useful for unification but fades quickly when the fear does. It’s unsustainable on either side of the spectrum. As the world looks upon the US election and sees the state of our politics, it effects our international credibility. In a globalized world that grows more connected by the second, the fear of integration might become a self-fulfilling prophecy that leaves the West disadvantaged.