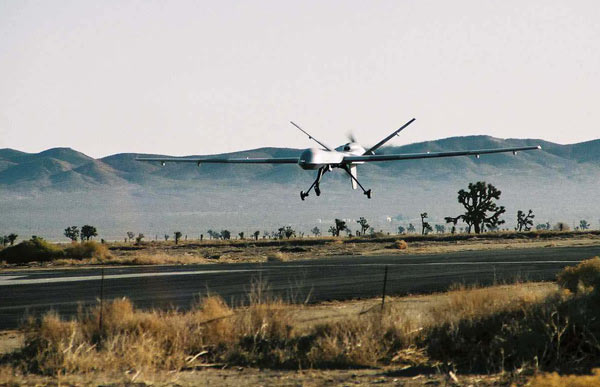 A U.S. drone strike kills a sizable number of militants.

A U.S. drone strike in Somalia killed as many as 150 suspected Al Shabaab fighters, the Pentagon said Monday, writes CNN. The drone strike hit a training camp, suspected to hold 200 fighters, that had been under surveillance by U.S. Special Forces for weeks. Intelligence reported that the group was planning a “large-scale attack”.

North Korea has threatened the U.S. and South Korea with nuclear strikes that North Korea called a, “pre-emptive nuclear strike of justice”, writes the BBC. The United States and South Korea are currently participating in the largest joint military drills between the two countries, titled Key Resolve and Foal Eagle. It is normal for the North Koreans to use forceful rhetoric during the annual training exercises between the two allies, but the nuclear rhetoric is something interesting.

Leaders of European countries gathered on Monday in Brussels to discuss the flow of migrants from Turkey. NBC News reports that the meeting was convened to press Turkey to address flows of refugees from war-torn countries such as Syria and ramping up assistance to Greece, which has been inundated with migrants. Between 10,000 and 13,000 refugees and migrants are currently camped out in Greece hoping to cross in to Macedonia, with the majority of the refugees being women and children.

Hungary plans to cut subsidies for refugees and radically reduce the space in refugee detention centers. Hungarian Helsinki Committee says the move aims to force refugees out of the country. Last year, just  508 asylum seekers received some kind of protection in Hungary, reports the Irish Times.

Eurozone inspectors are returning to Greece.

The inspectors are headed back to Greece to address a delayed review of the government’s adherence to its economic reform commitments. A successful review of the reforms that were demanded in the country’s latest €80bn (£62bn) bailout program is needed to release more rescue loans and pave the way for discussions on how to reduce Greece’s debt burden writes The Guardian. The Guardian article also discuss the progress of the Cypriot bailout, as well.

How many countries are there in the world? The U.N. recognizes 193 member states and two non-member states, the Holy See (Vatican) and the State of Palestine.

Who was the last country recognized by the U.N.? That would be South Sudan!