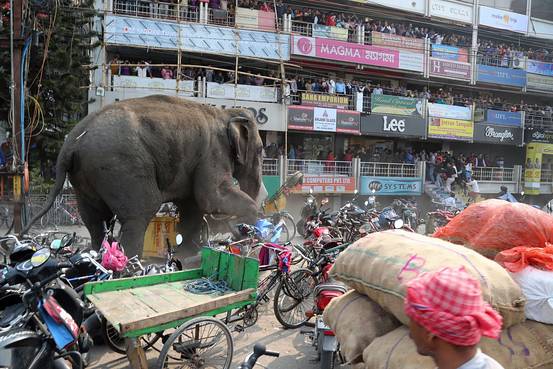 Major world powers have agreed to a “cessation of hostilities” and to the delivery of immediate aid in Syria, U.S. Secretary of State John Kerry announced early Friday, writes CNN. This comes after a meeting in Germany between the U.S., Russia, Syria, and dozens of other countries who met to work out a deal. While this does not necessarily mean a permanent end to the violence, it can be seen as a ceasefire that allows much needed aid be to delivered.

At least seven people are dead after an airstrike hit a Doctors Without Borders hospital in Syria. Doctors Without Borders called the airstrike “deliberate” and have announced that there are eight people missing, as well. Britain-based Syrian Observatory for Human Rights blamed Russian warplanes for the attack, while Syria’s ambassador to Russia blamed the United States. As the cessation of hostilities does not include terror organizations, be prepared to continue to hear about airstrikes in that region. NBC News has this story.

Following up a story last week about a murder carried out by the Continuity IRA; around 1,000 people attended the funeral in Dublin of the murdered gang figure David Byrne. Gardaí (police) were forced to close streets for a period of time as mourners walked the last part of the journey from Byrne’s family home to the church, writes the Irish Times. While it is rare for police to shut down streets of a nation’s capital for a gang murder, the sheer size of the police presence was also a rarity. The last time there was a police presence of this size in Ireland, was when Queen Elizabeth II of the United Kingdom visited.

Former Israeli prime minister, Ehud Olmert, released a homemade video protesting his innocence and maintaining that he had never taken bribes while serving in public office, hours before he headed to jail, reports the Washington Post. Olmert is the first Israeli prime minister to spend time behind bars, having been found guilty in March 2014 of taking money from real estate developers to build a massive luxury apartment complex in Jerusalem. Olmert was sentenced to six years in prison. The Washington Post story breaks down Olmert’s crime and political career.

The leading conservative voice on the U.S. Supreme Court Justice Antonin Scalia, has died at the age of 79. This leaves the highest court in American with an even number of judges, four liberals and four conservatives. His death set off an immediate debate about whether President Barack Obama should fill the seat in an election year, writes CNN. In America, the president appoints who he wishes to the highest court, but before they can take their seat, the U.S. Senate must confirm the appointee. Senate Republicans have vowed to block any appointee President Obama, a Democrat, makes.

A wild elephant went on an hours-long rampage in western Bengal last Wednesday. The elephant wandered in from the woods surrounding the town and damaged dozens of homes, cars, and motorbikes. Luckily, no one was hurt. The BBC was photos and videos of this event.